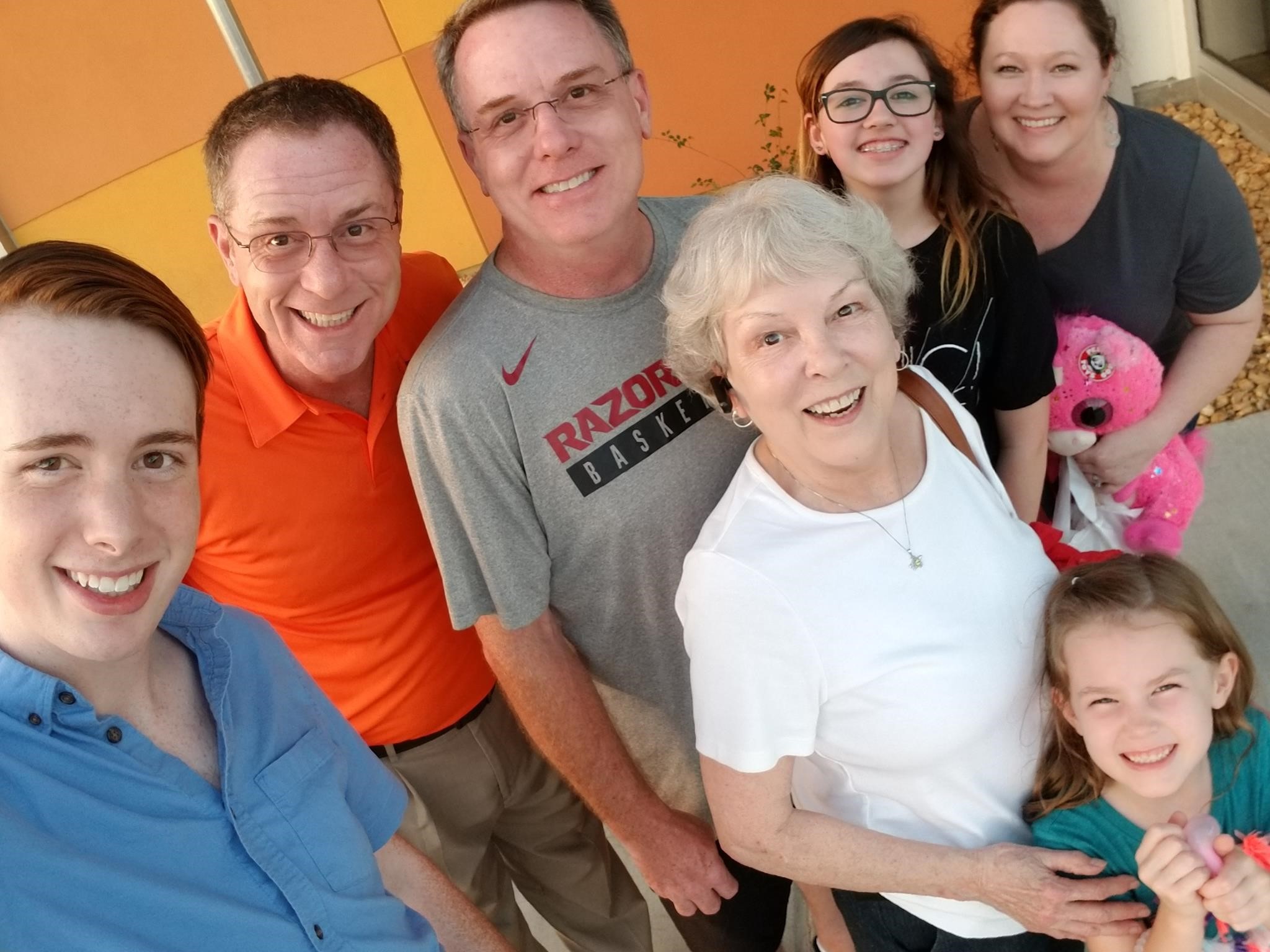 She is also an active reviewer and is holding the #59 spot on the top ranked reviewer list.

The world is flat!

I knew it!  I’ve known it all along, but couldn’t prove it.  For millions of years, we’ve been living on a flat, spinning disc like a giant frisbee - not the blue marble we’ve been told.

It took a long journey and many hardships, but here I stand at the very edge of the world.  It was something I’d been thinking long and hard for many years, but never knew how to go about getting proof.  The group I belonged to called “World’s Mysteries” had issued a challenge to prove the world is flat and offered a million dollar prize.  As far as I know, no one else took up the gauntlet, so to speak.  It was something I knew I had to do.  I might not make it back, but I had to try this.

Let me tell you how I made this discovery.  It wasn’t easy, and I was ridiculed every step of the way.  How the news media found out about my project was a mystery, but they hounded me everywhere I went.  Thinking up ways to avoid them became another job.

At first, I couldn’t decide which way to go.  Should it be north to south, or east to west?  North and south would put me in polar weather, so I decided not to go that way.

Since I live in the South, I had to drive up to the east coast and start from there.  I’d marked my maps to show the straightest line across as possible.  One for this continent, another for the rest of the world.  And so I began.

Amid shouts, laughter, and hoots of derision, I packed my little Honda Fit, loaded my Great Dane, Spock, and off we went, heading west, pledging to keep a daily journal.  I started out in early morning to avoid the sun in my face all day long.

All the historical markers were great temptations for me to stop and visit, but I held tight.  The same with beautiful scenery and fun places.  I’d never make it if I gave in.  I drove straight on, only stopping for gas, food, and other necessities, and set myself to drive eight hours a day.  Taking the back roads was the best way to go.

We stopped in small town in the Smokey Mountains, and found a reasonably nice motel.  The sign said pets were welcome.  They meant that.  When I went to register, the night clerk said Spock could stay, but humans were the most destructive, and I would have to find other accommodations.

After that, I bought a pup tent in case we had a problem with both of us staying in the same motel.  The tent was barely large enough for two, and learned very quickly to claim a spot before Spock did.

I won’t bore you with details of every stop I made, but simply show you my progress.  Needless to say, I was careful how to answer when asked where I was headed.  “Wherever the road takes me,” was my standard reply.

When I reached the Pacific Ocean, I bought a small yacht.  Getting everything loaded on the deck, I dressed us both in life jackets.  Just in case.  Even if I could swim, which I can’t, no telling how long we’d have to tread water until we were found.  If a shark didn’t find us first.

On Hawaii, I took on supplies, gas, food, massive amount of dog food, etc.  We sailed close to Pitcairn Island, a place I had always been interested in, but it was too far off my course to visit.  So, I headed for Papua, New Guinea, and found it not to be a safe place to stop longer than necessary.  It seems the natives were not accepting of visitors, and made it apparent in the strongest way.  Crime was rampant, and I made quick work of getting supplies, and was extremely happy to set sail once more.

Maneuvering through the many islands of Polynesia proved to be quite the task.  Who knew there were so many!  They were beautiful, and I was tempted to visit some places, but resisted and went on my way.  I’d heard stories of places that were not safe to go.  Later in my trip, I would sail close to Sentinel Island where many had been killed just for landing there.  But we’ll get to that later in the story.  Maybe.

Loneliness was never a problem.  I had my faithful, if somewhat nervous, dog with me, and there were so many things to fascinate me in the ocean.  I especially loved the whales, dolphins, and sea birds.  Even the sharks held a certain attraction, but I was a bit antsy with them around as I had visions of one jumping on the boat.  I don’t think even 180 lbs. Spock could take one on.

I altered my course to head to the Indian Ocean.  It was there I passed Sentinel Island.  Even the sight of my humble little vessel set the natives shouting and gesturing menacingly along the shoreline.  Arrows were flying too close to comfort, and it didn’t take long for me to figure out what they meant.  It was obvious they had never seen such a beast as a Great Dane, and there was much shouting and barking from ship to shore.  Even the bravest of the brave wouldn’t dare test them by getting closer, and there was no way I was putting in to shore there.  In fact, India has made it a crime to approach the island, wanting to protect the natives and their culture.  It crossed my mind that eventually, they would die off for want of new blood, so to speak.

Passing near Sri Lanka, I headed out for Madagascar.  I could see the wildlife as I sailed by, and thought about landing for a while, but I didn’t know how well I’d be received. I certainly didn’t want to disturb the resting animals and birds.  There were various animals on the beach, and I swear I saw a seal wave at me, and another seemed to be barking messages to Spock who responded with much glee.

Taking out a map, I saw it was quite a way to my next stop, unless I found some land not on my map.  With some trepidation, I sailed on in hope I’d reach South Africa before I ran out of gas, or worse, food.  I was tempted to stay a while and get some much needed rest, but I only had so much time and money to finish this trek.  So, I got everything ready and took off again, this time crossing the Atlantic Ocean.

I set sail for America.  Having set the course to go northwest, aiming for the east coast where I first embarked on this journey, I sat back and relaxed a bit.  Soon, I would have shown the world is flat, and began getting my camera gear ready to take pictures as evidence.

I calculated I wasn’t far from South America when a storm came up and tested all my sailing skills, along with my courage and stamina.  It quickly blew its best at me, and then trailed off into the horizon.  I had survived a sea storm, and most likely, a very mild one.  I prayed I wouldn’t encounter another.  I might not be as lucky again.  We were fortunate neither of us was swept overboard.

I headed almost due north, hoping to reach the Caribbean, and then past the West Indies, and on toward the east coast of America where I had started this odyssey.

Then I saw it.  I had reached the end of the world.  No land in sight.  I had come to the brink of the flat earth.  Thank goodness, I saw ahead with enough time to reverse engine and drop anchor before I sailed off the edge.  I took out my camera and photographed the edge of the world and the space beyond.  My little yacht was anchored on the brink of nothingness.  Had I not stopped when I did, I would have dropped off into space.  There would be no evidence or record of my journey.  No one would ever read my ship’s log where I had detailed every day along the way.

I stayed there for almost two days.  I was dumbfounded at what I saw and what I found to tell the world.  Without the ship’s log and the photos, no one would believe I stood on the edge of a flat earth.  But there I was, and with proof!

I wonder how the world’s population will receive this information.


© Copyright 2023. damommy All rights reserved.
damommy has granted FanStory.com, its affiliates and its syndicates non-exclusive rights to display this work.
Don't miss one of our own....
Read Kaiku


The Good Son
A poetic take on a classic.

Pays: 8 points. and 52 member cents
Copyright © 2000 - 2023 FanStory.com. All rights reserved. Terms under which this service is provided to you. Our privacy statement.
top
You Have No Rank
Share 4 posts to be ranked.