When we meet in the future... 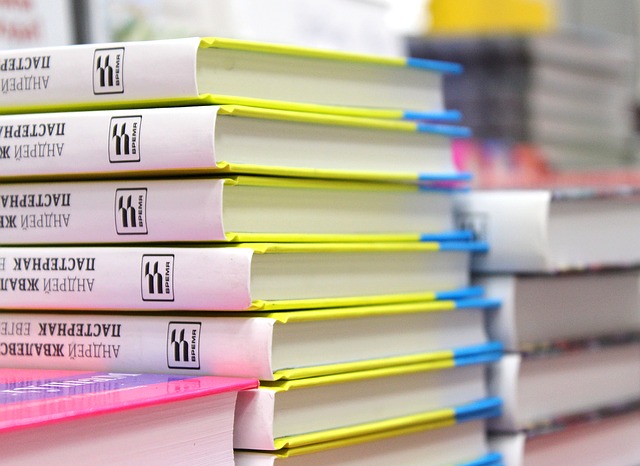 The book convention was more than AJ expected, probably because she only attended business and homeschool fairs... she'd never made so much money! The copies sold like hotcakes.

AJ chatted with each customer having interesting conversations, sharing laughs, or favorite books and authors, occasionally stumbling over her words. But she convinced them that her story would not disappoint.

She got the usual loud or giddy people, gasping and exclaiming how amazing she was when she revealed her age and when she published her first book. Some people just bought the book, not saying more than five words, eager to get home and curl up with it.

AJ took breaks in between, walking around to observe the other booths that interested her, weaving in and out of the small congregations of people. After talking with one vendor, asking her to set an item aside, AJ walked back towards her table. She was half-way there when she noticed a man leaning over her booth. Her eyes widened. Could it be?...

The man known as Ric Myworld on FanStory turned. Now that she could see him face to face, he had to be at least ten to fifteen years older, handsome with dark auburn hair and a short beard.  His brown eyes twinkled at her.

She laughed at his comment, coming up to him to shake his hand.

Of course, like every other man she met, he complimented her on her grip strength.

"Yeah, you can thank my dad for that," she said.

"So why are you here? I wasn't expecting to see you at all," she declared, changing the subject.

"Well, I couldn't miss a chance at getting my copy of The African War Queen signed," Ric declared, grinning.

At that, Ric laughed.

"Okay, AJ. How about you come NY and set up your bookstand there?" he suggested.

She opened his copy to the first page to sign it when she saw a number scribbled at the bottom. She copied Ric's number on a separate piece of paper and slipped it in her pocket.


What Would Happen? contest entry

This could really happen. (I dream it does.) I haven't been to a Book convention before but I hope to attend one in the future. (After COVIID) And I don't think Tx, is flat, dry, or ugly. But it is hot!
Pays one point and 2 member cents.


© Copyright 2022. AJ McCall All rights reserved.
AJ McCall has granted FanStory.com, its affiliates and its syndicates non-exclusive rights to display this work.