He is a top ranked author and is currently holding the #96 position. 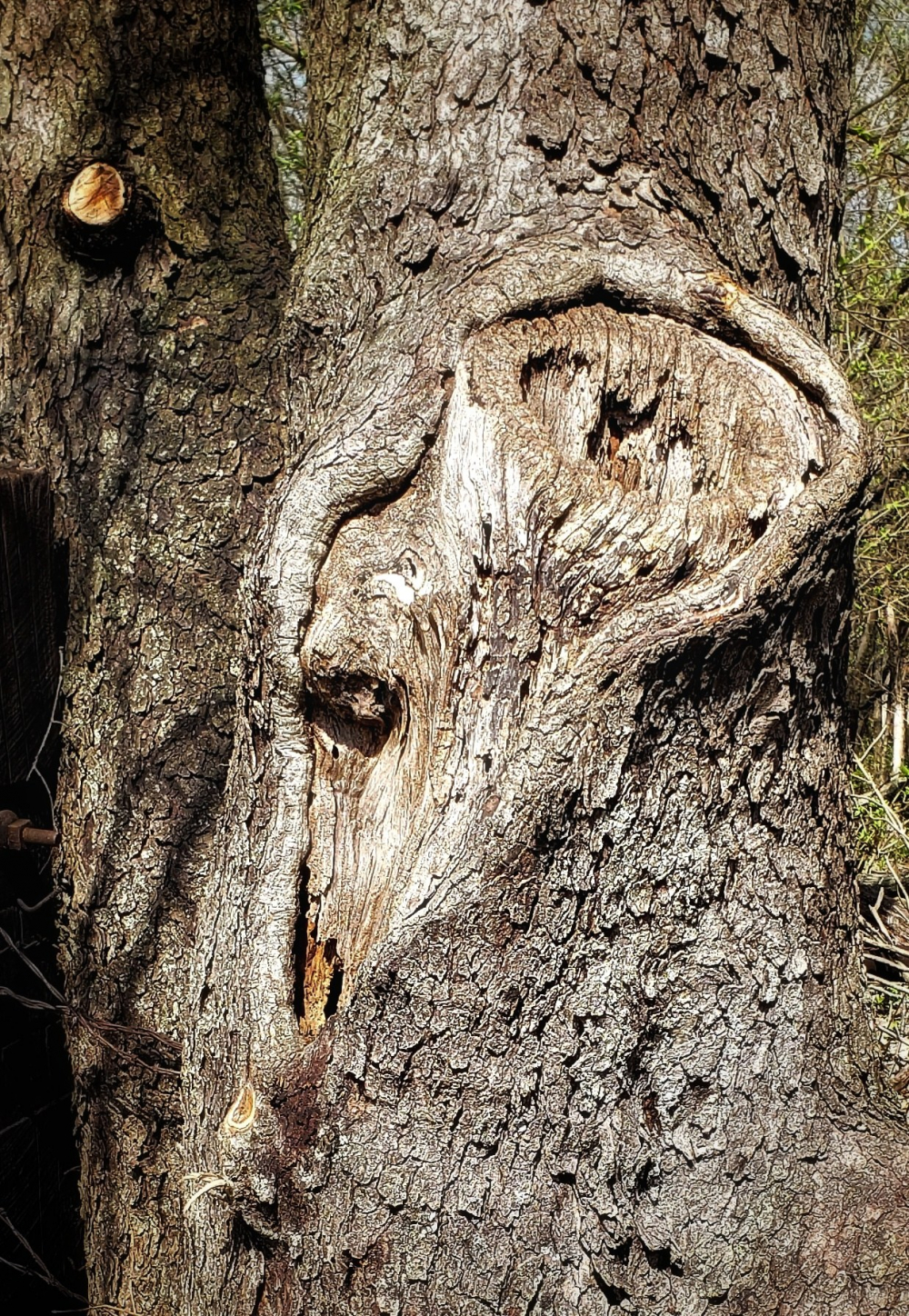 "May I buy you another?"

"A second 7Up. No way. You look old enough to know the rule. Hell, you look old enough to have written the rule. While passing the time with a dancer not on stage, you must purchase her a higher priced drink. The cliche beverage, especially in the movies, would be a champagne cocktail. Here, anything with an umbrella will do."

"Do you have a preference?"

"Not really. You pay and I maybe take two sips. I have one more turn on stage tonight, and then it's home with a clear head. Maybe you should order the Hawaiian Margarita, and give young Frank there, some needed mixology practice."

"Happy to oblige. My name's Ted. What should I call you?"

"I remain anonymous until you fork over some details. Question one is why is a grey haired alien from another era sitting by me in a topless joint off I-5? Surely you are not talking me up in search of a night of ecstasy. How old are you anyway?"

"More like 45. Did you escape from your family, or some retirement village? Maybe you are a demented pervert?"

"Just a traveler heading back south. A vagabond whose pervert days are in the past. Promise. But dare I say, whatever-your-name-is, you must be much younger than you appear. Are you extremely tired tonight? Maybe a little ill?"

"Mr. Ted, haven't you learned in your seven decades that a woman's age or looks aren't proper topics for adult male-female conversation?"

"Miss whoever, I was attempting to gain some footing as a misplaced grey haired alien who is trying to maintain conversation with such a glib gabber as you. A gabber who lectures in the land of 'nobody else knows anything any better than us'. Dear, I have been on the left coast before and I am not intimidated."

"Please, don't label me a local. I am from New Mexico and unforeseen circumstances have delayed relocation. You may call me Sally, and yes, I am tired. I had an 8 o'clock class with lab this morning, and then parent-teacher meetings for my daughters after lunch. Still, I will muster enough energy to put up with you not knowing why."

"Appreciate your kindness. Perhaps it's merely my duty to hold your interest sufficiently to keep your eyes open. So, what are you studying?"

"Don't laugh, or mock...Old-growth Forest Ecology. Very interesting and highly informative when the instructors stick to science. I have a bachelor's in biology and have nearly earned my graduate degree. That degree should make me an asset in a lot of locations not here. A much better situation for a single mother with two young girls."

"So for you it's no great problem to have an old moss covered craggy oak provide a little temporary shade and relaxation while you break? A touch of homework for someone thriving to become an expert on trees and coexisting life forms in the woods."

"I can manage for 15 minutes or so. You don't seem too dangerous. Do you really see yourself as an ancient oak? I can see where your hair might be mistaken for moss."

"No, I am simpler than that. Having been born and raised in the nourishing heat and humidity of Florida, I most resemble a human Sabal Palm. The species has proved its toughness by surviving hurricanes, tornadoes, droughts, and floods. It stands and observes all. Call me afterward if you need a boat dock pylon or a roof on a tropical hut."

"So, you are comfortable gently swaying in the wind, while confidently paying no heed to happenings around you. I am to believe you therefore describe your 72 years as standing alone, oblivious to the world's problems. That's hogwash."

"Let's not get snippy, Sally. What tree do you most resemble?"

"Probably the 'Blue Quandong' found in the Southeast Asia, to include Australia. It is a fast growing evergreen which produces a large marble-size fruit that is a lovely cobalt blue."

"Ted, check your Internet. Unusual in nature, the blue color is not from pigments in the plant, but rather a surface structure which reflects blue light. The color still shines brightly after aging. Popular as a food among birds and an occasional flying fox, humans find its taste tangy and sometimes bitter."

"Now that is a scientific tidbit. And what are the names of your two beautiful marbles who probably have already begun to develop a tangy vocabulary thanks to their mama's expert tutelage?"

"Jenny is nine and Jessie is six. And before you bring it up, I fight daily to eliminate any outward bitterness on the fatherless home front. But as a rather young widow with two daughters, I insist all of us are capable of weapons-grade 'tanginess'."

"I can see the logic in that approach. And of course, you chose a tree which is most known for its lovely offspring. But Sally, I sense another tree which may be closer to the deeper you."

"Go ahead, grey haired wise one."

"Sally, I submit that you resemble a 'Norway Spruce'.

"Ted, I am no Christmas tree!"

"Just listen. It is the classic yuletide tree. It has traveled from Europe and is now the most common 'City tree' in communities around the globe. Its placement in any room or park celebrates a yearly highpoint in millions of people's lives. There is a renewed comfort for families as they pass the festive time in its presence. For the young, it promises that anticipated morning joy will come with the sunrise."

"Get real. I am not Miss Christmas. Do you always get this crazy after one beer?"

"Calm down, please. About a week ago, I stopped here on the way north to visit an old army buddy who has a home near the town of Elma, west of Olympia. I watched the customers while you were on the stage. Sure, there were a few glassy eyed over-drinkers who pulled money from their pockets. Notably, there were no boisterous catcalls."

"That corner. You didn't know me then. Significantly, most of the crowd acted as if the atmosphere had changed. Most seemed to be in thought...not trashy thoughts. Perhaps memories of people, maybe dreams that hadn't come true, or dreams that still live. I don't know. Your bouncer seemed to watch the crowd closer when you were up there, and the young bartender did not move while you danced. Respect for who you are, I think."

"Probably my Ginger Rogers moves. What did you think?"

"I thought you were the center of attention, but not for the usual reasons in such a place. Your good looks and physical flexibility are admirable, of course. However, you appeared to dominate this place like a Christmas tree dominates a living room, spurring all kinds of reflective thoughts."

"Back to the spruce, are you?"

"Yes, because I heard a Stradivarius violin played once. Very special. As you probably know, its superb sound board was made of 'tone wood' from a Norway spruce in the European Alps. Maybe you'll just be the sound board for your daughters. More likely, others. I'm sure you're future is more than bright, and I believe you know this."

"I dance in five minutes. You going to study the audience again?"

"Here take this card. It has my phone number and email address. Sally, if you and the girls find yourself in Texas, my home is just south of Brownwood. I apologize for not staying, but I have a 5 o'clock wakeup call set for the morning."

"My actual name is Bethany...Bethany Lynn Sherman. Mr. Ted, take care of yourself, so this card has a purpose."

I miss face-to-face talks on the front porch in the cool of the Florida evenings of my youth. Much more healthy than social media contacts.
Pays one point and 2 member cents.


© Copyright 2020. howard11 All rights reserved.
howard11 has granted FanStory.com, its affiliates and its syndicates non-exclusive rights to display this work.
Advertise With Us
Contemplation
At mountain peak, in search of peace