Angel of Ireland~ For Shannon 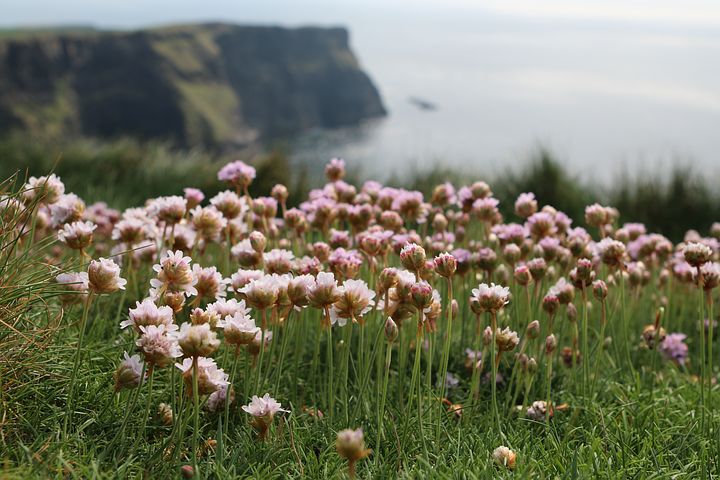 Summertime in Ireland is like a shooting star, breathtakingly beautiful, but fleeting.

The grass is a wild array of verdant fields, laden with the most recent drizzle, dotted here and there with Sheep's Bit and Bog-rosemary. But when the sky is blue, and wind somewhat tolerable, it's heaven on earth.

Assorted tales blew on these warm winds, and with them, the Angel of Ireland, Dr. Sedrick McGrath. His wings were seldom seen for he kept them tucked inside. But an angel, nonetheless.

No matter the weather, he wore a brown, dowdy-looking overcoat, tweed hat, and carried a leather satchel for doctoring. Everything about him was disarming to even the coldest soul. His friendly demeanor and generous spirit were his signature traits.

For reasons no one could understand, he frequented the local pubs and establishments that were family owned and operated. The good doctor was quite fond of authentic soups and stews, according to lore and held strong opinions on everything Irish.

He always knew the scores, no matter the sport, and what resided in the human heart. Ireland's needs were his concern.

Today, a desperate situation presented itself, or should I say, herself. She was easy to sight, traveling in the rain down Wayfarer's Crossing in Duncannon Township.

Her red hair was unkept, a loose braid she'd tried to remedy on her own. She wore a yellow rain slicker accented with polka-dotted rain boots. Most noteworthy, was her scrappy, one-eyed teddy bear. No doubt, the daughter born of Ireland was an adorable creature. She did not walk, however; she marched, Teddy dangling by one arm.

The angel's assignment changed as soon as The Almighty spoke. "Yes, Heavenly Father," he responded. "I have her in my sights right now."

The angel pulled over in his '68 Renault and parked. Bowing his head, he prayed for guidance so that he might fully understand before approaching her.

Suddenly, there she was, standing in front of his sanctuary on wheels. She plopped Teddy on the hood and stared at him with curious eyes. "Well... aren't you going to offer me a ride?"

"That depends," said the angel. "Where are you going, little one?"

"My mum is sick and needs a doctor. I think any doctor will do... or a nurse."

"Well now, it just so happens that I am a doctor! How about that?"

"Really? Can you come straight away?"

"Yes. How about we share my umbrella? That's your house up there, isn't it?"

"Doctor, please don't tell my mum I found you. She wouldn't want me to be out by myself."

"I promise," he said, kissing his fingers to God.

The two made their way up the hill to the little cottage. Just as the girl opened the door, she gasped; racing to her mum's side.

"It's not too late, she's only tired. Let's get her to bed. Fetch some tea if you have it, Lass."

She ran off without saying a word, and immediately returned. "By the way, her name is Deidre Callahan. My name is Shannon." At that, she left and prepared the tea, careful not to scald herself.

"Mum has been teaching me ladylike ways. To prepare tea and serve it without spillin'... needs a steady hand. I hope this is pleasing," she said, balancing the cup and saucer on the nightstand.

"Shannon, thank you," whispered her mum. "You're doing splendidly. I was so worried you had run away."

"Mum, I would never! Me and Teddy--we were just needin' some fresh air."

Doctor McGrath looked into Deidre's grey-green eyes as he held her hand. As soon as he touched her, she felt strength surge through her body. "Deidre, take this tea and drink it down." She did as he said and felt better.

"I will be sending a crock of soup for your supper from O'Shaughnessy's Tavern. You must rest now and get your strength back. It will be enough for a few days. I'll call for some Irish soda bread and cream butter to go along with it so that you two can get some meat on your bones," he said, tickling Shannon. "No argument... do ya hear? Doctor's orders!"

"Wait until I follow-up, then I'll send you my final bill."

"Shannon explained to me that you haven't had steady work for months."

"She did? I've never said a word. Humm. I guess my worries followed me home without knowing...." Motherly concern displayed itself as her brow furrowed.

"Shannon, may I have just a moment with your mum? Possibly some shortbread to go with this fine tea?"

She patted his head. "Yes, Doctor. Does this mean I'm your nurse?"

"Absolutely! And, such a helpful one."

Deidre's misting eyes followed Shannon out of the room before she spoke. "It's my time, isn't it?"

"Yes, but do not fear. Not for yourself or Shannon. I have a married couple, you see... lost a little girl last year. They're hoping to adopt."

"One month. Don't waste a day. Spend every moment with Shannon."

Food was delivered regularly to the Callahan's home, and was prepaid by the good doctor, including a generous tip.

The Angel of Ireland returned to Deidre's side and held out his hands one last time.

"I knew you'd come today," she said. "Take care of Shannon and watch over her."

"Granted. You have my word."

He closed her eyes and kissed her forehead. "Go now. The Lord awaits you, Deidre Callahan."

Shannon was adopted as promised, and learned to love her new home. Teddy loved it, too.

Be someone's angel. Every kindness and generous gift is angelic. Pay someone's overdue bill, pay for the coffee order behind you, or takeout meal. Be as generous as you can, yes, even in these tight times.