Back to Normality by tfawcus

He is an accomplished novelist and is currently at the #6 spot on the rankings.

The Seal of Quality committee has rewarded him with 1 seals. He is also an active reviewer and is holding the #77 spot on the top ranked reviewer list. 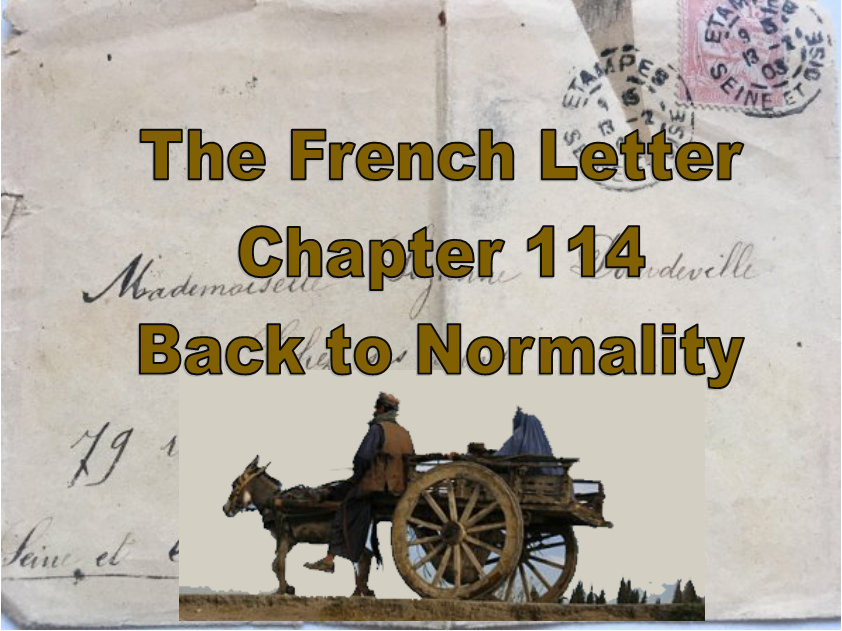 She saw the sense in my suggestion, and when we had exchanged weapons, I slid the Khyber knife back into its sheath with a sense of relief. "Don't hesitate to use it if he gives you any trouble," she said. "Take him back to Auntie Mozama's. We can finish our business with him there."

Although I said nothing, I didn't intend to do any such thing. I'd already decided to hand him over to the border police at the earliest opportunity. It didn't do to take the law into one's own hands. The Pakistani authorities could deal with him as they thought fit. Mind you, I doubted he'd fare any better with their infamous Inter-Services Intelligence Agency than if I left him to the tender mercies of Kayla and Helen, but that was beside the point.

I was worried about leaving Kayla and Helen, especially with Helen in such a fragile condition. It was still early afternoon and some four hours before sunset, but the temperature would start to drop before that in the shadow of the mountains. On the other hand, I knew from Mozama's map that we were only a couple of miles from Karakul and probably even closer to outlying habitations. There was also a clearly defined track along the edge of the Bumburet River.

Abdul proved to be an impediment for, with his hands tied behind his back, he had difficulty keeping his balance. His ribs were obviously painful and his breathing laboured. We hadn't gone far before I decided to cut him free. He cowered away when I drew the knife from its sheath. "What are you going to do with that? In the name of Allah, have mercy."

Mercy, I thought -- a fine word coming from his lips. It would have served him right if I'd used the knife as he feared. One thing was certain; he was in no condition to escape. Nonetheless, I took the precaution of searching him for concealed weapons before slicing through his bonds.

"You'd better not try anything. I won't hesitate to use this on you." I brandished the ancient blade in front of his face to make the point.

He glowered but said nothing. Our progress was faster now he had his arms free, but he winced with every breath, and by the time we reached the outskirts of the village, he was coughing up specks of blood. I suspected a rib might have punctured his lung; in which case he wasn't going to be able to travel much further.

We hadn't gone far before we met a heavily bearded man walking beside a donkey pulling a nearly empty cart. A young girl in traditional dress accompanied him. He met my plea for help with a blank face. Blank eyes would be a more accurate description, for there was little I could see of his face under the bird's nest. The girl, however, spoke passable English and understood our plight. They loaded Abdul onto the cart, where he lay with his head resting against a faggot of brushwood. His lips had by this time taken on an unhealthy, bluish tinge.

"We'll take him to the Alexandra Hotel at the other end of the village," she said. "I work there part-time. The owner will know what to do."

I explained to her about Kayla and Helen, also mentioning Auntie Mozama. Her face lit up. "My friend, Minaxi, was here earlier today telling me about the visit of her cousin, Kayla, and the two handsome Englishmen." She blushed as she realised what she had said but quickly recovered herself. "My boyfriend has a motorbike. He and his brother can go back up the valley and pick up your friends. They will think it quite an adventure to give them a ride back to Auntie's house in Batrik. I'll go and find them."

Before she left, she spoke with her father. His grin as she translated his response was like a crescent moon emerging from black clouds. "He says he'll take you and your friend to the hotel now. It isn't far."

Abdul would not have agreed. A quarter of a mile travelling in a primitive cart over a stony, potholed track with a punctured lung must have seemed like

a medieval torture. Add wooden wheels banded with iron, and a donkey whose jolting progress depended on the tastiness of the roadside vegetation, and the Inquisition could not have done a better job of refining his torment.

The proprietor of the Alexandra Hotel was a jovial man called Farrokh. He welcomed me like a long-lost brother. However, on hearing who Abdul was, his demeanour changed. He spat in his face. It transpired that a young lad had been beaten to death by a group of ISIS militants only the week before for refusing to acknowledge Allah.

Farrokh slapped me on the back and said he'd be delighted to deliver this most evil of men to the Police Checkpoint at the head of Bumburet Valley. Ten minutes later, we bundled him into the back of a dilapidated wartime jeep. My newfound friend gunned the engine with sadistic pleasure, and we disappeared in a cloud of dust. He clattered over the corrugations at such speed that I was in danger of losing my teeth. I glanced back to see how the King of the Jungle was faring. He had passed out.

As we approached Batrik, I could see the sleek form of Bisto's black Rover parked in front of Markhor Lodge. I tapped Farrokh on the shoulder. "This is where I get off, my friend. You may have the pleasure and all the kudos of turning The Lion in to the authorities." I thought for a moment he was going to kiss me.

Bisto was in the lounge, his feet up, and a glass of mulberry wine in one hand. "Good to see you, old chap. This stuff is beginning to grow on me. Care for a glass?"

I sat down beside him. As if by magic, Chaprasi appeared with a bottle on a tray together with a pack of five Hamlet cigars, which he passed to Bisto. "Mind if I smoke?" he asked, reaching for a box of matches. "Awful things, but the best I can get around here."

He blew a perfect smoke ring and tried unsuccessfully to send another through the middle of it. "Blast! I seem to be losing my touch."

"What happened to Ash?"

"Don't know, really. Nasty piece of work. I drove him to the Chitral Hospital and left it at that. Dropped in to the Hindu Kush Heights for a spot of lunch, and came straight back here."

He took a sip of wine before continuing. "Chaprasi and I had a good chinwag in your absence. Splendid fellow. His brother runs a restaurant in Maidenhead. He's thinking of selling this place and joining him." He held his glass up to the light. "Maybe I'll sponsor him when I get back to The Willows. I like a good curry."

I looked at him in disbelief. Suddenly, the events of the past few hours seemed a world away. I listened to him ramble on for a while before chipping in. "We managed to rescue Helen."

"Did you, old chap? Jolly good show. I thought you must have done. We heard the balloon go up. Quite a bang. How is she, by the way?"

"Good idea. Women are much better at soothing and comforting, and all that guff."

"I suppose so. She didn't want to have anything to do with me."

"Don't worry. Just needs a bit of time. She'll come around eventually. You mark my words. Fancy a top-up?"

I held out my glass, and he filled it to the brim. "Chaprasi says we can stay here tonight. I'd leave things alone if I were you. See how the land lies in the morning. We can always go back to the Hindu Kush Heights for a few days if need be. I'd like to have more of a look-see before we head home."

Advertise With Us
Eternity's Last Waltz
A free verse memory from 1962 when I was 21.

Pays: 8 points. and 67 member cents
Copyright © 2000 - 2020 FanStory.com. All rights reserved. Terms under which this service is provided to you. Our privacy statement.
top
You Have No Rank
Share 4 posts to be ranked.