The Lion's Den by tfawcus

He is an accomplished poet and is currently at the #25 spot on the rankings.

The Seal of Quality committee has rewarded him with 1 seals. He is also an active reviewer and is holding the #56 spot on the top ranked reviewer list.

Chapter 112: In which Charles makes a crucial mistake. 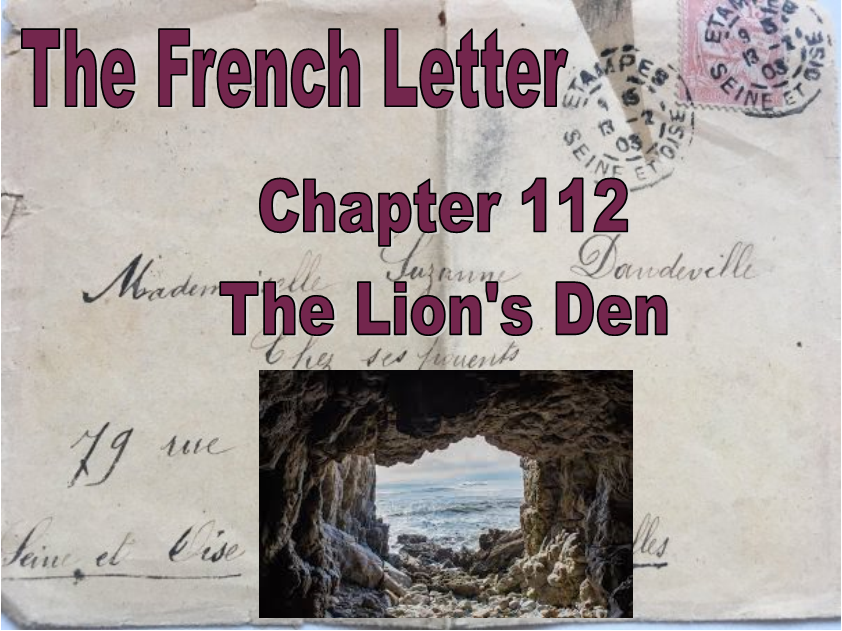 It wasn't long before a lone man came into view. He was carrying an AK-47, which he leant against a tree while he bent over his kill. It was a small specimen, I guessed not more than half-grown.

I made the most of my chance and stalked

up on him while he was busy tying its legs together. Seizing his rifle, I brought the butt down on his head. He slumped forward, senseless. I rolled him onto his back and unfastened the belt of ammunition slung across his shoulder then drew my Khyber knife. A Pathan hill fighter would have had no qualms about slitting his throat. However, at that moment his eyes opened. He lay staring up at me in terror.

Finding myself unable to murder a defenceless man in cold blood, I took a few steps back, put the knife away, and motioned with the rifle for him to get up. The poor man struggled to his feet, and we stood facing each other while I considered what to do next.

I could see the group of three deodar trees not far ahead and realised we were close to Abdul Jaleel's hideout. The man confronting me had to be one of his men out foraging. He only needed to cry out, and any hope of surprise would vanish. On the other hand, a second rifle shot would raise no suspicions. My finger remained poised on the trigger.

He raised his hands above his head. "Please - don't shoot."

I hesitated, surprised to hear him speak in English. Clearly, my disguise as a Kalasha tribesman was less effective than I'd imagined. Perhaps the briefcase lying where his gun had been was the giveaway. I backed towards it whilst keeping him covered.

The non sequitur gave me a sudden surge of hope. Could this be Bamforth's mole?

"Yes," I replied, "as long as people aren't throwing them at me."

"That won't be necessary now." A fleeting smile crossed his gaunt face. "It was lucky you didn't kill me, English. It seems we are on the same side. You know who I am, of course?"

"How wise. Names are not to be given lightly. What you don't know cannot be forced from you."

His suggestion reinforced the reality of our situation. "Is Helen safe?"

"No-one captured by Abdul is safe. She is alive."

"What about her sister? Has she arrived?"

"No, but she's expected. Two of us have been posted on the overhang above the cave entrance as lookouts. Usman is still there. We shall have to get rid of him."

I was puzzled. I couldn't understand how I'd arrived at the caves before Kayla. Hers was the more direct and easier route. It crossed my mind that she could have absconded with the money after all and left Helen in the lurch. Unbelievable treachery, but the temptation might have been too much for her.

"It is time I went back to the lookout. Usman will wonder where I am. After hearing my shot, he will be expecting me to return with my kill." He bent down to lift the ibex and staggered with the weight of it. "Help me hoist this goat higher on my shoulders." It was obvious that he was still a bit groggy from the blow I'd dealt him. "You'd better give me that knife of yours, as well. You've already shown you're not prepared to use it. His death must be swift and silent."

Again, I hesitated. Shaggy brows overhung his eyes, lending depth and intensity to their dark pools. Blood from the ibex glistened on his collar.

"You're a strange man, English. Not able to kill an individual but," and here he glanced at the briefcase, "no qualms about calling destruction down from the skies. The coward's way."

I knew he was right, but I would not give him the knife, nor did I intend to use it myself except in self-defence. I was no savage, but a civilised man. Civilised? Was that the right word for a man planning to exterminate Abdul and his men like rabbits in a burrow? What was this madness I'd got myself into?

"Keep well back, English. If Usman catches sight of you, you're a dead man."

"Wait a moment! If he sees you without your gun, he's bound to suspect something's wrong."

"You're not such a fool after all."

I accepted his backhanded compliment with grudging good grace. He lowered the ibex to the ground, took the proffered gun, and slung the ammunition belt back over his shoulder. A sense of relief flooded over me as I rid myself of the cumbersome weapon. After all, if things turned out badly, I still had Ash's pistol hidden in my pocket - and the magic blade, of course.

I trailed behind my new-found ally, keeping to the cover of bushes and boulders. After a few minutes, I heard Usman come down to greet him. The two men chatted and laughed as they dragged the ibex back to the lookout. I crept as close as I dared and watched from behind a juniper bush as they resumed their position overlooking the valley. Usman was spreadeagled on the ground looking through his binoculars when the butt of the AK-47 came down on the back of his head. The second blow was delivered with even greater force. It would undoubtedly have broken his neck.

His assailant beckoned to me, and I crept forward. "Here, put this on." He unwound the soiled keffiyeh from the dead man's head. "You'd better wear his jacket, too."

Although the idea repulsed me, I did as he suggested. He helped me wrap the keffiyeh in the style of an Afghan tribesman and stood back to survey his handiwork. Then, nodding his approval, "You'll pass for him - at least from a distance."

With the headscarf wrapped around the lower half of my face, I was almost overcome by the fetid stench of stale sweat. I pulled it away from my nose and, looking down over the valley, I drew in a deep draught of clean mountain air. There was a glint of movement from among the rocks on the far side.

Nudging my companion, I pointed. He took up the binoculars and held them steady, shielding the lenses with a cupped hand. "There's someone down there."

He handed me the binoculars. No doubt of it, Kayla had arrived. I watched her move carefully from one boulder to the next, pausing frequently to scan the approach. She had a small, green rucksack slung over her shoulder. When about fifty yards from the cave entrance, she stopped and called out.

"Abdul Jaleel! It's me, Kayla. I have come with the ransom." Her words echoed from the valley wall and faded away into silence. She called again. "I am alone. Bring out

my sister." There was still no reply.

He grabbed at me but was too slow. I was already slithering down the rough track made by mountain goats and dislodging small stones as I tried to keep my footing. It wasn't until I reached the bottom that I realised I'd left the briefcase behind and that the key to it was still in the pocket of my discarded woollen chugha.

Photo by Jonathan Rautenbach on Unsplash
Pays one point and 2 member cents.


© Copyright 2020. tfawcus All rights reserved.
tfawcus has granted FanStory.com, its affiliates and its syndicates non-exclusive rights to display this work.
Advertise With Us
Rain of Revival
Time for the rain.