She is also an active reviewer and is holding the #39 spot on the top ranked reviewer list.

Bill wants McKenzie off the case. 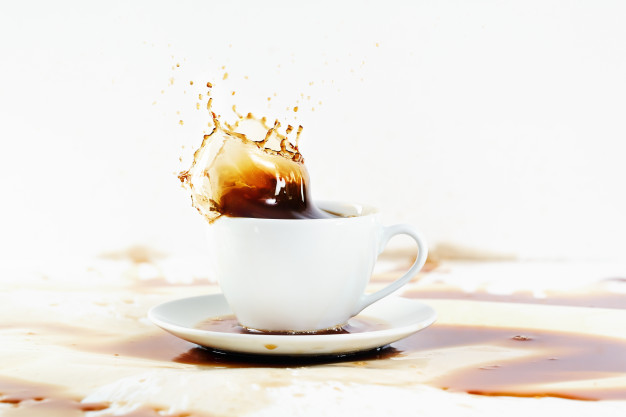 It's very early Thursday morning, probably around 1:00 A.M. McKenzie and Logan have known each other 9 days. LOL

Logan shut, locked the door, and studied McKenzie sitting on the couch. "Want to talk?" He sat beside her.

The silence continued as she cuddled into his chest and fell into a restless sleep.

Logan reached over, grabbed an afghan, and covered McKenzie. If we're going to continue these late night rendezvous, she needs to wear more night clothes. How do I approach that with her?

"How are you doing this morning?"

"Horrible. Did you really expect any different?"

"No." He hesitated. "Feel like coffee or going back to sleep? I doubt we need to be up early today. We won't get any information until later."

"Coffee." She stood and stretched. "And you're probably right."

Logan gulped as he noticed her T-shirt rise higher on her thighs. I need to address this, but how?

McKenzie tilted her head. "Is something wrong?"

He gulped. "Nothing other than life is getting very dangerous around here." In more ways than the obvious. He went toward the kitchen. "I'll start coffee."

"I'm going upstairs. Don't worry if I'm not back immediately. I might be awhile."

"Why would I worry?"

Logan shook his head while he watched her walk up the staircase. And you, young lady, give me plenty of reasons to worry.

*****
Logan drank coffee and studied the bulletin board in the den while McKenzie was upstairs. He paused when he heard, "Were you worrying?"

"Nope, you gave me fair warning that you might be awhile."

McKenzie pointed to his cup. "How many have you already had?"

He held it up. "This is my third. I'll make a fresh pot. Ready for breakfast?"

"Maybe, but I'm really not in the mood for a traditional breakfast." McKenzie glanced at her watch. "Do you do brunch?"

"I can. Any suggestions?" He opened, scanned the cupboards, and then did the same for the refrigerator. After pausing to think, he asked, "How hungry are you? What I'm thinking may take a while." When she crinkled up her nose, he quickly cut up some fruit and cheese. "Nibble on this, and your brunch will be ready in about an hour."

She took a bite of apple. "I don't want you to go to a lot of trouble."

He took out a mixing bowl. "I have nothing better to do. We're stuck here until we hear from Mitch or Bill. I might as well stay busy."

Logan brought over the coffee pot. "Fresh and hot." He poured her a cup. "Can you postpone it until next week? Maybe things will settle down by then. Besides, I've waited this long, I can wait another week for your list of what you're looking for in a husband."

Ignoring his comment, she continued, "Probably, but how would it look?"

"Right. Too busy to do the job. I don't want that image." She smiled.

"I understand." He measured flour. "Talk with Mitch or Bill. Maybe they'll have a solution. I know you like donuts. There's no yeast, how about cake donuts?"

Her eyes twinkled. "You can do that. I haven't had donuts in forever."

He chuckled. "It may seem like eternity, but I'm pretty sure it's only been a couple of days."

"You can. After I mix the batter, you can press out the donuts and fry them. I'll make the breakfast pizza."

"Great, two of my favorites in one meal."

"Nutrition isn't your strong point, is it? I'll make both of these as healthy as I can." He studied the mixing bowl. "There's no hope for donuts."

*****
A little over an hour and a half later, McKenzie rubbed her stomach. "This was really good. Thank you."

"You're welcome. I'm glad you liked it."

They both turned their heads at a knock on the door. Logan stood. "I'll get it."

"I can answer my own door. It's probably Mitch or Bill. Even if it's not, I can take care of myself."

"I don't doubt that." Logan opened the door and offered his hand. "Hello, how you doing?"

Bill shook it. "By the sounds of things in here, better than you are." He chuckled.

McKenzie ran to him and threw her arms around his neck. "Bill, you're all right."

"Of course, I am. I was inside the drugstore when the car blew. Just a little shaken."

Logan asked, "Do they know what caused the explosion, yet?"

"They're pretty sure it was a car bomb but no clear evidence yet."

McKenzie's hands were firmly on her hips. "But no evidence to the contrary either."

"True." Bill walked farther inside and looked around. "Looks like you just finished eating."

Walking over to get a cup, Logan said, "I bet you could use some coffee and something to eat. There's plenty left. Let me fix you a plate."

Bill sat. "That would be nice. We need to talk."

As McKenzie sat beside Bill, Logan fixed him a plate. After Logan sat, Bill said, "I want you off this case. It's too dangerous." When she opened her mouth, he added, "It's not up for discussion."

"You can order me all you want, but I'm not stopping until I discover who murdered Megan. I accepted a down-payment for my services and signed a contract. I'll stay with this job until it's finished. I'm not a quitter."

Logan forcibly set down his cup. Coffee splashed onto the table. His voice remained calm as he said, "Under the circumstances, I'm sure my parents won't mind. They wouldn't willingly put you in danger."

"I'm sure they wouldn't mind, but I would." She glared at Bill. "By the way, I'm pulling surveillance for Mrs. Whitmore tonight, also."

"It won't change anything even though you used my full name," she interrupted. "The outcome will be the same. I'm doing it with or without your help. Logan can come if he wants to, but I'm doing the jobs I was hired to do. I'm also going to interview Donny's neighbor within the next couple of days."

When Bill looked to Logan for help, Logan raised his hands chest high and then placed them on the table. "Her mind's set. I doubt we'll change it."

Bill's eyes pleaded with her. "Would your dad approve? Would he want you to risk your safety like this?"

"Dad taught me to follow through with what I started, that I should never quit."

Closing his eyes, Bill took a deep breath, released it, and then lifted his coffee cup to get a drink, but it was empty.

Logan got up and refilled it. "Try this."

Bill took a long drink. "Thank you." He paused and then touched her hand. "Mac, please."

"You're like family to me. You've been in my life since my earliest memories. You and Joanie have been the uncle and aunt I never had." She got up and hugged him. "But you know me. I can't quit. I need to follow this through. If I quit now, it'll haunt me the rest of my life. Please help me follow this through." She kissed his cheek. "Please."

Logan nodded. "I'll do my best to keep her safe. I promise. She's grown on me, too." McKenzie gave him a questioning gaze, and then he added, "A discussion for another time."

Bill emptied his coffee cup with one long swig. Reluctantly he said, "I'm in." He placed a phone call. "Mitch will be here in few minutes.

Thank you google imagines of a photo of coffee splattering. I'm sure Logan is frustrated with Mac. I wonder how he keeps from getting angry. I really appreciate your help. This post is a little over 1200 words. I hope you don't mind the length. Logan and McKenzie continue their search for Megan's murder as they get closer to becoming a couple.
Thank you for your generous support.
Pays one point and 2 member cents.

Advertise With Us
The Locked Gate
A child's fantasy.