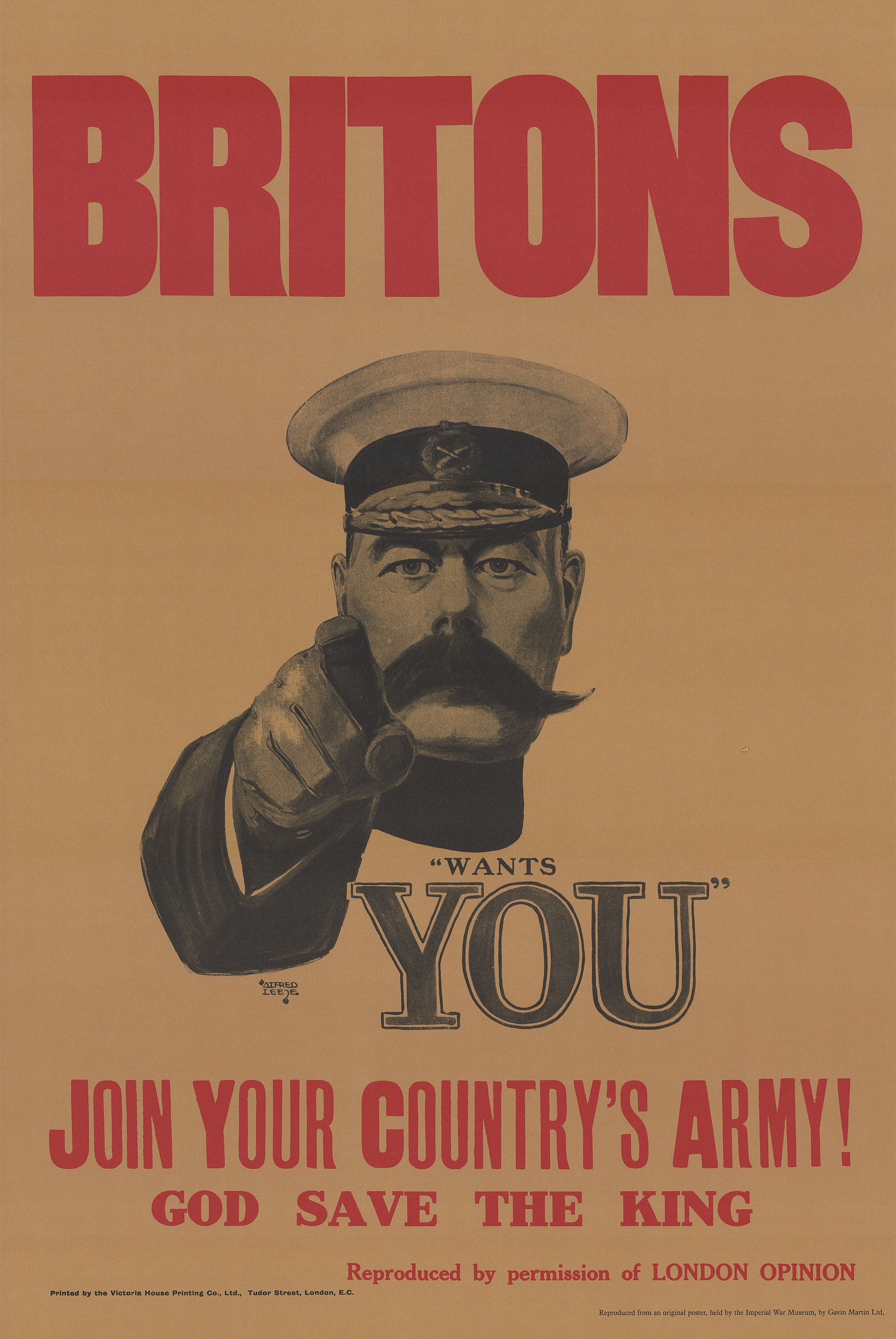 This is the second story in my series, "Letters from Heaven's Gateway."

Penned words of love can work miracles, giving hope, forgiveness, and closure to those who need it.

My next story is about the kind of love that never gives up.

How the battle rages on. Two things before me--and only those two sustain me. God, and you, my lovely Eleanor.

I feel your soft hands wiping my brow, and hear your voice speaking line by line in all your letters. Thank you for sending your envelopes sealed with rose perfume, Dearest. A much needed relief from the stench of death. I keep them tucked in my coat near my breast. The very thought of you keeps me alive.

This battle is pure madness, a bloody hell!

Somme, France, has received her dead, but has still refused me. I'm glad, for Love's sake, that that I may return to England and marry you. It is my daily prayer, and for your safety.

I pressed my lips to my hand and sent you kisses while out on patrol last night. I hope they found you in the moonlight, my love. Catch them and put them to your lips.

I've lost sight of the lieutenant who gathers the morning mail and must hurry this along. The urgency of war and it's constant interruptions are of the most depressing nature.

There are times I have trouble breathing, and this concerns me. Hopefully, the war to end all wars will end, and I will still have something to offer you.

If I make it back to England intact, I promise I'll never leave your side. I can't imagine a life without you, my loving bride-to-be.

I had a vision of us--just as a patch of blue sky opened after a torrential storm. It was June, and we were happily married with garden roses all around.

The lieutenant was late to gather letters from the troops. Heavy artillery fire prevented the supplies from moving for days. Yet, Corporal Reggie Smith was determined to get his letter to Eleanor. He would go about it the right way--traveling by foot to the next encampment, and from there, the next. He would not give up until he found a way to get his letter to her.

It would cost him dearly, this penned gift of love--loss of a leg plus most of his right hand, and scars would mar his handsome face. He would survive the battle, but lose his will to go on. His tortured mind and broken body would convince him he had no future with Eleanor Thompson, none at all.

Eleanor looked over her wedding dress as she put it away. "No. Reggie is alive--I just know it!"

She hurried down to the war office straight away without so much as a hat. She parted a sea of soldiers, most of them despairingly disfigured.

It was then she recalled a line in the last letter. Reggie said, "Hopefully, the war to end all wars will end, and I will still have something to offer you." Looking at these poor soldiers, she grasped what she hadn't been able to comprehend until today: Reggie may not want me to find him!

The local Army Registrar's Office was easy to spot with its long line of inquiries pouring out the front door and down the street. Thankfully, Eleanor's beauty and politeness moved her quickly to the front of the line.

There was one overworked clerk stationed behind a tall mahogany desk. Eleanor stood on her tiptoes to get his attention.

"I have one list, Miss. Each name is marked accordingly," he said, pointing. "Deceased, wounded, missing in action, and discharged. Don't be fooled by the last category. Many of those men are a lifeless shell," he said in a whispered tone.

"I can see that." Eleanor gathered the enormous pile of papers and sat by the window where a small table was offered. This will take hours if not a full week. No matter, as long as it takes. I must know if what I suspect is true.

There were at least three hundred soldiers with the last name of Smith. She would start with the living. She wrote down all those who were R. Smith and one Reginald B. Smith. Her Reginald Fitzgerald Smith was not on any list, living or otherwise. She painstakingly wrote the names and addresses in a large leather-bound journal. Eleanor felt like Sherlock Holmes for the moment, ignoring her inner voice of despair.

Day after day she pored over the lists, randomly visiting a few Smiths every day. Many times she left a note in the door with her calling card if no one answered, but to no avail. So many had died. Soldiers were still unaccounted for.

She would lie in bed at night and wonder. Have I passed him on the street without knowing? Has he been locked up in a psychiatric ward? These thoughts made her cry herself to sleep.

One night when sleep was far from her, a plan came to mind. The local hospitals were full to the brim with wounded soldiers. What did she have to lose? She was surrounded by them. I will take to the infirmary closest to me and work my way from there.

Eleanor arose with the sun and baked muffins until she ran out of flour. She wrapped them in wax paper and lined a basket. "Today is my first official hospital visitation," she announced.

However, Eleanor was not prepared for what she saw. It was a ghastly sight, and the smell was atrocious. One of the soldiers couldn't speak and jerked uncontrollably, shrieking with every movement. She prayed underneath her breath as she moved room by room through the hospital's corridors.

She delivered all the muffins down to the very last one, studying the face of each grateful recipient. Nothing. Most of the men were in love with her before she left for the day, one boldly calling to her.

"Miss, may I have a muffin for Gerry? He's away right now. I'm sure he'd love one. Goes on and on about his girl, you see. Lost his leg attempting to get a letter to her."

Eleanor paused for a moment. "Where would I find this... Gerry?"

"Gerry Smith. He's typically in the rose garden, but he has been taken downstairs to critical care."

She hurried down the stairway with her one muffin in hand.

"Hello. My name is Eleanor--Eleanor Thompson," she said, almost out of breath. "May I see Gerry Smith? I understand he had been moved here."

"Family only," snapped the nurse.

"I'm not certain, but I think he may be my fiance. Please, I've been searching for so long. We were to be married this month--that was, until he disappeared."

The nurse met her eyes. "He's not in a good way, Miss. Keep it to a short visit today."

She entered quietly and sat by his bed, watching him sleep. The suffused light shone across his scarred cheek and the two fingers missing on his right hand. Tears rolled down her face when she saw the white bed sheet covered only one leg.

Eleanor wiped her tears and tried to calm herself. She cleared her throat to stir him.

Reginald Fitzgerald Smith turned away, burying his face in his hands. "Don't look at me, Eleanor," he said in a raspy voice.

Eleanor moved closer, sitting on the bed next to him. She lifted his face to hers, then held up her left hand. "Can you still see, or are you blinded, too? I wear the ring you gave me because I love you. I don't care about any of this," she said, pointing to his leg. "I adore you."

"How can I provide for you, care for you--have children? I have nothing to offer you anymore. I release you from our promise," he moaned. "I just can't."

"Both. I love you too much to saddle you with this."

"Kiss me now! If you can live without me, then at least we had our goodbye kiss, Reggie."

"I'm dying, Eleanor. There it is. Look upon your disappointment one last time and free yourself!"

"You are not now, and never were, a disappointment, Reggie." With that, she gathered her things and headed to the doorway. "I will send you a kiss from the door, my love. Catch it, and press it to your lips."

Eleanor blew a kiss and stepped outside the door. She made walking sounds on the hardwood floor, but remained outside, just out of sight.

It was then that she heard mournful sounds from his deepest soul. "Come back! I love you, dearest Eleanor," he pleaded.

She looked into the room to see Reggie's hands pressed against his lips, his face pained and drenched with tears.

She called to the nurse. "Do you have a hospital Chaplain? I thought I saw him when I came down the stairs."

Bolting down the front steps, she caught sight of the Chaplain and hurried to catch up. "Please, my fiance is dying and we wish to marry before he goes. Can you perform the ceremony?"

"Take your time. I'm going to bathe and dress him myself. I'd like to clip some roses from the garden and set them about his room, as well."

Reginald and Eleanor were married in a private ceremony with the fragrant blooms of June all around. The bride was dressed in love and so was the groom.

Reggie lived one more month, sustained by the warmth of his sweet Eleanor. He left her a departing gift, delivered in a blue blanket eight months later--Reginald Fitzgerald Smith, Jr.