The First Battle by Cindy Warren

She is an accomplished novelist and is currently at the #19 spot on the rankings.

Aaron and Dylan fight off invaders 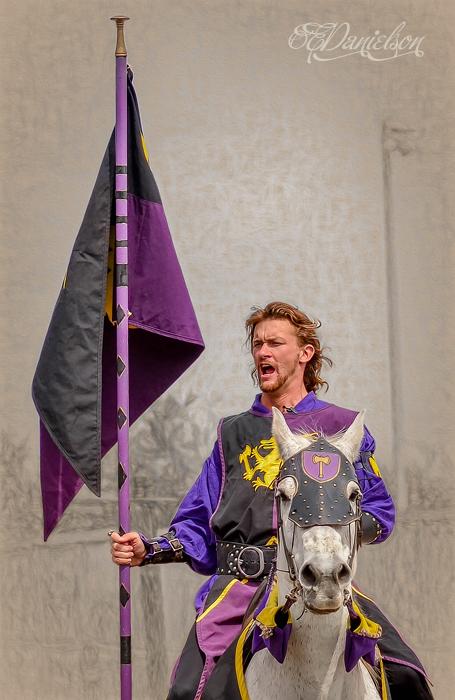 This was something Aaron hadn't considered. He knew the horses had left a trail a blind buffoon could follow, and that was why he'd signaled Dylan.

"You want me to come with you?" he asked.

"Yes, of course. We can use another man. There's nobody better with a longbow than you. You don't think we're going to leave you here alone, do you?" said Dylan.

"I guess not." Aaron couldn't say he was not alone. He had to decide what was the best way to protect Duane and the dragons. If he stayed, he knew there was an entire battalion headed his way.

"You know I'm a little rusty with the sword," he said.

"We can go outside and work on that right now."

Aaron picked up his sword and shield. "Let's go."

For the next hour his concentration was totally absorbed by fencing with Dylan. Dylan was tough, and let Aaron know exactly where he was weak. By the end of the workout, both were exhausted.

"You're a little slow with the sword," said Dylan. "But you hit what you shoot at, so that's what you'll do tomorrow."

Aaron realized he'd known it all along. He couldn't defend his charges on his own. The enemy would not be taken by surprise twice. They'd likely have men searching the bushes. His best chance was to throw in with Dylan and his men and drive the invaders off before that happened.

"You've got yourself another man," he said.

"Now, I'm going to give the horses a little more water," said Aaron. "I didn't want to give them too much at once and cause bloat."

"I'll have one of the men do it," said Dylan. "All the horses need water, and I see they aren't objecting to the land around the cabin any more."

Aaron didn't know what to say. He had wanted an excuse to get away and talk to Duane.

"Okay," he agreed. "It will be dark soon. You and the men can use the cabin. I'll take the first watch. I'm not quite ready for sleep."

"You go ahead and send that helper what don't exist home before he gets in any trouble. Then get some sleep. First let my men take care of the horses. I don't want to see you with your tail draggin' in the morning."

Aaron didn't argue. He watched Dylan until he disappeared into the cabin and went to find Duane and the dragons.

"You'll help by staying here and taking care of the dragons. You keep them here, or they'll be shot the minute they're seen. There will be a lot more men this time."

"I know, Duane. There's always that chance, but Dylan and his men are the best. This is our best chance. If we sit and wait for them to hunt us down, they will."

Reluctantly, Duane agreed. Aaron returned to Dylan to make plans. The dragons stayed out of sight.

An hour later it was dark. Aaron took his blanket and stretched out next to his horse. Mountain and Yellow joined him under the blanket. Within a few minutes they found themselves again in the dream with Blue.

"Yes." Aaron did his best to explain things to them. "Dylan and his friends will help me send them away."

"No," said Aaron. "Those men will put arrows into you as soon as they see you."

"They better not see dragons," said Aaron. "Dragons will be dead. Understand? Make sure they all understand."

The night passed too quickly. Aaron awoke before dawn, and Mountain and Yellow crept off into the forest. He saddled Demon and went to find Dylan. He and the men already had the stove lit and were scrounging around the cabin for whatever food they could find. They had brought little with them, and their search had turned up a few apples and a couple of wrinkled potatoes. After a meager breakfast, they set off.

They followed the deer trail to Hidden Lake. Dylan thought there was a good chance of finding the enemy there. He expected they too would set out at dawn to retrieve their horses and take their revenge on Aaron. They'd be looking to pick up the trail from the lake.

Dylan halted them just before the lake, listening.

"Hear anything?" he asked softly.

"Good. I think we got here first." He sent archers, including Aaron, to take up positions and wait.

They didn't have to wait long. Aaron had to resist the urge to whistle between his teeth. He'd expected maybe a dozen men, but he saw at least fifty. They were seriously outnumbered. He didn't see a choice, and Dylan apparently didn't, either.

Several men fell, and their fellows quickly fell into formation behind large, rectangular shields, leaving their fallen comrades where they were. Aaron could see arrows pointed at them from between the shields.

This was a problem. A few archers tried firing over top of the shields, but the men simply tilted them to protect their heads as well. Neither Aaron nor Dylan could see a way to penetrate that wall of shields. Retreat was not an option. It would allow the enemy into the trees, giving them the advantage.

The enemy began to advance. The wall of shields moved toward them. Dylan's little band was in serious trouble. That was when the first rocks fell from the sky. Aaron aimed and fired as soon as the shields were lifted. He saw a couple of others do the same.

Next to fall was a burning log. It hit the ground, spraying hot sparks between the shields.

"They didn't," Aaron muttered. But he knew they had.

Rocks and burning sticks rained down from the sky. The men were startled, but soon realized the firestorm was solely aimed at the enemy. They seized the advantage. None of the amazed men could see where it was coming from.

Aaron remembered what Blue had said. Blue hadn't agreed that the dragons wouldn't help him, he'd simply said the bad men wouldn't see them, and they hadn't. Aaron had no idea how, but he was sure he knew who.

The enemy scattered, some running for the lake and others for the woods, to be cut down by Dylan and his men. A very few managed to mount their horses and flee behind their shields. Arrows and rocks flew everywhere.

One man blundered into Aaron, sword drawn. Aaron responded, remembering his match with Dylan yesterday. Dylan was one of the best. This opponent was only average, and hadn't been looking for a fight, but wasn't about to back down and be jeered at as a coward. He swung wildly, hoping for a lucky strike. He didn't get one, and Aaron soon had the upper hand. His opponent struggled valiantly for a few more minutes, then threw down his sword in surrender.

It was all over. A few who had fled into the lake returned home with stories of invisible lake monsters who had chewed on their body parts. The man who had surrendered to Aaron, along with a handful of others, were being taken back to the king for questioning. Any horses still milling around were tethered together for the trip back to the king's stable.

Once the prisoners were securely tied, Dylan handed them over to Gareth, who had no desire to return to the cabin.

"You're in charge," he said. "You know what to do. Take these men to the castle and take care of the horses. Tell the king I'll be there soon. Aaron and I have some business to discuss."

Aaron pointed them in the direction of the main road and joined Dylan on the deer trail.

"I was as surprised as you," he said. "I'm no wizard. I can't make stuff fall out of the sky. I don't have that ability."

"Aaron, you know there's a couple of dozen men headed home right now with a pretty fantastic tale. Whatever secret you've been keeping is out. She saved our hides just now. Maybe we can save hers."

"She's dead. I expect she has to stay that way."

"Are you telling me you've been talking to a ghost?" Dylan asked in disbelief.

"I don't know," said Aaron. "She's not one to take orders. You can go back to the cabin and talk to her. She might answer you, or she might not."

"I want to try. You know this isn't over. She chose to help you. I knew you had some help, but I figured it was either that kid or some farmer with a hay fork. I didn't figure on this."

"I have a feeling you're in for a few more surprises."

They rode in silence for a while as Dylan mulled things over. Things had taken an unexpected turn. Magic was something he'd never given much thought to, but after the morning's adventure, he was willing to take whatever help he could get.

They'd arrived at the cabin, and unsaddled their horses, leaving them together in the clearing. Inside, they found hot tea and a pot of stew just beginning to bubble.

"Where did that come from?" Dylan asked. "There was no food here this morning."

"I told you to expect a few more surprises. Don't worry, you're perfectly safe. Leave your weapons by the door. You don't want to scare anyone.

Book of the Month contest entry
Pays one point and 2 member cents.


© Copyright 2020. Cindy Warren All rights reserved.
Cindy Warren has granted FanStory.com, its affiliates and its syndicates non-exclusive rights to display this work.
Advertise With Us
Let's Move To There
Read Author Notes First: A silly poem in my art & style