He is a top ranked author and is currently holding the #15 position.

He is an accomplished poet and is currently at the #42 spot on the rankings.

The Seal of Quality committee has rewarded him with 3 seals. He is also an active reviewer and is holding the #67 spot on the top ranked reviewer list. 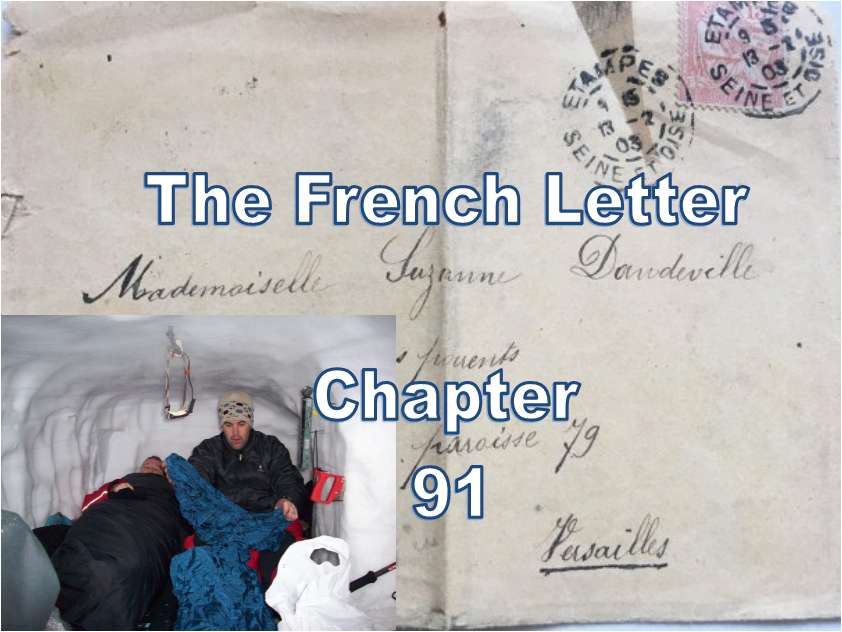 Our games were interrupted by an impassive soldier with an AK-47 slung carelessly across his shoulder. He beckoned us across to the checkpoint, where we handed over photocopies of our passport ID page and Pakistan visa. Both were scrupulously examined, as he compared the photographs with our frozen faces. After a short delay, they were exchanged for the precious entry-exit pass issued to foreign tourists entering the Chitral region.

"Take great care of these," he said. "Travel is not permitted without them."

The sky blackened as we climbed back aboard, and there was an ominous rumble. The first heavy blobs of snow began to hit the windshield as we queued up to enter the six-mile tunnel connecting Chitral to the outside world.

Several trucks were already in the queue, their intricate paintwork as gaudy as gypsy caravans. They groaned under loads twice the height of their cabs as they rumbled forward. It was hard to imagine such vehicles crossing the treacherous ten-thousand-foot pass, yet Hassim assured us they did, and that they sometimes still do.

"People die each year going over Loweri Top. Many accidents in bad weather, losing control and crashing into the ravines below. Some are being swept off the road by avalanches and rockfalls. A very dangerous road, swirling mists and so on." He continued with typical fatalism, "... but if the tunnel is closed, there's no other way."

We were about to move off when a Pakistani soldier climbed aboard. He sat next to Hassim, his gun resting lightly across his knees. Hassim turned and said, "This is our security guard. He'll be with us until we arrive in Chitral."

As he spoke, the leviathan in front of us started to roll into the darkness. Our headlights illuminated the ghostly load towering above us, and for a moment, I fancied its taillights to be the bloodshot eyes of a monster luring us into its den.

Our journey through the tunnel was slowed to walking pace at times. However, the delay faded into insignificance compared with a seven-hour trip over the top. At one stage we were stopped for more than a quarter of an hour. "It's a good thing that neither of us is claustrophobic," I said.

Helen edged closer to me. "I hope it won't be too much longer. There's an eerie feel to this place, and the air tastes stale."

Hassim glanced back and said, "The blizzard is slowing things down, but not to worry, there are snowploughs at the northern end to keep the road clear."

When we finally emerged, I understood the cause of our delay. A truck had slewed into the railings and lost part of its load. I could see boxes scattered on the verges, though a sufficient path had been cleared to allow vehicles around the accident. Shadowy figures stumbled here and there, scarcely visible in the whiteout conditions. Some were waving their arms, beckoning the traffic through.

We eventually squeezed past and set off on the final sixty miles of our journey. In good conditions, it would have taken four hours, but the chances of arriving before nightfall were dwindling. There were several military checkpoints along the way, and rumours of bandits were rife.

Ten miles before Chitral, we slowed down. Hassim pulled up and peered through his binoculars. He looked worried as he handed them to our armed guard. The visibility was intermittent in blowing snow, but there was the vague shadow of a stationary truck a hundred yards ahead. People were spread-eagled against the side of the vehicle with their hands above their heads.

He had already thrown the minibus into reverse when there was a sharp crack. The windscreen shattered, and his head jerked back. I saw a hole above his left eye, surrounded by curled vestiges of skin like the petals of a wilted daisy. Blood swamped the flower as he slumped forward over the steering wheel.

The minivan continued to roll backwards, bunny-hopping against the engaged gear. It was heading towards

a sheer drop into the Chitral River. Our escort yanked the door open and leapt out. He dropped to one knee and started firing, seemingly at random. Helen and I grabbed our packs from under the seat and, using them as shields, tumbled after him.

"Keep your head down," I said, as we scrambled and slid towards trees on the other side of the road, ducking and weaving as best we could. There were muffled screams and shouts behind us. I turned to see the minibus topple in slow motion and crash into the torrent below, taking our travelling companions with it. There were two or three dull thuds as it bounced from rock to rock, the sound of an explosion, then nothing. Nothing, that is, but the keening of the wind.

The snow was now blowing almost horizontally and forming deep drifts. The wind chill was potentially lethal. We needed to act soon. Helen was already shivering uncontrollably, whether from shock or from cold, I wasn't sure.

"We have to get away from here and dig in, fast, before nightfall." As I urged her on, I noticed she was limping. "Wait a minute," I said. I searched around until I found a stout branch, about four feet long.

"Here, take this, and follow me." I slung one backpack over each shoulder and set off across the slope, towards an escarpment of rock fifty yards beyond the trees. A solid bank of snow, about eight feet tall, had drifted against it.

Small, collapsible snow shovels were attached by leather straps to the outside of our packs. Despite gloves, my fingers were already numb, and I had difficulty with the simple task of undoing the straps and assembling the shovels.

I handed one to Helen. "What's this for?" she said. "Digging our graves?"

"A snow hole. We're not dead yet." I grinned at her. "We'll have to work together as a team. I'll dig into the drift, and you clear the snow away from behind me." I knew we had less than an hour.

"Are you sure you know what you're doing?"

Without answering, I started to dig. The last time I'd constructed a snow hole was twenty years earlier, on a winter survival course with the RAF in Norway. I hoped I could remember how.

At first, there was little for Helen to do, but as I went deeper into the drift, she had to follow behind to clear away the shovelled snow. I sloped the entrance tunnel slightly upwards to stop the warmer air from escaping. Before long, despite the cold, I started to perspire. It took twenty minutes of steady digging before I was ready to start on the sleeping platform at right-angles to the entrance tunnel. By this time, I was breathless and slowing down.

Helen tapped me on the backside with the handle of her spade. "Time to change places, Moldywarp. My bum's freezing."

I backed down the tunnel, relieved to have some respite. Our backpacks were already covered in snow, and I noticed that our tracks had been obliterated. With luck, the bandits would assume we had perished in the river.

Turn and turn about, we extended the platform in each direction until there was room to lay our sleeping bags out. While Helen smoothed the inside surface to stop water dripping down onto us, I retrieved our backpacks, brushing the snow off as best I could. As I passed them in to Helen, I said, "We'll need to keep these on the platform. Anything left in the tunnel will freeze."

The last thing I passed in was the stick. "What on earth ...? Is that to beat off the bandits?" She looked at me as though I had slipped a cog.

"No. Actually to poke a hole through the roof for ventilation so we don't suffocate. I've left the shovels close at hand in the entrance tunnel - in case it gets blocked."

Before long, I had a candle lit and started melting snow in a billycan. In the flickering light, I fancied I saw a look of admiration on her face, but I may have been wrong.

Charles Brandon - the narrator, a well-known travel writer.
Rasheed - a Sikh taxi driver in Lahore, radicalised by ISIS
Abdul - a taxi driver in Islamabad, working under cover for the British High Commission
Hassim - a tour operator
Ash - a French liaison officer attached to the British High Commission in Islamabad. Also a member of the French anti-drug squad (la Brigade des stupefiants), whose operations are directed by Jeanne Durand.
Montague (Monty) - a member of staff at the British High Commission in Islamabad.
Sir Robert - the Deputy High Commissioner at the British High Commission in Islamabad (a personal friend and confidante of Group Captain David Bamforth, the British Air Attache in Paris)
Abdul Jaleel Zemar (The Lion) - Coordinator of an international network of ISIS cells
Helen Culverson - a woman of increasing mystery
Kayla Culverson - her older sister, who disappeared somewhere in Bangkok and has surfaced again in Paris.
Group Captain Bamforth (alias Sir David Brockenhurst) - an intelligence officer with MI6 and Air Attache in Paris
Madame Jeanne Durand - a French magazine editor and undercover agent with the French Drug Squad.
Madame Madeleine Bisset - Helen's landlady in Paris
Mr Bukhari - a Pakistani businessman (now deceased)
Ian 'Bisto' Kidman - an ex-RAF friend of Charles's.
Monsieur Bellini - a denizen of the French Underworld.
Andre (aka Scaramouche) - an actor in Montmartre and friend of Kayla's
Dr. Laurent - a veterinary surgeon in Versailles.
Father Pierre Lacroix - vicar of the Versailles Notre Dame church.
Madame Lefauvre - an old woman living in Versailles - the town gossip.
Alain Gaudin - brother of Francoise, a gardener at Monet's house in Giverney
Francoise Gaudin - Alain's intellectually disabled sister.
Estelle Gaudin [deceased] - mother of Francoise and Alain, a prostitute
Mademoiselle Suzanne Gaudin [deceased] - Alain's grandmother, to whom the mysterious 'French letter' of 1903 was addressed.
Jack and Nancy Wilkins - a Wiltshire dairy farmer and his wife.
Gaston Arnoux - Owner of an art gallery in Paris. A triple agent, who infiltrated the ISIS network in France and fed information to MI6, but who is now providing information to Abdul Jaleel Zemar (The Lion).
Colonel Neville Arnoux [deceased] - Gaston's grandfather. Author of the infamous letter of 1903.
Pays one point and 2 member cents.


© Copyright 2021. tfawcus All rights reserved.
tfawcus has granted FanStory.com, its affiliates and its syndicates non-exclusive rights to display this work.


Will Gun Control work?
What do you think?

Pays: 10 points. and 57 member cents
Copyright © 2000 - 2021 FanStory.com. All rights reserved. Terms under which this service is provided to you. Our privacy statement.
top
You Have No Rank
Share 4 posts to be ranked.