The Mysterious Airplane by Shirley McLain 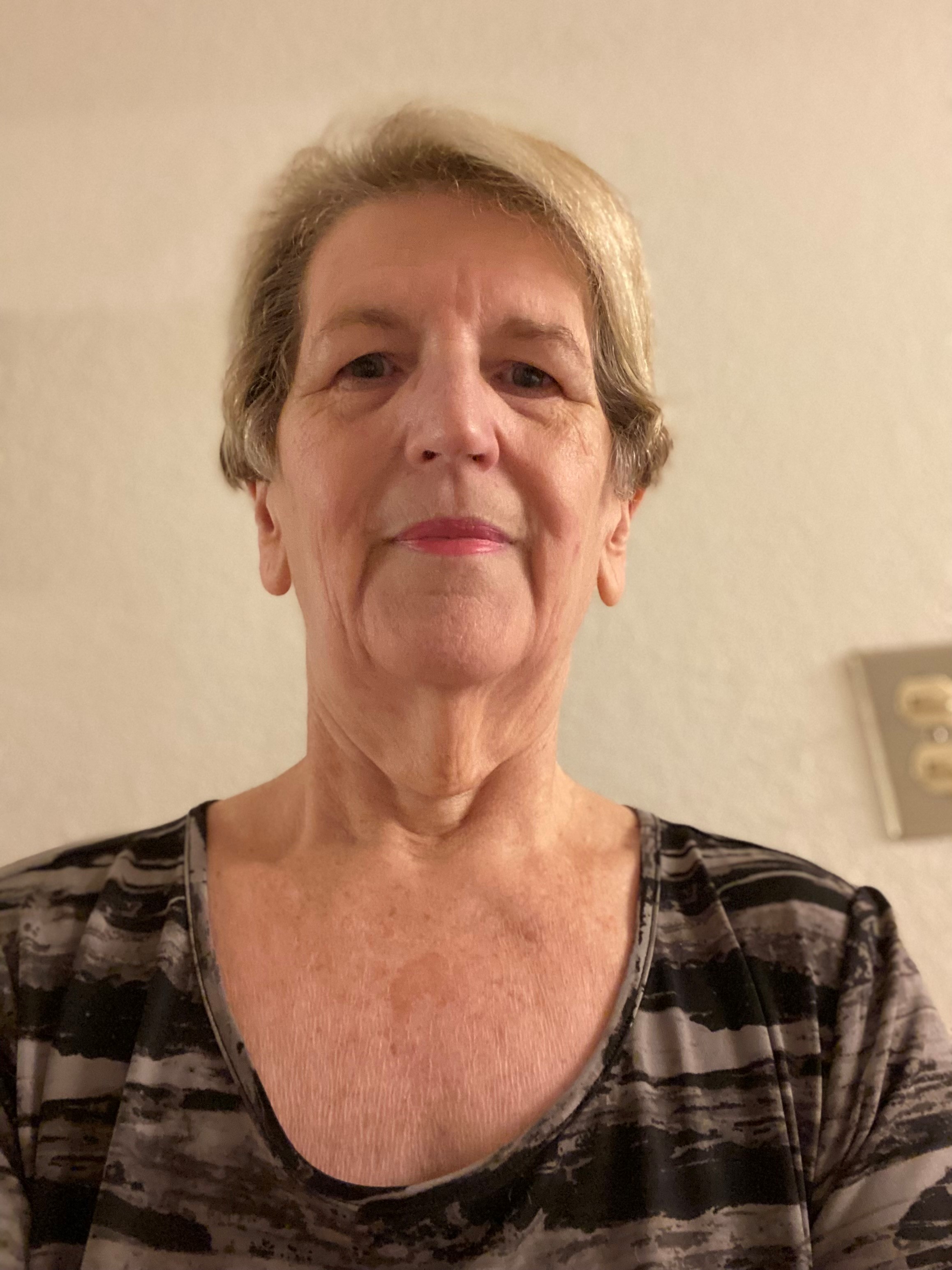 I changed my name from Texasgal to Okiegal since I'm no longer living in Texas.

"The Tower", a YA mystery published through xlibris and is available on Amazon.

She is a top ranked author and is currently holding the #32 position.

The flight steward, Paul Campbell,  pushed the beverage cart up the aisle as he handed out drinks and snacks to those who wanted it. He dreaded going past the Sky Marshall's seat, but he had to do it. They had been in the air for two hours, and the fellow already drank two Scotch on the Rocks.

He hated flying across the Atlantic to London.  There always seemed at least one drunk on board during the flight and Frank Andrews was the one this time. Everyone who flew knew he had a problem with alcohol. The Steward had to keep this guy sober if there was a problem.

Mr. Andrews was his problem child this flight it seemed.  Everyone else was settled down either sleeping or reading.  Even the children were quiet.

The steward walked back towards Mr. Andrews' seat. “Oh, I’m sorry, would you like some coffee or orange juice? It’s all I have left besides soft drinks.”

“I want Scotch on the Rocks,” Mr. Andrews loudly commented.

“I’m really sorry, we don’t have anything left. Anything else I can get for you?”

“How about some vodka and tomato juice along with a packet of salt?”

“I can get you the tomato juice with the salt, but we are out of alcohol for the remainder of this flight. Is there anything else?”

Mr. Andrews didn’t comment, just waved his arm back towards the front of the plane. The steward made it to the galley with no problems. It didn’t last long.

“Excuse me, sir, I have a terrible problem I don't know what I'm going to do if you can't help me. I’m Linda Ellisberry, and this is Anthony. I have worried myself sick about not being able to care for my baby. Would you happen to have a diaper and some milk on board? I did the most foolish thing and left my diaper bag sitting on the floor at the gate. This baby has been fussing, and now he’s wet and hungry.” No one on this plane has extra milk or diapers."

Paul gave her a weak smile and gathered up what she needed.  He couldn’t let a baby go hungry. “Here you go and when you need more, let me know."

***
At 3 AM everyone was sound asleep; they were two hours out of Heathrow. The steward relaxed in his seat reading a book. His mind was entirely into the science fiction novel he was reading. A bright light lit the cabin as if it were bright sunshine outside instead of pitch black. He blinked twice not sure if he was really seeing what was happening.

The women with small children and babies slept soundly. Every child in the plane just vanished but no one seemed to notice beside Paul Campbell. The steward jumped out of his seat and headed down the aisle, checking on the people. There was no confusion or hysteria it was as if nothing happened. He spoke to one of the ladies who had held a baby in her arms that was now gone.

"Oh, very well. I've taken a nap and now I'm going to start reading. Can't get much more relaxed what I am," Mrs. Jones laughed.

"That's wonderful to hear.  Do you have any children waiting at home?"

"No, my husband and I don't have children yet but they are being planned for," replied Mrs, Jones.

"You enjoy the rest of your flight." Paul walked back to his seat and sat down. He couldn't figure out what was happening

The cabin had gone dark; the lights went out. The steward made his way carefully to the microphone. “Please everyone, take your seats and put on your seat belts.” The lights flickered on. “I know everyone is wondering what has happened with the electrical system. Let me speak with the Captain, and I will give you an update.”

The men were whispering trying to determine what occurred. The steward knocked on the cabin door.

He opened the door and stuck his head in.  The Captain and Co-pilot were sitting in their seats with a hot drink in their hands.

“Is there something I can help you with?” the Captain asked.

“Sir, do you know what the bright light was?” the steward asked.

The Captain looked at him as if he’d grown another head. “What bright light, Mr. Campbell?”

“Sir, a bright light lit up the cabin and every woman on the plane who had a child, well, sir, the children disappeared along with several men including the Sky Marshall.”

“Excuse me, Mr. Campbell, do you mind repeating that. I’m sure I didn’t hear you correctly.”

“Yes, Sir, you did. Every child has disappeared after a bright light hit the cabin.  You didn’t see anything?”

The co-piolet spoke up. “We haven’t seen any lights except those on our panel. Nothing out of the ordinary.”

A passenger came up behind the steward and firmly patted the stewards back.  “Excuse me, sir. That lights came back."

“Thank you for telling me. Please, go back to your seat. I will be there in a moment.  Captain, what is going on?”

“How the hell should I know? Nothing has happened here,” the Captain exclaimed.

Mr. Campbell went back to the microphone, he clicked it on, and all he heard was a loud pop. “Great, now the mic isn’t working.  That’s just something else.

The bright light came on and went off just as quickly. Men and women were disappearing and no one reacted to the disappearances. One woman had to use the restroom so badly she was frantic. The problem was, it was occupied, I don't know what she expects me to do about it. I can't help it that the bathroom is in use.

The frantic woman screamed, "Let me off this plane. Land it right now!"

Mr. Campbell walked down the aisle and in his loudest voice called out. “Excuse me, ladies and gentlemen, please try to stay calm. We can’t land in the middle of the Atlantic Ocean. We should be in London in about one hour.”

“That’s too long. Get me off this plane." The woman yelled out again.

“Ma’am, I can’t stop the plane.  I don’t know any more than you do. Please try not to panic. There is nothing we can do. I'm sure the bathroom will open up soon.” Mr. Campbell went back to his seat and sat down. Leaning forward he placed his elbows on his knees and his face in his hands and prayed.

The light reappeared and went out. More men and women disappeared this time. The difference was their clothes were left in their seats. A lady sitting across the aisle from some men who disappeared commented calmly, “They left their clothes here. That's so strange."

By now half of the adult passengers were gone along with the children. How can this be happening? Mr. Campbell thought. Not a sound could be heard outside of the plane, and nothing could be seen on either side. Whatever it was must have been above them.  “Please, everyone, move to the front of the plane as far as you can. Shut the window shades on all of the windows,” Mr. Campbell called out. Everyone was generally pleased to be moved closer to the front.

You could hear the shades coming down as the passengers moved forward. The first class section and the first four rows in business class were full.  There are thirty-three people left out of 164 that started this trip across the Atlantic. Everyone was silent. The only sound heard was the constant hum of the jet engines.

Mr. Campbell tried his best to keep everyone calm. His own nerves were almost gone because he was the only one that could see what was happening. He held a secret he couldn’t share, but he knew he had to. They would all die but how could he tell them.  Could he stop whatever was taking people out of the plane to god knows where?

“What is the Captain saying about what is happening with the lights?" a passenger asked.

“Ma’am he doesn’t know any more than the rest of us. The same for the Co-pilot. The last time I spoke with them we were an hour out of Heathrow.”

Mr. Campbell made friendly conversation with the passengers about where they were from and what kind of work they did. “What kind of hobbies do you have? I like to go white water rafting on my time off. Does anyone else raft or fly for adventure?” Everyone shook their heads.

The shades on the back windows flew up and moved up each row as if someone were walking up the aisle and raising the shades. The light moved in with a blinding flash, and ten people evaporated into thin air.

The passengers heard the landing gear lower. Mr. Campbell disappeared with the last group. They could feel the descent into the airport. The few passengers left huddled together in the galley knowing it wouldn’t be long before they touched down on the runway.

The light flashed just as the plane touched the ground. The plane slowed and approached gate A43. Following the directions of the guide, the plane pulled up to the gate and stopped.

The gatekeeper made the arrival announcement overhead of flight 4280 from New York, and the passengers would be unloading when all landing checks were made. The door to the passageway was opened. The attendants waited for the plane door to be opened.  The luggage was unloading onto the carts.

“Captain Marshall, this is gate A43, can we be of some assistance to you?” the gate attendant radioed. There was no reply from the Captain or Co-pilot. After a fifteen-minute wait security and maintenance was called to open the plane door from the outside safety latch.

After thirty minutes the maintenance man opened the hatch door.  Security entered with guns drawn. They were ready for anything except what they saw. Not one person was on the plane. Everyone was gone. It looked as if the plane waited to be loaded with passengers. The plane was clean, and the pantry stocked. The unloaded luggage was the only reminder that when the plane left New York City, there were 164 passengers plus children that vanished without a trace.

The mystery still waits to be answered.

Every Story Has A Beginning contest entry

My prompt was to have at least 1500 words which included aircraft traveling across the Atlantic with alcoholic Sky Marshall, a frantic mother, salt and bright lights. People disappearing from the flight and only the plane personnel have a memory of it.
Pays one point and 2 member cents.


© Copyright 2020. Shirley McLain All rights reserved.
Shirley McLain has granted FanStory.com, its affiliates and its syndicates non-exclusive rights to display this work.

Advertise With Us
Sunshine Boy
Sweet musings about my husband and being together.