No One Ever Knew 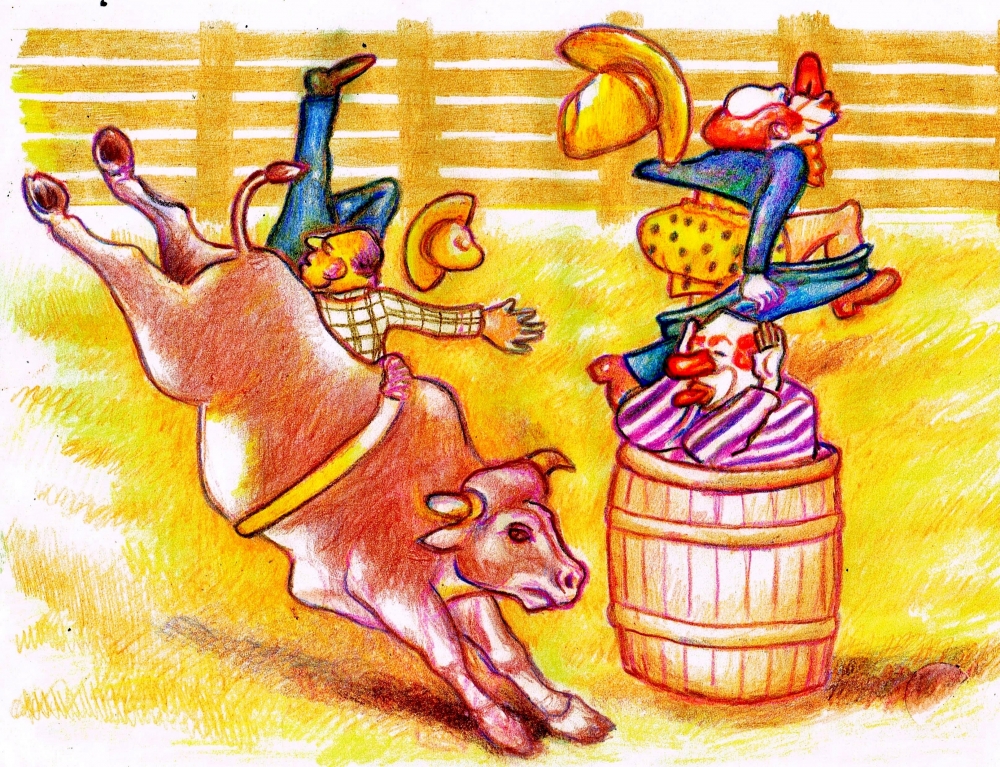 Who would ever know JJ was broken inside and out. He never took his makeup off, so no one really knew what he looked like. If he did, he was sure people would run and not understand what had happened to him. There was only one person in this world that knew him and what happened fifty years ago today in fact.

JJ once had it all, fame, fortune, good looks and away with the women and gift of gab. JJ was a hero you might say in many ways. At the time he had his whole world mapped out in his way of thinking. School, college, rodeo. He was going to be a rodeo champion of the world. He had the world by the tail or so he thought. The rodeo was his life and he loved it, he'd found his calling nothing could make him give it up or so he thought.

He was gaining in the standings when he received his notice. Uncle Sam sent notice for him to report to active duty. He was sent off to war with the rest of his fellow soldiers deep into the jungles to fight in Japan. It was not pretty over there and sleep was nill to none. You had to be alert every minute of every day. They all looked alike and time was of the essence. They were sent to rescue the POWS from the hidden Japanese installation deep in the jungle in the middle of a swampy area.
Slipping in was no problem getting out was another thing altogether. They rescued the men and some were so weak and so sick they could hardly travel and had to be carried out. They were halfway to their pick up point when they were engaged in a firefight.They were caught right in the middle of it all getting caught off guard.
He knew his life was over as a rodeo rider but the rodeo was still in his blood. He wasn't going to give up so easily. He wasn't going to let it ruin his dreams. Looking in the mirror, he knew he couldn't go out in public the way he was. He got on the phone and called the one person in his life he could trust and depend on.

Coming to the hospital the doctor and Mack came up with the right ingredients for clown make up that wouldn't irritate JJ's skin. Leaving the hospital JJ went home with Mack to start a new life. Mack had a garage apartment JJ could stay in. When no one was around Mack trained JJ to be a rodeo clown time and as close to the rodeo as he dared to get. A new beginning in the making for a life and a dream he once hoped for; but now a bit modified. He was good at what he did and keeping his fellow riders safe was an answer to his prayers.

Advertise With Us
Jilted in Peru
A limerick