Unicorns are real, the mermaids told me.

I am an exhausted nurse who works full time in a nursing home. Writing is a form of therapy for me. Poetry is a huge part of my life. My favorite poets are Emily Dickinson and Robert Service. Most of - more...

Tribble Me This, Captain. 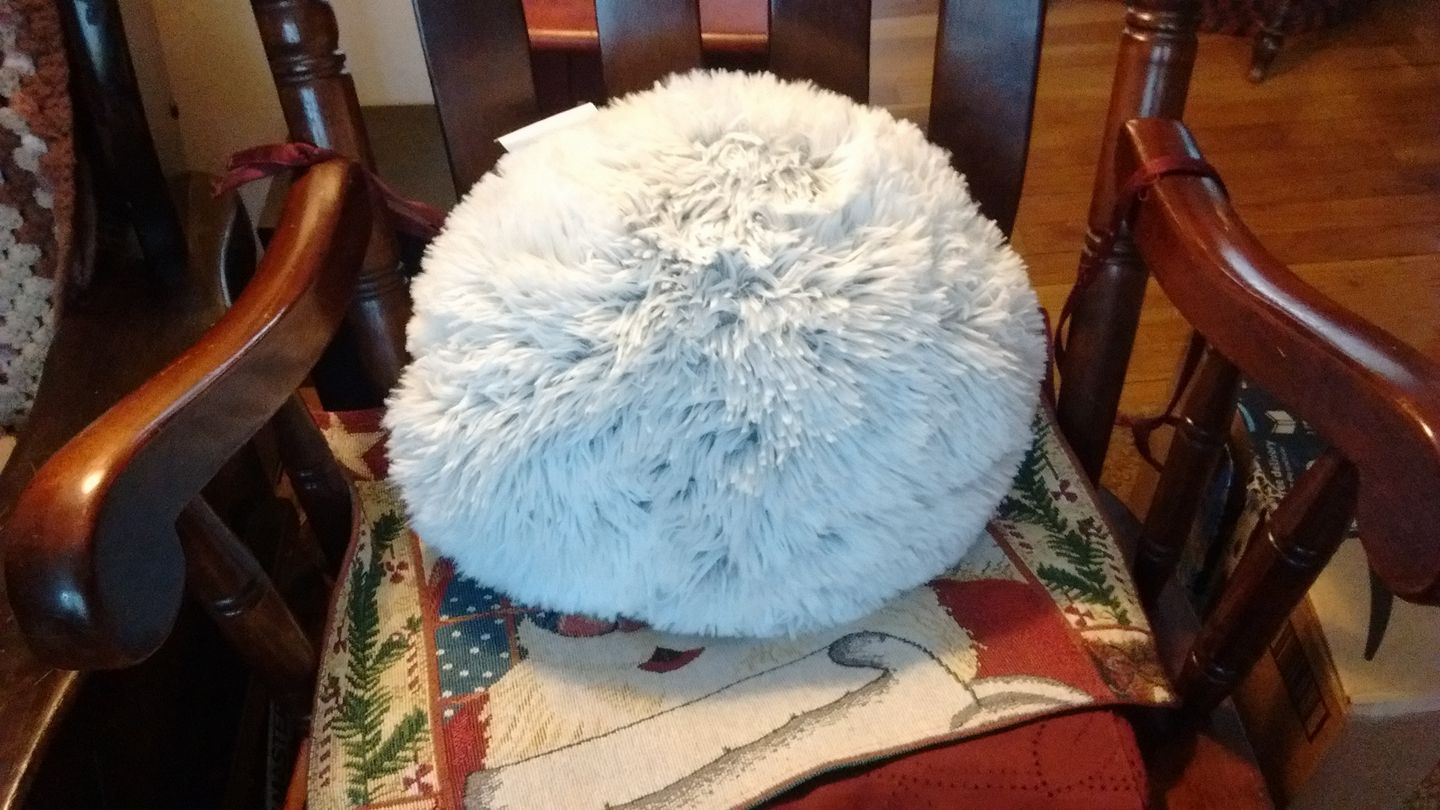 Spock turns to face his Captain. One eyebrow is raised. Kirk notices that his first officer appears to be concerned about something. The starship captain has been lost in thought, thinking about women. Throughout his journey as captain, he has met many women. All shapes, sizes and personalities.


Spock interrupts his thoughts. "Captain, we are receiving a distress call for help. The Klingon home world, Kronos, has been sending signals of severe distress."


Kirk faces his first officer. "The Klingon home world? They are notifying us? That is odd! What seems to be the problem?"


Spock faces the computer. "Something about an invasion but the communication is unclear. They are requiring assistance."


Kirk brings his thoughts to the present. The women are pushed to the back of his mind. "On screen."


The image on the screen surprises the officers on the bridge. Lieutenant Uhura's mouth drops open. Chekhov blinks his eyes in disbelief.


A female Klingon appears on screen. She is obviously upset and Kirk stands up from his chair. The Klingon society is a male dominated world so this female is a surprise. This female is shaking and appears to be afraid.

"Captain, we need your help. We are under attack!"

Kirk has a frown on his face. "Who is attacking your people?"

The female struggles with her emotions.

"Giant hairy beings! They will not cease. Our civilization is going to be destroyed. I was told you are familiar with these creatures."

The female Klingon regained her composure. "I believe you humans have been in contact with our invaders."


The female takes a deep breath. "They are furry round creatures. You beamed them to one of our ships!"


"Keptain, the Tribbles, she is talking about the Tribbles. But they are small, not huge."


Kirk moves forward and puts a hand on Chekhov's shoulder. He does not take his eyes off the screen.


"We are familiar with these creatures or tribbles as they are called. You state they are large. They were small when on the Enterprise. What has happened?"


The Klingon female struggles to keep her composure.


"One of our scientists tried to destroy them with nuclear radiation. It only increased their size and they began attacking us."

The Klingon female becomes angry. "You put them on our ship. You need to come here and destroy them!" She appears to stomp her feet as if she is frustrated. Kirk faces Spock in surprise but turns back to face the screen.

"My officers and I will beam down to assist you."


The screen fades out.


"Spock, you and I will beam down to the Klingon home planet. I also request Lt. Uhura join us. She seems to have a rapore with theTribbles. I want Dr. McCoy to join us as well".


"Captain, this is highly illogical. These are benign beings who just reproduce very fast. I do not trust the Klingons."


Kirk rubs his forehead. "I agree, this is quite an unusual request from the Klingons. Despite being our enemy, we have an obligation to help". Silently, Kirk is having a hard time believing the Tribbles were wreaking such havoc. Klingons do not like Tribbles but the image of giant balls of fur chasing Klingons around seems so bizarre.


Captain Kirk and the three starship officers beam down to the surface of the Klingon planet. Dr. McCoy tries his best not to burst out laughing. Lt. Uhura is worried about the Tribbles and Kirk cannot get the Klingon female out of his mind. He finds her quite attractive. For Spock, it is business as usual but one wonders what he is really thinking.


The Klingon female and three male Klingons approach Kirk and his officers. Off in the distance a group of giant furry Tribbles are rolling around chasing screaming Klingons.

Chaos appears to reign everywhere but the female Klingon's eyes widen when she sees Kirk in person. She calms down and approaches Kirk.


"I am Rowana, daughter of the chief of the high council. My father is absent, he is fighting the Romulans for control of Remus Five. I called you because you are the only ship in the area. We need your help. We are able to pay dilithium crystals for your trouble."


Kirk smiles at the young female.


He approaches her and looks into her dark eyes.


"There is no need for payment. We are here to help."

"We are grateful for your assistance. Please stop these aweful creatures and be on your way."


The screaming Klingons being chased by giant Tribbles continues off in the distance. The other three officers watch the chaos while Kirk talks with Rowana.


"I am not sure what we can do. Tribbles were no trouble on my ship except they reproduce constantly."


"When the ship you beamed them to arrived, our scientists immediately radiated them. It only made them large and fierce. Nothing else worked. They do not need to eat and they appear to enjoy tormenting us."


Spock moves toward Rowana. "Your scientists should have studied them first. This problem is of your making."


The Klingon female looks downward. "We made a mistake. We should have isolated them and transported them elsewhere."


McCoy is still trying not to laugh. "It seems even Klingons make mistakes and then need help. His face breaks into a wide grin.


Lt. Uhura who is observing the rolling Tribbles approaches Rowana. "The Starship Athena will be in this area in a day or two. They have the room to contain the Tribbles and they are returning to Earth. The Tribbles can live in a sanctuary there."


Rowana has a look of relief on her face but eyes are still on Kirk. "So Captain, you will remove these disgusting things from our planet?"


Kirk takes her hands in his. "Of course, we will provide them a home and your people some relief." He smiles and she smiles back at him."


One of the Tribbles rolls towards Lt. Uhura. as if it knows her. It purrs and the communication officer pets the giant furball. It continues to purr.


McCoy also pets the Tribble. "They still like humans. I agree, they need a permeant home."


Spock also appears to like the creatures. He does not pet the giant tribble but he makes a statement about them. "They are basically quiet creatures who usually mind their own business. It is fascinating that they do not like Klingons."


A voice comes out of the communicator. "Tribble me this Captain. Where are we going to put them?"


"Until the Starship Athena arrives, anywhere they will fit. They can room with crew members if we do not have enough storage space. They seem to only dislike Klingons."


Captain Kirk smiles and speaks to the female Klingon. "Your world should return to normal shortly. I am sorry the Tribbles are hostile to you."


"I appreciate........ we appreciate your taking time to assist us in our time of need. We are warriors, but these..... Tribbles, are a problem. My father would be quite angry if he returns to find our planet in this condition" Her eyes are downward and she appears to be embarassed."


Kirk moves her chin upward. "You did the right thing by requesting our help. My hope is someday Klingons and the Federation can be on the same side and promote peace."


"I will speak highly of you to my father and the high council. Our future is uncertain and we may have to analyze our actions."


Spock's right eyebrow is raised. He is fascinated by her statement. Maybe not all Klingons are warriors.


Scotty has begun beaming up the Tribbles. The screaming Klingons ceases. Kirk again speaks into his communicator. "Four to beam up."


The starship captain smiles as he fades into the atmosphere. The Klingon female is smiling back at him.

I am a devoted Trekkie, my husband and I still watch reruns of the original Star Trek. Throughout the nineties, I also attended many SciFi and Star Trek conventions.

As usual, I need help with grammar and other issues with writing prose. Thank you to all who read my story and especially to Michael Cahill for creating such a fun contest. I also thank my husband John for assisting me with the story.
Pays one point and 2 member cents.


© Copyright 2022. mermaids All rights reserved.
mermaids has granted FanStory.com, its affiliates and its syndicates non-exclusive rights to display this work.