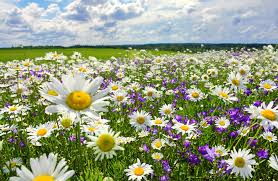 She is a top ranked author and is currently holding the #81 position.

She is an accomplished poet and is currently at the #93 spot on the rankings.

Pretend you were there story

On board the Titanic

'Gran', Jade began, 'nobody really believes all that stuff about unsinkable ships and icebergs, do they?'

'I do,' I replied, tracing, with my wrinkled forefinger, the  outline of Brittania on the faded coin  dated  1912.

'What age were you then Gran?' Jade asked.

'Why is this old faded coin so precious to you Gran?. You carry it everywhere, even bring it to bed at night,' Jade continued with a degree of irritation.

'A precious gift from a dad who loved me dearly', I replied.

'Teacher sometimes reads us stories about that, and shows us pictures', Jade added 'but it's boring. Did somebody just make up a story, you know, like a fairytale about this big ship, Gran?'

'If you had been there like me, more than seventy years ago, in that icy sea, you wouldn't say, Jade, that someone made up a story', I continued.

And so was my dad, your great grandad, George, there on that night too.

Great grandad George was a builder. HIs hands always felt rough from handling the bricks. Had a buddy, apparently in New York who offered him a partnership'.

'New York Gran'. Jade's eyes lit up at mention of the name.

'The Big Apple, were you really there when you were just my age, twelve?

Did you actually go to New York? Thought you always lived here in England'. Jade continued.

'No, my dear Jade, I never made it to New York , because the ship we were travelling on, the Titanic, struck a big iceberg'.

Jade reached for the button on her transistor radio, a recent birthday present from her dad. She turned down the sound.

'But Gran,' Jade said, 'you couldn't possibly have survived in that freezing sea water. Teacher says that the water in those seas would have killed a human being'.

'But your teacher wasn't there that night, Jade, was she?' I added.

'I was on board the Titanic that night and so was your great grandad, George.The sea was really calm at first. My dad brought me up on deck before I went to bed and we gazed up at a starry sky. Dad loved to stargaze. He knew the names of the constellations and knew where to look for them', i said.

'Nobody ever says anything about the sky that night', Jade continued. 'People only ever talk about the iceberg and the freezing water'.

'So you were really enjoying being out at sea in the middle of a dark night?' Jade asked.

'It was such an adventure, Jade,' I answered.

'So for you and your dad this was a great adventure', Jade said.

'So what happened next?' Jade asked, pulling her stool closer to my rocking chair on the porch, on that summer night.

By now the sun had set in a purplish, orange glow, following the heat of the late August day.

'Gran, am goin upstairs to my room, see if I can find any photos from my school bag of the Titanic that teacher gave us', Jade said.

Memory is such a precious human gift, I thought, as I glanced again at the old coin.

Jade came rushing back to the porch, satchel in hand.

'Can't find any really good pictures, Gran'. Jade began.' These are very faded and you can only see the top of the ship.

What happened Gran', Jade continued 'after you went to bed, having looked at the stars with your dad? That's amazing, that's my great grandad you're talking about. Makes it so much more real, when you say that,' Jade said.

'Me and dad had a lovely bunk on the ship, thanks  to  dad's friend. We came back to our bunk.
Dad closed the blinds. Then we both knelt down beside the little table lamp and said our night prayers. Dad always made sure to say night prayer. His father was a clergyman in Kent.
Then dad read me a bedtime story. Wish I could remember what it was. I remember the two of us were laughing.

Dad dimmed the night light. Then he took out his writing paper and told me he wanted to write a letter to Mum, to tell her all his news.  Dunno if mum ever received that letter'.

'So what happened next?' Jade asked.' Don't think you ever told me this part, Gran,' Jade added.

'Go on Gran, tell me again, how did you survive the Titanic disaster?' Jade asked.

'It's like reopening an old wound, Jade', I continued.

'That's an awful lot of people to die at once, Jade,' I said.

'So how did you survive, Gran, when all those other people didn't, Gran, that's what I want to know?'

'The boat was gliding along at first. The sea was calm.' I said.

My eyes began to mist with tears.

'Ah Gran,' Jade said. 'Why do you feel like crying? Just when I think I'm almost beginning to believe you were actually there.'

I dried my eyes and tried to continue.

'The sea was calm. Suddenly the ship swayed. Our table lamp crashed to the floor and broke into smithereens.

Dad jumped out of his bunk. He grabbed our coats, wrapping mine tightly around me. He never spoke a word, just kept running while gasping for breath.

There were passengers everywhere in night clothes. Boats were being lowered over the side of the ship and some man was shouting, 'Women and children first'.

But we could hear the orchestra playing the whole time while this was going on. It was strange', I said.
'Where was your mum, not on board obviously, since your dad was writing her a letter?' Jade asked.

'Mum was back home in Southampton, heavily pregnant with their second child. After the tragedy she lost the child. That's why I'm an only child.

Dad slung me onto his shoulders as water began to seep into our shoes.
The man in uniform kept shouting 'Women and children first'.

Dad set me down on the wooden deck near where the lifeboats were.

First, he shoved this coin into the pocket of my green coat.

Next, I was hoisted over the edge of the ship by one of the sailors.

I turned around but dad was nowhere to be seen. I was so  frightened.

I'll never forget the screams on that dark night,' I said.

Jade gazed straight into my eyes. Her sea green eyes began to fill with tears.

'They told me later that I passed out then. Next I knew I was on another ship. They said it was called the Carpathia. Such wailing I have never heard'.

'Gran,' Jade asked, 'why do you think you survived and others didn't, not even your dad?'

'Jade, my darling,' I replied,' sometimes I wish I hadn't ..I can still hear the screams and then the eerie silence'.

'Jade', I said 'keep this old coin safe. Carry it with you always. Maybe it's a talisman'.


Pretend You Were There contest entry

image from Google Images
Pays one point and 2 member cents.


© Copyright 2021. zanya All rights reserved.
zanya has granted FanStory.com, its affiliates and its syndicates non-exclusive rights to display this work.

Pays: 8 points. and 37 member cents
Copyright © 2000 - 2021 FanStory.com. All rights reserved. Terms under which this service is provided to you. Our privacy statement.
top
You Have No Rank
Share 4 posts to be ranked.