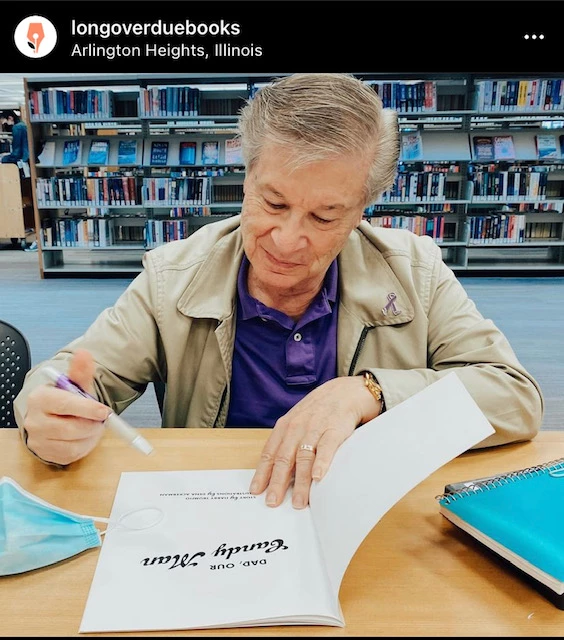 Harry has a new children's book entitled, "Dad, Our Candy Man" with color illustrations. Available at chris@longoverduebooks.com. Still available, "Of Saints and Wooden Nickles" on Amazon. Harry was born and raised in Chicago, Illinois and now re - more...

He is a top ranked author and is currently holding the #65 position.

He is an accomplished poet and is currently at the #60 spot on the rankings.

Recounting of our time with a dog, named Begger. 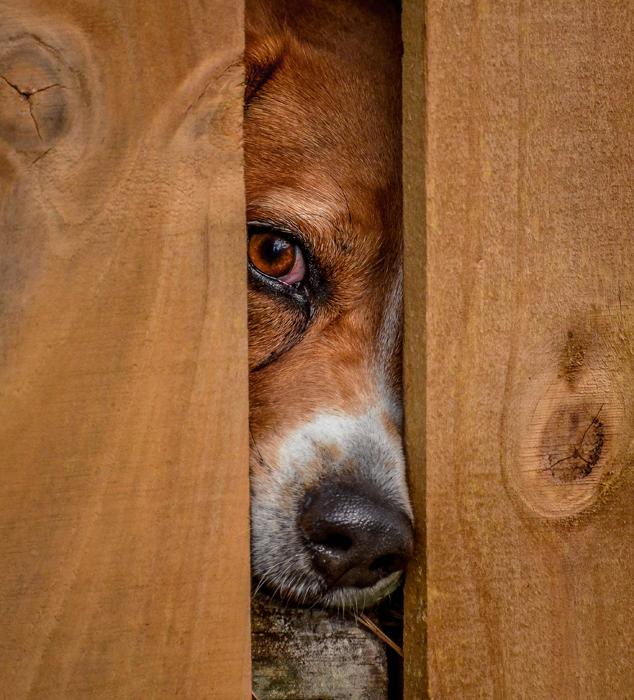 My pet is amazing. When he came into our lives, we didn't know his age. Laura, our daughter, said, "Dad, I don't know, he just followed me home from the park. From his appearance, he looked as if he was a young man. I guessed about two years old in human age, making him twenty-four in dog age according to the Pedigree Dog Age Calculator.

The little guy had no collar, therefore no identifying tags. He may have slipped his tether, or snuck out through a back gate. His white paws were dirty grey; perhaps he had dug a hole under a fence and escaped. There was a distinctive splash of white on the end of his tail, together with a black saddle and brown and white head, there was no doubt to his breed. He was a large Beagle.

The dog circled her then sat down at her feet, his eyes looking longingly up at her. "Can't we help him, pleaseee. Give him some food. We still have some of Duke's in the garage. Can't he stay. Pleaseee."

"Okay, since it's suppertime, he can stay just tonight," I grudging said. "But, you know he belongs to someone. They're probably worried about him. Tomorrow, we'll bring him to the animal shelter and put an ad in the paper and that he can be claimed there.

"No, honey, they won't hurt him. He can stay with us tonight, but he can't stay in the house."

I knew her heart was sad since a speeding car hit Duke, our Airdale and killed him in the spring. I hoped that parting with our visitor would not become a problem tomorrow, but the shelter was closed. We just could not turn the dog loose into the night. He would have to stay for tonight anyway.

"That's okay, I'll fix a place in the garage. Thanks, Dad, C'mon boy." The dog's ears' perked up and they both scampered off. For some reason, we kept a bag of Duke's food after he was killed and an old blanket on which he liked to stretch out. Laura took Duke's old red bowl with his name printed on the side in a child's hand. She filled the bowl just as she had done for Duke.

"You, wait here" she told the lost dog. Laura, unfolded the old blanket and placed it lovingly on the garage floor near the door to the kitchen. The dog sniffed the blanket, walked in a circle, then sat on it, stretched his front paws and laid his head between them.

Laura said, "Now you wait here, I'll be right back." She carefully carried the packed bowl back into the kitchen, added warm water and stirred to the consistency that Duke preferred.

I observed her prepare the dog's meal. Then I followed her, and stood in the doorway to the garage watching. Laura knelt, putting the bowl on the floor. "Here boy." The dog perked his ears, and slithered on his belly toward the bowl.

"Go ahead, it's good. Duke loved this food. C'mon try it. It's got real chicken in it and other good stuff."

The dog sniffed his way toward the bowl, then stopped, his nose inches from the rim of the bowl. Laura reached into the bowl, took a handful of the soggy meal and pretended to eat. "Mmm, mmm, good," she said and smacked her lips as she offered her dripping hand to the dog. He stood and licked his nose and his muzzle, then he ate from her hand. He stood on his hind legs and licked her face.

In the morning, we took him to the animal shelter. Laura held the dog on her lap in the front seat of the car. She led him into the office with the collar and leash that belonged to Duke. I told the receptionist on duty that I would place an ad in the newspaper describing the dog and that he could be claimed at the shelter. She said they would keep him for seven days, and asked if no one called, would we be willing to adopt him? Laura, tugged at my sleeve. "Pleaseee."

On the seventh day, the shelter called. No one responded to the ad in the newspaper.

"Please, Dad can we save him?"

His name is Beggar. He's now an old man. My daughter has grown and is now a teacher in another state. Beggar slept with her since the day we brought him home from the shelter. She said he kept her nice and warm at night. His initial and only role in our household was one of playmate. He loved racing with the kids and playing soccer. He'd chase the ball, stop it with his chest then bounce it into the air with his nose, bark and run after it. We never consider him a watchdog because he'd race to the door when a visitor entered and present his paw.

Now he roams, barking at ghosts and wandering aimlessly through the house. His pace is slow and unsteady, his eyes are failing and he needs help climbing into the car, going up stairs or crawling under Laura's bed, his favorite place to sleep now that she's gone. On our walks, he sometimes stops mid-step and lies down. More than once, I've had to carry him home .

In the morning, I check under the bed to see if he's still breathing. He is gradually vanishing into a canine shadow land of dementia.

I realize now that owning a dog is a countdown to sorrow, however, the love he provided is well-worth the anticipated sadness because his adventures are written indelibly on the pages of our memory books. Unfortunately, I know what I must now do.

Based upon a dog we knew well.
Pays one point and 2 member cents.

HarryT has granted FanStory.com, its affiliates and its syndicates non-exclusive rights to display this work.
Don't miss one of our own....
Read Patricia Dillon