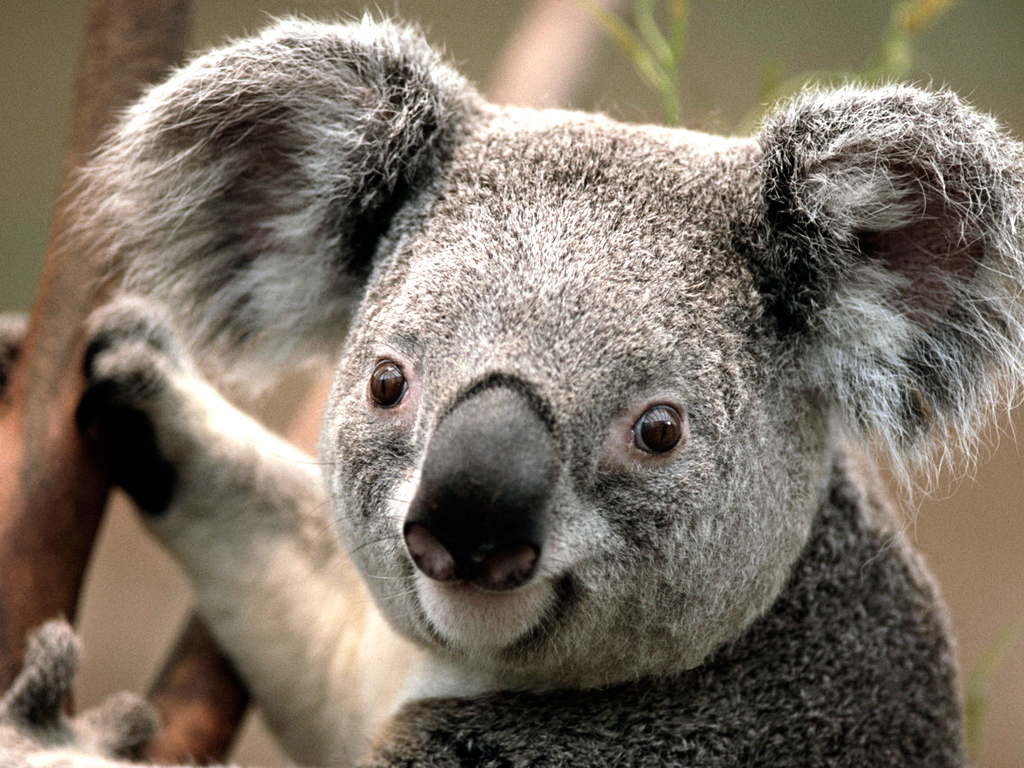 He is a top ranked author and is currently holding the #84 position.

He is an accomplished novelist and is currently at the #40 spot on the rankings.

I get injured on a fun camping trip

A chapter in the book Astatula (Final Edition) 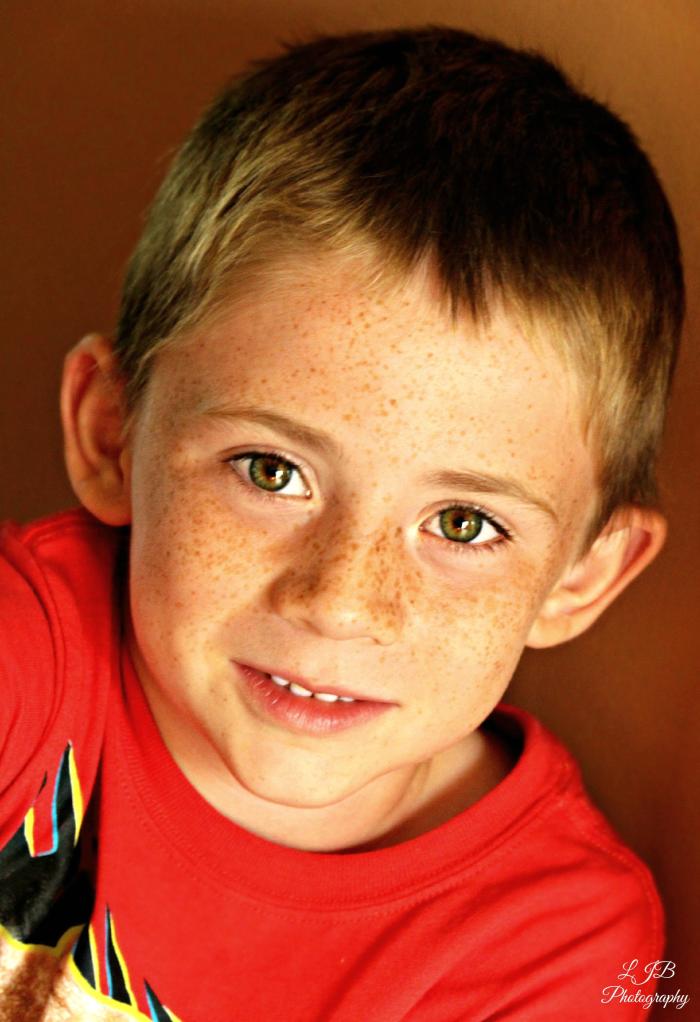 (NOTE: Although this was originally submitted as a contest entry, that event has come and gone. I am now including this chapter in my book where it properly belongs.)


My favorite buntings have always been robust with bright red crests. Permanent residents of Crosby County, these conical-billed songbirds provided melodic chirps and loud, clear whistles. We watched them feast on crickets in our backyard. They also banqueted on the cracked corn we fed our free-ranged chickens.

We'd often discover the cardinals' nests in the glandulosas that ran along the edge of the woods behind our house. One of my chores was to make sure their assorted feeders were maintained and well stocked. We had thirteen of them scattered around the property.

Most mornings, the rooster's crow woke me from a deep slumber. I'd flop over on my belly and pull my pillow tight over my head. The headrest was soft with feather down. Soon after, the Sheriff would enter my bedroom and shake my shoulder.

"Rise and shine, Little Man. Time to get the day started," he'd tell me.

Usually, I uttered an inaudible response. That led to another gentle shake. Sometimes those cobwebs just didn't want to leave my sleepy head.

"Let's go. Put your feet on the floor. You can do it! There's lots of good things to do today," the Sheriff encouraged me, "besides, Beth's got your breakfast waiting downstairs and you don't want to miss out on that do you?"

At that point, I'd throw the covers off and sit up on my bed. I'd rub the sleep out of my tired eyes, and stretch. Then, I'd yawn long and hard.

"Brush your hair. Wash your hands and come down to the table," the Sheriff told me as he departed my room.

Scrambled eggs, pancakes, and Cheerios were standard fare in the Daniels' house. So were fresh milk, right out of the cow of course, bacon, and sausage links. But, I wouldn't eat grits no matter how they were concocted. And, I about consumed my weight in groceries, too.

"A growing boy has to pack on some pounds for those long winter days," was all the Sheriff commented about that subject.

In Palo Pinto, under Earl Anthony Schroder's roof, meals could be scarce to come by. There were plenty of days when I did without any nourishment at all while he ate to his heart's content. I came to accept this lack of eating as a part of the abuse he doled out.

After breakfast ended, and the dirty dishes were cleared from the table, Beth loaded them into the Amana dishwasher. Barefooted, as I was prone to be, I headed out the back door, where I made my way to the garden shed. With the key I'd snatched off the hook on the wall by the back door as I departed the house, I unlocked and entered the shed.

I walked over to the shelf that held the plastic Cool-Whip container full of sunflower seeds and removed the lid. The canister sat next to a five-pound Maxwell House Coffee can full of assorted nuts, bolts, screws, washers, and who knows what? I noticed part of the dirty blue label had been peeled off the tin can so that it actually read, "Maxwell Hou." Underneath that was, "Cof". I figured the can was at least as old as I was.

I picked the bowl of seeds up, went back outside, and fed the cardinals. Now, the Sheriff and I could depart on our overnight hike. I eagerly anticipated the fun weekend we'd spend together.

My task accomplished, I placed the container back on the shelf and recapped the lid. That was when I made my way back outside and locked the shed door behind me. Afterwards, I entered the house, rehung the key back on the hook where it belonged, and headed upstairs to my bedroom to change out of my pajamas.

"A boy's chores are never done," I grumbled to the Sheriff on my way up.

"I could find plenty more of them to keep you well occupied, Little Man, if that's what you want," he returned, "now, go get yourself ready so we can leave."

"On my way," I enthusiastically told him.

Upon our arrival at the campsite, I beamed to Matt, "This is the very best day ever!"

I'd never been on a hike, or an overnight campout, before.

That was so out of character for him to say. His remark made us both guffaw. I knew there was a reason I liked this wisecracker. He was just like me.

"You two better cut the idle chatter and pay closer attention to the trail. Matt, you've been on it before. You know how much steeper it descends," the Sheriff cautioned us.

We wiped the smiles off our faces with the palms of our hands and trudged forward. Our personalities meshed. I was the boisterous one. He, the more reserved.

Matt was the one I liked to watch scary movies with. You know, turn the lights down low, snack on hot buttered popcorn, and have the bejeebers scared out of you. Or, we might just listen to music and talk about any countless number of things boys are age talked about.

What was it Sheriff Daniels had told us? "Just because the water is calm don't think there are no alligators swimming around under the surface."

That was the Sheriff's way of reminding his charges, and especially me, that danger can lurk in every situation and to always use caution in all our endeavors. This was sage advice. Too bad this ten-year-old almost always had to learn life's lessons the hard way.

A fun-filled morning occupied our time. We gathered firewood, built a campfire, and cooked beany-weenies over an open flame, just like the cowboys of the Old West. Most of us emulated them. Sold under the Van Camp label, beany-weenies were a conglomeration of hot dogs, brown sugar, onion, mustard, and baked beans.

I noticed the Sheriff's eyebrows raised when I told other boys in my vicinity, "There once was a genie, with a ten foot weenie, who went to the girl next door. She thought it was a snake, and whacked it with a rake. Now, it's a two-by-four."

His silent expression was a look of, "Oh no he didn't just say that."

Oh yes he did. I don't know what possessed me to make such a proclamation. Maybe, being the new kid on the block, I was just trying to fit in with the other boys. I had plenty more I could tell them, too.

He laughed so hard he almost dropped his tray of food in the dirt beside the fire heating the pot of beans.

"What do you call a hot dog with nothing inside it?" Tyler Hendricks asked. He answered himself with, "A hollow weenie."

Without another word said, we separated to the redwood picnic tables to eat our lunches.

"Your joke was hilarious, Cody," Matt told me with an expanded smile.

Our bellies full, we held gold mining pans in our hands and tried our luck hunting for riches. Later, we scavenged for arrowheads from the Caddo Indians who once roamed the prairie. Small trinkets were our rewards. To this day, I still retain an arrowhead I found on this expedition.

Most of the afternoon was given to trail hiking and rock climbing. Held monthly, Sheriff Daniels' popular overnight getaways for boys were always chocked full of energetic events. Once again, I was horse-playing with a couple troop mates instead of paying attention to the dirt path as the Sheriff instructed us to do. I tripped over a rut I did not notice along the trail and stumbled.

My carelessness caused me to fall hard to the ground and come to a rolling stop at the bottom of an inclined hill. For a stunned moment, I rested on my laurels. If I could have cried, I would have, but I could not. I'd knocked the wind out of myself when I crash landed.

Some of the other boys snickered until the Sheriff heard them. He quickly admonished their unruly behavior. Embarrassed by the good-natured teasing of my comrades, I attempted to rise to my feet and felt a sharp, stabbing pain in my right ankle. I could not bear weight on my leg and would need assistance reaching the far away campsite. Sheriff Daniels slid down the slope to where I was. In his hand he held a branch to be used as a crutch. Reaching me, the Sheriff conducted a quick survey of my condition.

"I'm okay," I bravely told him, "it's just my ankle. I twisted it falling down the hill."

"How many times have I warned you about horse-playing when you should be a lot more careful about what you are doing, Little Mister Personality?" the Sheriff chided me.

"At least a hundred gazillion times. And maybe a whole lot more than that too," I admitted.

"That's about a thousand times too many Little Man," the Sheriff replied, "but, now, maybe you'll get the message through that mule-thick stubborn blond head of yours."

"Yes, sir. I get the message loud and clear," I responded. Then, I apologized for my carelessness, saying, "I'm sorry."

The Sheriff shook his head in disbelief and stated, "This is what happens when you don't listen to what I tell you out here, Cody."

The Sheriff led me back up to the trail. Suddenly, we spotted a large rattlesnake. I heard the reptile's warning noise as we exited the ravine. But, I digress from what I was telling you earlier. So, back to my bedroom, and facing the consequences of starting the fight with Matt, I must go down the road less traveled.

(Note: To grasp this ending, you'll have to either be familiar with Chapter 7: Consequences or read that particular chapter.)


It Was One of Those Days writing prompt entry


This is Evan, by Lilibug6, selected to compliment my story.

So, thanks Lilibug6, for the use of your picture. It goes so nicely with my story.
Pays one point and 2 member cents.

Brett Matthew West has granted FanStory.com, its affiliates and its syndicates non-exclusive rights to display this work.
Advertise With Us
The Wave
a sonnet

Pays: 10 points. and 1.04 member dollars
Copyright © 2000 - 2020 FanStory.com. All rights reserved. Terms under which this service is provided to you. Our privacy statement.
top
You Have No Rank
Share 4 posts to be ranked.