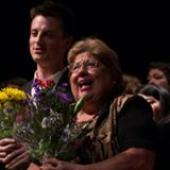 An older woman finds herself in a dark hole, Where does it . 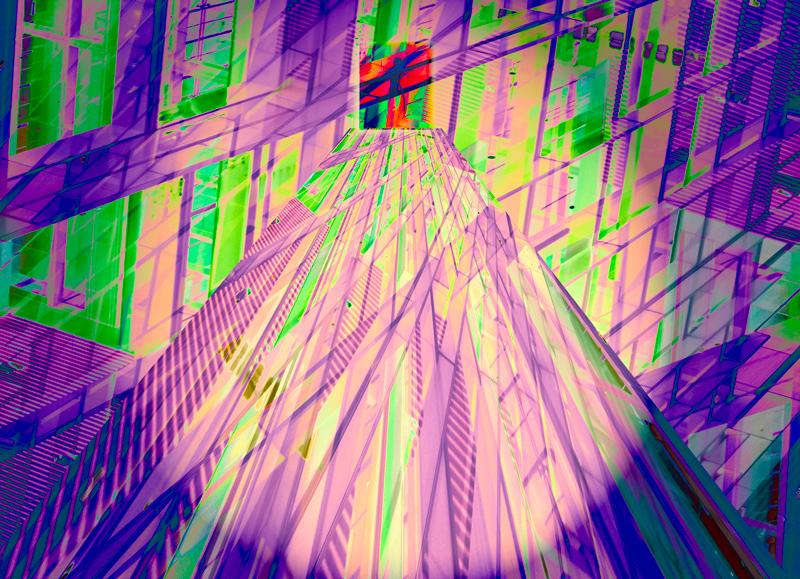 The Hole was so deep. I couldn't have fallen into it. I would have been hurt. I had a small memory of being placed. Warm hands, but not human.  When I awoke, I screamed for help.  No one came.  The daylight was fading.  Night was taking over. The stars were vivid and bright.  The second day my prison was dark.  A ceiling had been placed over the hole. Claustrophobic feelings encassed me.

The walls looked like mud, but as I leaned on them, I knew they weren't.  They were harder, unmoving.  I lowered myself to the floor. I expected it to be cold. Instead it held a comforting warmth, like a heating pad on low. I forced myself to breath. I needed time. I was too afraid to explore the darkness. After many hours, I slept.

I awoke when the ceiling became a picture. Soft light, with stick figures acting out simple movements. A voice tried to speak to me. WW aaah Tt uh r. NNN oh ss ad. Phonics, like I taught my daughter. The floor began to fill with water. My biggest fear is drowning. I forced my old knees to stand. My back pushed against the wall.

The ceiling picture began to move. The stick figures were giving me orders. The pictures wanted me to sit. The water was to my knees. If I sat I could still breathe. I took the chance.

The water rose to my a few more inches then stopped. It was warm, fragrant, delicately soft. They didn't want to kill me, at least now. There was a beautiful smell in room, a flower I didn't recognize. Then a disinfectant smell. I felt clean, I smelled sweet, not like the older lady I was.

"I'm Sixty One", I yelled into the silence. "What do you want from me?" No answer.

"I have three children, two grandchildren. Another grand baby is on the way. I don't know his name yet.  I want to go home."

The screen ignored my pleas. The stick figures on the ceiling gave me stretching exercises. After several hours the room drained. The water went away. In its place, a slit in the floor opened, a tray slid out of what looked like an underground drawer. Nuts, fruits, rice, healthy vegetables, filled the tray. A hidden cabinet in the wall opened to reveal refreshing drinks, juices, nourishing milk shakes. The food was delicious.

The loneliness was devastating. The hours were so long.  I missed my family with every aching moment.

On the tenth day in this new world, I made a discovery. The light from the ceiling illuminated my knee. I had surgery the year before, a total knee replacement. Now there was no longer a scar. It was perfect, new unhampered. I was going to have my other knee replaced the folowing year. Now, my arthritis no longer hurt. Even my childhood scar from the small pox vaccine began to fade.

With each new renewal bath, I grew younger. I also grew angrier.

"So this might be the fountain of youth. I may be getting younger each day. I think I have lost weight. My hair seems thicker. I have no mirror. I can walk without breathing heavy. I'm hearing better. I was beautiful once. Is that how I look now?"

I asked the screen questions.

"How long have I been here? Did I miss my new grandchild's birth? I want to know."  I became sarcastic, "You are making my body younger? Wow, What a dream. Did you even stop to ask me if this is what I wanted? I was selfish when I was young. I wasn't happy. I didn't understand life. Are you taking me back to that time?"

I screamed at my captors.

"You think this is a gift?  You think this is what I want? You forgot to ask me what I needed, what I wanted. I want to love my husband. I want to see my children, my grandchildren.  I don't want to relive my life.  I want to watch their lives. I want to comfort them when life goes wrong. I want to help with the down payment on their first house. I know life is cruel sometimes. Did you ever think that they might be unhappy without me.  Do they think I abandoned them? Do they think I am dead?  They are missing me. They are part of me. I am part of them. Let me go. Let me out of this hell hole."

I cried until I was dehydrated. Salt trails formed on my cheeks.

Their human advisor had been altered to understand their language. They communicated telepathically. He once again tried to explain it to them.

"There is a connection between humans. Mothers and children are codependent. They never really leave each other. Husbands and wives have this commitment called marriage. It is a combination of attraction, understanding, forgiveness and acceptance of the person they are with. At the beginning of marriage they try to change each other. They often argue and raise their voices. Each of them believes their way is the right way. Eventually, they simply accept each other. They learn to love their unigueness. It is then that they experience love. Something they refer to as unconditional love. Humans are not born with knowledge. They acquire it. Sometimes it is a painful process. They make many mistakes. They evolve into who they are. This woman has lived life. She is happy with the outcome. She doesn't want to change it. You need to let her go."

The screen lit up again.  It woke me.  I stood up, ready for another "Cleansing."

There was a stairway leading to the top. The ceiling was retracting. Fear overtook me. I stood. Silence filled the room. Hope made me move. I climbed the first step. It was a long way up. When I reached the top, I wasn't sure which way to go. I was in a park I didn't recognize. I chose to walk to the right.  I felt more alive with each step.  I saw grass and trees. I felt the warmth of the sun on my face. I got to the alley near my house. I saw garbage cans turned over and looted by loose dogs. The pungent smell proving once again to me that I was no longer in the hell of perfection. This life was mine again. I had choices to make. I picked up the pace. I could see my house in the distance. Each step filled with anticipation. Not quite running but exhilarated as I approached my haven. I stopped three feet in front of my door. I smiled. I felt a familiar feeling.


© Copyright 2022. jusylee72 All rights reserved.
jusylee72 has granted FanStory.com, its affiliates and its syndicates non-exclusive rights to display this work.
Don't miss one of our own....
Read Patricia Dillon

Baseball, Records and Heros
A love affair with baseball

Pays: 10 points. and 1.13 member dollars
Copyright © 2000 - 2022 FanStory.com. All rights reserved. Terms under which this service is provided to you. Our privacy statement.
top
You Have No Rank
Share 4 posts to be ranked.