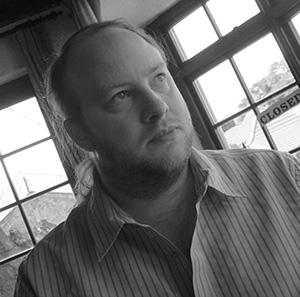 Fleedleflump (known locally as Michael Bell) is an enigma wrapped in a Dime bar, a sumptuous meal with a nutty aftertaste, a sandwich board shouting inanely of love, fantasy, and perception.

In more mentally balanced tones, he is a young(ish - more...

He is a top ranked author and is currently holding the #56 position.

He is an accomplished novelist and is currently at the #25 spot on the rankings.

He is an accomplished script writer and is currently at the #8 spot on the rankings.

He is an accomplished poet and is currently at the #33 spot on the rankings.

The Seal of Quality committee has rewarded him with 1 seals. He is also an active reviewer and is holding the #47 spot on the top ranked reviewer list.

A chapter in the book The Cook and the Time Traveller

"Be told, master Raff -- if you burn those loaves, I'll be serving your hide for dessert." She watched the boy race across her kitchen, his expressive mop of hair bouncing, before turning back to her vegetables. Moments later, the room flooded with the magic aroma of fresh-baked sourdough.

"Don't leave the door open! Now get the ox head straight in -- you know Lord Winsome likes the ears crunchy." She didn't watch him -- too concerned with turning carrots against her paring knife -- but she knew it wasn't necessary. Raff was a good worker who just needed to be kept on his toes.

"Lord Mucky Muck had better appreciate this," she mumbled, placing down the last carrot, carved meticulously to the same height and shape as the rest. Turning, she carried her tray of raw vegetables across to the cauldron, picking her way between sleeping dogs. The kitchen was the warmest place in the castle and as such Lord Winsome's hounds were near-permanent guests. Of course, if he found canine hairs in his dinner, that was chef's fault rather than the dogs'.

The vegetables plunged into bubbling water with one deft flick of her wrist, leaving her to perch against a prep surface and take a moment's break. The kitchen sprawled before her -- solid timber work surfaces, stacks of pans and a giant oven met her view. The stone walls were nearly black from soot but they felt appropriate. Raff was stacking loaves onto cooling shelves, his young hands calloused and burned. The kitchen cat streaked between two surfaces in a tabby blur, taking its job as Mouser seriously. All this, she watched through a shimmering curtain of heat.

Some time later, she peeped with pent breath from the servery door while the waiting staff dished her meal to the lord and his family. Pride filled her chest at the beautiful meal she'd served up, egged on by frequent nagging to do better. He'd been on a trip to distant lands, and now her cooking wasn't up to par. Well, this time she'd show him. Her food could be the envy of the land, if only he'd let himself taste it.

Winsome was a wiry old bastard with a face like a bird of prey crossed with a rotten grape. His permanently sour expression made him look like he'd swallowed a lemon-flavoured cactus and the stark white military-cut hair did nothing to soften his severity. The family ate in silence, his wife and daughters casting occasional meek glances his way.

For a few moments, she let herself fantasize he was actually enjoying the meal, but then his hand snapped up in that hated, predictable gesture she'd come to dread.

"Bring me the cook -- now." His voice cracked against the air like a whip and she shuddered involuntarily.

The head waiter strode into the servery, not giving away her immediate presence, and cast her a sympathetic look. "Sorry, Lizzy. I hope you have your tough ears on."

She blinked back the tears brimming behind her eyelids and nodded, following him back out into the dining hall. Approaching Winsome's chair, she noticed the ladies doing their best to avoid looking at her, chewing their food slowly as though frightened to make noise. She paused at the appropriate position and clasped her hands behind her, standing to attention.

"You believe you can just take your peasant knife to some vegetables and you'll meet my expectations? Well?"

He smacked a ring-clad hand down on the table with a deep bang. "I don't want excuses. The ox cheek is overcooked, the ears are hairy, and these carrots look like a band of Irish infantry marching against me." He growled audibly and shook his head. "I ask for gourmet and you feed me common muck. I want to eat like those bastards across the water. I want decent food. Take this slop away."

The walk back to the kitchen with his unwanted plate of food was the longest journey Lizzy ever made. No amount of blinking could stop the tears falling. She wanted to be angry, to leave the castle in righteous ire and set up somewhere else, but all she felt was despair. This meal was the very best of her work -- almost a full day spent preparing and cooking everything to perfection. If it still wasn't good enough, perhaps she didn't deserve to be the chef

Raff ran up, excited, when she entered the kitchen, his face as bright as she'd ever seen it. When he saw the barely-touched meal in her hands, the expression changed and he looked desolate. Lizzy's heart sank -- the boy never usually looked unhappy.

She ruffled his messy hair. "Never mind, lad. He's just an old meany. I know you did your best -- we both did."

The sound of a throat being cleared echoed across the room, and she turned to see the Lords' manservant in the doorway, his customary smirk in place.

The smirk stayed firm, unmoved by her sub-zero tone. "You need a hand, Liz, and that hand's mine."

His eyes glistened hungrily but it wasn't food he wanted -- that much was plain to see. He moved towards her in a confident stalk. "I can help you." The tip of his tongue slithered between his lips and she felt her stomach turn.

"Of course you do." He sidled close and she fought to stand her ground -- it wouldn't do to retreat in the face of a snake. "You can be the envy of the castle ladies." A hand squeezed on her hip.

She took a deep breath and smacked his arm away. "I'll bed these hounds before you, Marcus. You can keep your help."

His smirk became a sneer. "Whore." He hurled what looked like a giant green egg onto a nearby surface. "Lord Winsome bade me give you this. Some weird black-skinned dwarves gave it him on his travels. Sod knows what you do with it."

He turned on a heel and stalked from the kitchen. In his wake, Raff peeped from behind a surface.

"What does whore mean?" he asked quietly.

"It means some people don't understand their own words."

A crash sounded from outside the entryway, but Lizzy didn't care enough to investigate -- if Marcus fell flat on his face, it could only be a good thing. She turned to the egg-shaped object he'd tossed onto her work surface. It was large enough to fill both her hands and, whilst she'd have called it green, there were also hues of brown and orange running through it. One end held the remnants of a stalk, indicating it grew from a bush or tree. Firm to the touch, it had the texture of dense skin.

"What are you?" she whispered, rotating the object in her hands.

"It's a Cacao pod," said a strange voice from the entryway.

She squealed as she turned, seeing Raff disappear into his favourite hiding place behind a counter.

A man who defied rational description stood in the doorway. His hair was insane -- waving around his head like a highborn lady's. He wore a brightly coloured shirt with a strange pattern on it and faded blue leggings with visible stitching. His feet glowed bright green, clad in some form of cloth rather than leather.

"Well tickle my toes," he said. "This isn't the Channel Four studio."

.
.
Some of you might remember this from my Page and Spine feature last year. Here is part one of the re-edited, extended version. I hope you enjoy the read.


© Copyright 2022. Fleedleflump All rights reserved.
Fleedleflump has granted FanStory.com, its affiliates and its syndicates non-exclusive rights to display this work.
Don't miss one of our own....
Read Kaiku