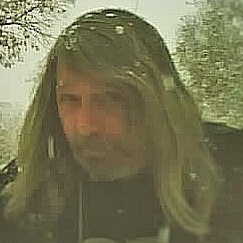 The Waters Off Rigel Part 1

She did not attempt to sound crude and she did not. Lounging on a boring bed of rose petals would not be on her agenda. She wanted him and had for some time. Deceit did not pass between them and being coy would never be her approach. She had decided what she wanted and planned to participate fully.

He showed no signs of visible panic. A missing heartbeat did not require much imagination. Desire for her was a certainty. It occurred to him that it might not be the best thing for her. He wondered if she truly wanted him. He knew that he heard his own foolish voice of fear speaking nonsense. Their warmth for each other was mutual, but unspoken. Trust and overwhelming curiosity had been developing for a long time. Their bond of friendship was unbreakable and whatever happened here, it would survive.

He already knew that kissing her was incredibly comfortable, satisfying and natural. That first kiss was a surprise for him. It was out of the blue. It was very movie of the week in truth. She leaned forward for a little peck on the lips goodbye, there was a hesitation, and then they fell together as though a romance novelist had written the script. Neither of them said a word.

He didn't know if her reaction equaled his, but her greeting just now had given him a rather solid clue. Tonight they would answer every question that had ever occurred to them about their compatibility as lovers and mates. It might prove to be the most amazing night of their lives.

The rest of that story is between them. I can tell you that they are a married couple. I tell their story to illustrate that they are real people and not simply space heroes or mythical characters as might appear when reading their press clippings. They are a team with bonds together and a part of a larger team. The entire team had many deep bonds. Some have bonds among their fellow team members. Some will be leaving behind those with which they have close bonds.

This would likely be a dangerous mission. It was the unknown. The unknown carries a sense of foreboding for good cause. Imagine, for a moment, the person that is closest to you in the world. Are you willing to leave them behind for the greater good of humanity? Or, perhaps, take them with you on a perilous journey that neither of you may survive? Each member of this team had made that commitment.

People that travel in outer space are not Flash Gordon or Green Lantern. They are real people like those that perished when the space shuttle Challenger exploded in clear view of a horrified world.

The discovery of a wormhole just outside of earth's own atmosphere astonished the world. An exciting link to faraway alien worlds existed right in our own backyard.

Imagine a corridor to the farthest reaches of outer space. This corridor would sit there right before your very eyes unseen. But, it had to be there. There would be no other explanation for the occurrences that happening around it.

That is exactly the situation before them.

Radio and television signals originally transmitted from earth somehow re-transmitted back to earth from the vicinity of the white star Rigel.

Rigel is fifteen hundred light years away. I am no scientist, but that tells me that light takes fifteen hundred years to reach earth from Rigel and vice versa. Imagine that when you spot Rigel twinkling at you in the constellation of Orion that the light you see left Rigel fifteen hundred years ago. Our own sun is a star that is ninety-three light minutes away for comparison. I am sure there is a "Light Years for Dummies Manual" that I have failed to read that can explain it better. Please refer to that before I embarrass myself any further.

Anyway, trust me on the science or look it up. The very thought that radio and television signals were being either reflected or transmitted from Rigel was astonishing. That meant that at a minimum the signal had a turnaround time of no more than eighty years. The fact was the turnaround time was less than twenty-five days. That would be approximately two weeks to Rigel and two weeks back. Impossible is not nearly an adequate word to describe the phenomenon.

The scientists determined that there had to be a wormhole there. They also determined, almost exactly, where it had to be. A team began to be assembled almost immediately before a plan had begun to be put together. A clear cut plan of action had not yet occurred to anyone. But one thing was certain, without any doubt, the team was going to put on their boots and march right down the center of it.

Sunny was a rather tall, but proportional woman, thirty something that looked it, but wore it well. Her full name was Sunshine Rainbow Karkovich. She was the product of flower power gone mad. As much as I hate to admit it, that name might have occurred to me back in those days. I think I would have went with Mary or John, just in case the revolution fizzled out. But I didn't have any kids, so I couldn't really swear that Shadow Moonglow Cahill might not be walking the earth somewhere, otherwise. I am sure she would be thanking me for her lovely name, of course.

Sunny was nothing like her given name or nickname. She was very serious and spoke only after deep reflection. When she spoke, it was with the conviction of someone that had given the matter her full attention and this was her thoughts on it. Her husband gave quite the opposite appearance. He was downright hilarious. He looked like Albert Einstein gone mad, more hair, crazy ideas, laughing at his own thoughts as though the whole of existence was hilarious, but only he got the joke. Funny thing though, Sunny got the joke too. If you saw her with him, you would think that "Sunny" Sunshine Rainbow was a fitting moniker.

You almost hated being with the two of them, because you might as well be alone. It wasn't long before people referred to them as, "Planet Karkovich". When alone, Johann Karkovich was very accessible and endlessly entertaining. He was like a performer that was always on stage. Everyone secretly hoped that when alone with Sunny, he got to lay his head in her lap and just silently exist.

Sunny was accessible in her quiet serious way. When spoken to she listened with interest and responded with thoughtful insights. They were, all in all, well liked. And in their private musings, at least half the team had fantasies of one night with one of them. But, everyone knew that all their nights were spoken for already.

Doctor Trent was a man that had aged as we all hope we will. Not that every one of his sixty-four years weren't etched on his face, they were. But it was the same face through the years, the same features, same smile, same eyes with the same light showing through them. There was a sense of future with him. You felt as though there were still surprises left to discover. He was always in the company of youth.

Another one off the shelf. It is hard to classify this as science fiction as there is very little science in it. That is an aspect of the story so, I suppose it is appropriate. Looking for feedback and suggestions. Most of my early stories are more outlines with some details. They may be pieces to expand or leave as they are. Or, perhaps your canary cage has need of it. I am at your mercy. Be kind but, honest. Cash awards and absurd amounts of stars always welcome. This is part 1. Part 2 is up tonight also.
Pays one point and 2 member cents.

michaelcahill has granted FanStory.com, its affiliates and its syndicates non-exclusive rights to display this work.
Don't miss one of our own....
Read Kaiku