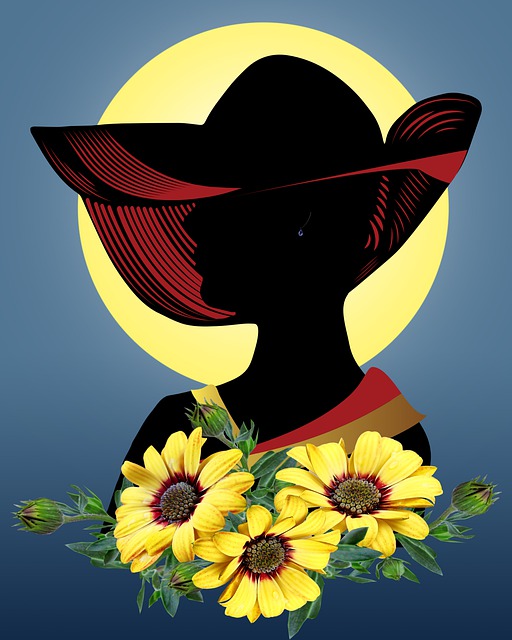 I live in Bird City USA: Home to the Baltimore Orioles, and the Baltimore Ravens. We're called the Blue Crab State--the seafood delight of the East Coast.

I am the author of five books: A Voice in the Mirror (Bio-Poetry), The Glass Cat - more...

She is an accomplished novelist and is currently at the #28 spot on the rankings.

She is also an active reviewer and is holding the #80 spot on the top ranked reviewer list.

Steven's Plan-B is set in motion

A chapter in the book The Glass Cat Eye

From his car window, Steven continued to spy on Madame Reece. She and her chubby little assistant, Debbie, stepped from a late model black Cadillac STS onto the narrow strip leading to Dr. Connelly's light brick mansion. The walkway divided a large sea of mowed grass, and it stretched from an iron gate to designer front steps. They stood before a carved mansion door with old world glass, and solid wrought iron grills. An African American woman opened the door and smiled, then motioned the women to come in.

Steven looked on curiously. He had been faithfully following Madame Reece's every movement.  For over two months, he had tried to get her routine down. Steven needed to get into her house and snoop around. He learned that Madame Reece was a creature of habit; and just when he thought he was ready to make his move, she did something different today. And here it was. And who was this new person she was visiting? Steven had to find out. He tore the wrapper off his fourth Snickers bar, turned on some Jazz and kept his eyes on the front door.

Inside, Reece and Debbie sat quietly, their eyes taking in all the treasures of the room: Encased on the wall was an early 1950s Jackson Pollock original abstract painting; under the painting, were two antique, dark cherry, Accent chairs. Next to it...a table that held a nineteenth century Chinese porcelain lamp. And right in front of Reece, on a carved wood table, sat an odd looking porcelain object that looked half dog, half lion. Reece leaned over to get a better look at the thing.

Reece looked up at Dr. Connelly walking towards her smiling with both hands extended to her and Debbie.

"Oh, how interesting," Reece said, and shook his hand. Debbie nodded, shook his hand and quietly went to the far side of the room so Reece and Doc could talk privately.

"It was created around the early nineteenth century," Dr. Connelly continued. "It's also known as a Buddhistic Lion. The Chinese believed it would guard against bad spirits and bring good luck. Nearly every household had one."

"Well, this whole room seems one big history lesson. I hope you didn't mind my being so inquisitive."

"Very well, Reece. Can I have Roberta get you and your assistant anything, um... tea, coffee something a little stronger...maybe?"

"As you can see I love to collect things. Did a lot of collecting things when I was lecturing in Asia."

Doc took a seat next to Reece on the sofa as he continued.

"Actually it's my wife who is the real art collector; I just pick up the tab." He laughed.

Reece laughed too as Dr. Connelly made her feel more at ease.

"I'm really impressed with you."

"Of all the letters I sent out, you were the only Spiritualist who accepted my invitation to discuss this most pressing matter."

"Don't be so impressed with me. They asked me to come and represent them."

"You mean, you guys know each other?" Reece chuckled at Doc's surprise.

"Only the ones affiliated with UPC, our organization."

"And that stands for?"

"Universal Psychic Conference, it's world-wide. It was started in the late 1960s by Madame Katherine Moals and sixteen other psychics. We now have over five hundred chapters."

"You mean there are that many Psychics in the world?"

"When you consider that there are five billion people on the planet," she said smiling.

"I guess that isn't such a big number at that. So they didn't refuse me, they just sent you. Well, I'm thrilled that you came."

"That may change," she said.

"They sent me to stop you."

"Stop me from what?"

"They're afraid you might be causing a panic with all this talk of demons and devils; people have grown to trust our gifts."

"And that's exactly what I'm afraid of," said Doc, "people trusting you."

"My dear woman, you and your colleagues are about to open a door that only God Himself can shut."

"There's nothing behind that door, but your own foolish religious ignorance"

"My own ignorance, you say?"

"Can't you see that you are causing a panic? If people start believing what you're lecturing, it could shut us down."

"But that is precisely what I want to do."

"But we bring good to the world."

"Good to the world?" Doc couldn't believe his ears.

"Listen," she continued, "do you know how many cases, I alone, have helped Law Enforcement to solve? By contacting the dead and having them tell me who killed them...."

Doc laughed four loud "ha's" and shook his head in disbelief.  Debbie looked from across the room disapprovingly, like she wanted to grab Doc up by his collar.

Reece quickly stood up from the sofa and grabbed her purse.

"Well I guess that's that," she said and started for the door.

Doc chuckled and then sighed.

Disappointed with himself, he reached out for her arm and gently held on.

"I'm sorry. Please don't leave. I was wrong to laugh. I believe you're a good person; you believe you're doing a good thing. Please...let's start over."

Doc still holding on, motioned her to sit back down, which she did. Doc slid closer to her. Debbie, concerned, gazed from across the room. The two resumed their talk, this time more civilly. Each struggled to understand one another's point of view; they talked respectfully to one another for over an hour.

Outside, Steven ripped off the wrapper of his sixth Snickers bar and took a huge bite. He froze before taking another bite when the front door opened. He watched as the tall, distinguished and slightly balding man stood in the doorway and ushered the women off with a wave. The women got into the car and drove off. Steven snapped a picture of Doc, and memorized the address. He followed the black Cadillac as it veered off the quiet street onto the hectic highway.

amahra has granted FanStory.com, its affiliates and its syndicates non-exclusive rights to display this work.
Don't miss one of our own....
Read Kaiku