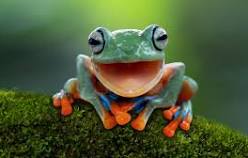 (Profile sketches drawn by my children/family)

I am here to improve my writing. I feel that I am creative, but seriously lacking in grammar, structure, and dialogue writing skills. I often describe myself as 50% genius and 50% idiot, with th - more...

He is a top ranked author and is currently holding the #48 position.

He is an accomplished novelist and is currently at the #37 spot on the rankings.

He is also an active reviewer and is holding the #9 spot on the top ranked reviewer list.

Once A Marine Always A Marine

The United States Marine Corps has lived by the motto “First to Fight” for 247 years. It is a warrior culture defined by our war fighting ethos.

There are currently 177,200 men and women wearing the uniform of the most storied and feared ground fighting force on the planet, including 31,000 marines currently forward deployed in locations abroad. America sleeps sound, knowing that these men and women are walking the line between the homeland and our enemies.

Quite simply, it means that no matter what I am hit with or what comes at me, or how fierce my opponent is I will not quit. I will run, walk, crawl to accomplish my mission, as long as I am still breathing. Battle fields and technologies change, but that fighting spirit never does.

These lessons were taught to the Mexican army in the Halls of Montezuma, the German army in Belleau Woods, Imperial Japan on the island of Iwo Jima, and once again at the Frozen Chosin where only incredible counteractions saved all from being lost.

The enemy learned of that fighting spirit at the Battle of Khe Sanh where enemy casualties were more than five to one, and the Islamic insurgents in Fallujah were taught the same lesson. While many marines made the ultimate sacrifice in those engagements, they broke the enemy and won the day.

The ingredients to a United States Marine are simple:

Mix all that up and throw in a little bit of attitude and you have yourself a United States Marine. The marine may be slow or smart, ugly or charismatic, black or white, male or female, or from any city from San Diego to New York City, but we all have one thing in common. We are all in an elite brotherhood of warriors, faithful to God, country, corps, and each other.

The legend of the corps is built upon the backs of legendary heroes like Chesty Puller, Herschel Winnie Williams, John Basilone, Frank Emmanuel Peterson Jr., and Nicole Mann. Smedley Butler and Dan Daly both earned two Medals of Honor.

People enlist from ordinary walks of life . . . are honed into warriors . . . and then do extraordinary things in times of great stress and hardship. This occurs from the lowest private to the highest general. In the corps, everyone fights.

Several marine generals have been killed in action and to date, 297 U.S. Marines have been awarded the Medal of Honor.

We marines have earned our many names in blood, sweat, and tears; some even given by our enemies. Teufel Hundens (Devil Dogs), Jarheads, Gyrenes, Grunts, and Leathernecks are all historical terms that marines claim and hold with pride.

With a legacy like that, it is no wonder that it is well-known that once the title of United States Marine is earned, it is never lost. Once a Marine, always a Marine.

I thought this appropriate as today is the US Marine Corps 247th Birthday!
(https://youtu.be/puRrfNkXNcs)


© Copyright 2022. Douglas Goff All rights reserved.
Douglas Goff has granted FanStory.com, its affiliates and its syndicates non-exclusive rights to display this work.
Don't miss one of our own....
Read Kaiku