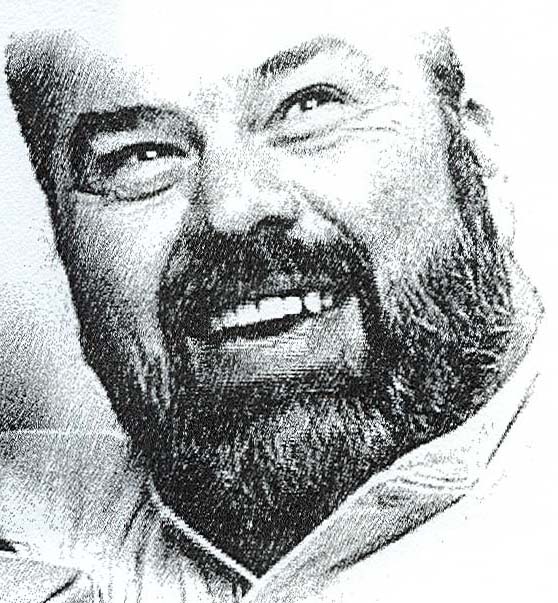 There used to be quite a few writing outlets on the internet where one could just voice their emotions. A person may make some money from views, then again, they may not. The point is I had an outlet for my voice. These sites seem to have disappeared - more...

He is a top ranked author and is currently holding the #38 position.

He is an accomplished novelist and is currently at the #19 spot on the rankings.

He is also an active reviewer and is holding the #11 spot on the top ranked reviewer list.

A chapter in the book The Handwriting is on the Wall

An Eye for an Eye

What we say:
“An Eye for an eye.”
Most often said to justify revenge for something someone has done to us.

Why we say it:
You hurt me, and I will hurt you. You cheat me, I will cheat you. After all, the Bible says, “An eye for an eye and a tooth for a tooth,” doesn’t it? We have taken that little phrase literally, at face value, forever. It seems it means whatever you do to me I can do back to you. Or that's what we want it to mean.

This idiom seems to be so ingrained into our thinking that most of us never even think about its biblical origins. I am certain that almost everyone who uses it has no idea where, in the Bible, it was first uttered. Still, we say it because we want to justify exacting revenge on someone for something we deem they have done that has resulted in harm or loss to us. Conveniently, or so we think, we have biblical permission, in fact, a Biblical edict, to do just that. Because of that unfounded assumption, we may be using this phrase more than we should. It would be best to first ascertain the real intention of its appearance in the Bible.

Why the Bible says it:
Moses wrote the book of Exodus more than likely during the 40 years in the wilderness (1450-1410 BC). In fact, Moses is credited with writing the first five books of the Bible; Genesis, Exodus, Leviticus, Numbers and Deuteronomy, commonly referred to as “The Pentateuch,” or “The Torah.” Pentateuch simply means five (Penta) volumes (teuch). The Torah, associated with the Jewish faith, equates to “The Law.” Many refer to the first five books of the Bible, the Pentateuch, The Torah, simply as “The Law of Moses.”

The five books of the Pentateuch each has its own particular emphasis, or themes;
Genesis: Creation, the fall of mankind and the Great Flood
Exodus: Plagues of Egypt, the Ten Commandments, and the Tabernacle
Leviticus: True nature of worship, diet, social behavior
Numbers: Character of God, the land God gave the Israelites, Israel as God’s chosen people
Deuteronomy: Fear, Memory and the past, justice, and judgement

By the time we encounter “An eye for an eye,” (Exodus 21:24) the Lord had already given Moses the Ten Commandments on Mount Sinai. Amazingly succinct and yet very complete in their coverage of what the Israelites must follow, the Ten Commandments provided, and still does provide, a strong blueprint of how we should, or must, fashion our lives.

Through their actions, however, the Israelites proved they needed more than the Ten Commandments, handwritten by God himself, to structure their lives. Moses was tasked to provide this additional instruction or direction. He did so in some incredibly detailed rules which are partially defined in chapter 21 of the book of Exodus.

Upon reading any part of Exodus, particularly chapter 21, one will get a good picture of true Biblical justice. Not much is left to the imagination. You do wrong you get punished; simple as that. Only, at this point in history the “punisher” is God himself and Moses’ words give testament to God being a Just God.

If men are fighting and, even accidentally, hit a pregnant woman and severe injury results, the one who hit the woman is to be put to death. This is where God says; “Take life for life, eye for eye, tooth for tooth, hand for hand, foot for foot, burn for burn, wound for wound, bruise for bruise.” God leaves nothing to the imagination; punish the wrongdoer in the same way the wrongdoer hurt the victim. How would our justice system look today if we were to follow the Lord’s direction? Who among us could survive?

These edicts, including “an eye for an eye,” were still subject to judgement. None of them were meant to be practiced by individuals against another individual, simply because they felt they had been abused or they felt they “had a right!” The matter must go before the courts and be heard for a judgement.

Jesus saw the abuse of “an eye for an eye” taking place, or the possibility of it occurring, and he corrected it in several places in the New Testament while he was here on earth. During the Sermon on the Mount; “You have heard that it was said, ‘An eye for an eye and a tooth for a tooth.’ But I say to you, do not resist the one who is evil. But if anyone slaps you on the right cheek, turn to him the other also.” (Matthew 5:38-39)

An eye for an eye is placed here, in Moses’ law, as part of a lengthy list of rules, regulations and edicts the Israelites were expected to abide by. It is meant to instruct judges and rulers on how they might punish certain crimes not to tell someone how to “get even.” It has always been expected to be applied with an equitable result in mind; an eye for an eye.


© Copyright 2022. GARY MACLEAN All rights reserved.
GARY MACLEAN has granted FanStory.com, its affiliates and its syndicates non-exclusive rights to display this work.
Don't miss one of our own....
Read Patricia Dillon