They Carry Their Own Fire 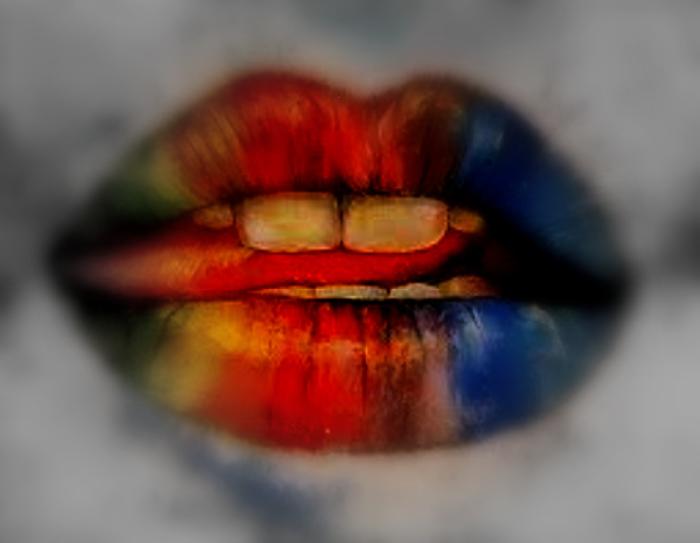 She knew it was too early to be drinking but she liked it here- in the cool, in the dark. It was quiet and deserted and nobody could see her shame. Except Matt. And he never asked questions. He just served the drinks. And shut up. He seemed to appreciate her need for solitude. Her quiet time. It gave her a few precious moments to pull herself together before she had to face the world. The regulars wouldn't be in for a few hours yet. She didn't have to pick the children up from school 'til much later. Yes, a quiet place to hide. Her phone went off startling her out of her reverie and she snatched it up quickly, too quickly, as it made contact with the bruises on the side of her face. She winced and jerked her face away from the phone.

"Yes! I understand. Pick up the blue suit from the cleaners. Take the gray one in. No, I'm not home yet. I had to run some errands after I dropped off the children. What errands? Oh, you know, little ones? No, I'm not toying with you. The pharmacy, the market... I will not take a picture to show you where I am. Honey, don't be ridiculous."

She walked to the doorway, snapped a photo of the pharmacy across the street, and hit send. She had taught herself this trick after the repercussions of not being able to satisfactorily prove where she was on another occasion. Clouds had begun to gather outside. It looked like rain.

"Okay? Satisfied?" She shuffled back across the room to her seat. "Yes dear, I know it's because you love me. I get it." She chewed her fingernails which were already raggedly worried to the quick, causing the cuticle on her pinky to bleed. "You won't be back 'til Thursday next week. I'll pick you up at the airport. Ten-fifteen sharp. No, I won't keep you waiting. I know you're sorry. You didn't mean it. Yes...yes, I'm alright. Yes, I'll take care of the children. Honey, please stop crying. I don't think you're a monster." She touched her hand to the painful spot in her scalp where hair had been yanked out and a tear trickled from the corner of her eye. "Yes, yes, I... love...too. I know how hard it is to be the sole breadwinner. I'll try harder dear. A gift? Yes. I'll look for it in the living room under the pillows." She longed to get back to her drinking but didn't dare suggest she be the one to disconnect. "No, I didn't go to the doctor this time. It's just a few bruises. Maybe I'll take the kids to mother's when you get back. The bruises night be faded by then and we can have some quiet time together. Yes, dear. I know you're sorry. Your plane? Of course. Have a nice flight." Prima pressed the disconnect button and exhaled. She hadn't even realized she'd been holding her breath until that moment.

"Matt?" She pointed at her empty glass and Matt brought her another drink. She turned on her barstool and realized she was not alone. Had she heard? Had she been listening? When did she even come in? Another woman lay partially across the bar with her back turned to her, one arm splayed out sideways supporting her head. Her long psychedelic-painted fingernails extended forward as though she was grasping for something. Long dark hair dangled down her back. Split ends, a little gray blended in. She could use a shampoo and a trim Prima thought. She wore a white crop top and clingy shimmery pants that looked like stars on a royal blue field. Her ample hips balanced precariously on the seat. Her high-heeled shoes lay underneath where they'd dropped one straight up, the other on its side. Maybe she'd slept through it all.

"Tough night," came a slurred reply and the woman turned her face down into the bar.

"Shi... she'd heard." Prima threw back her drink in a single swallow.

"Well, I am. I didn't do so good last night and there's going to be hell to pay." She turned to face Prima smiling a crooked little smile. Her lips were swollen and she was missing an upper and lower tooth. "Pat," she said, extending her hand for a shake. "Pitty-Pat really, professionally. Some joke, huh? Pity Pat! I used to dance under that name before I hit the streets. My government name is Bryn."

"Prima, as in ballerina." She extended her hand to return the greeting. "Ironic since my husband says I have the grace of a water buffalo in labor.  I'm sorry about.."

"No more pity, please. I was just feeling sorry for myself. Guy ran off without paying me. Stole my money too, after he knocked me down and beat the hell out of me. Rodney is not going to be amused. He says I'm careless. Maybe I am." Prima blinked and stared unable to come up with an appropriate reply. "What? Do I have something on my face?"

"No, sorry. It's just... You have a little blood trickling from your ear."

"Do I? Hm, didn't even feel it. Occupational hazard." Bryn dipped her napkin in her drink and dabbed at her ear. "I know, really unsanitary but a great disinfectant. Burns like hell though"

"Shouldn't you go to a doctor or something? You might have a concussion."

"Girl, please. I've been hit in my head so many times I've lost count.  How 'bout you? And don't tell me you walked into a door!" Prima had forgotten her own injuries for a moment.

"He.. beats.. me". It felt strange to say it out loud after hiding the truth all these years. "My husband...beats me."

Prima's voice faltered a bit. "I haven't told anyone. Not even my family. He's a respected member of the business community. It's complicated."

"Maybe less than you think. Do you love him?" Bryn asked.

"I used to. Now, I'm not so sure. He used to be so kind, thoughtful, protective. Now he looks for reasons to hurt me. He apologizes after..."

"Oh, I'm sure he does. With tears of regret, I suspect. He may change someday. I hope you're alive to see it."

"You don't understand," Prima said defensively. "There are circumstances..." Prima's voice trailed off.

"Matt?" He sat fresh drinks in front of them.

"That's how they getcha. I have four. ' Haven't seen them in years. They took 'em. Unfit, they said. Eh, they were probably right. I wouldn't want any of my daughters to turn out like me - weak, pathetic. None of 'em are Rodney's, you know." Prima nodded as if she understood. "They have a real father.  Had one, I should say. Never wanted me to lift a finger. Stay at home. Raise the children, he said. 'I'll handle everything he said. Until he didn't. Turns out he had another family on the other side of town. And more and more they started getting more and we started getting less. Bryn stared ahead remembering. One day he just didn't come home at all. I was so ashamed I didn't tell my family until we got the eviction notice. Then I had to because we had nowhere else to go. They couldn't take us in. Too many of us, they said."

"What about a women's shelter or temporary housing?"

"You don't even want to get me started on that," Bryn spat out. "So, now you know my sad tale. After they took my kids, I started drinking. Rodney found me at a club and rescued me from a guy with a nasty disposition and a knife at my throat."

"What made you start working for him, you know, turning tricks?"

Bryn didn't speak for a moment. "Food, shelter, hope that I would get my kids back. I don't know. I felt like I owed him something. After all, he found me at my worse. Cleaned me up. Took care of me. For a while anyway. Then, as he put it, 'c'mon girl, it ain't like you' brand new or something. You' been around before. Make that thing work for you.  And suddenly, I was Pitty-Pat. 'Sides, I really liked the guy before I knew... Well, it's too late now."

The early afternoon crowd began shuffling in. Prima took a sip of her drink. It tasted bitter. The alcohol didn't have its customary warmth and the coolness of the bar felt cold and bleak. The glass in her hand slipped and fell against the edge of the bar before crashing heavily to the floor. But it did not break. It fell on its side and spun round and round like the hands of a speeding clock.  Its contents splashed onto the floor as it turned. A little bit landed on Bryn's shoes.

Prima stood up suddenly. "It's never too late, Pat - I mean Bryn. Come with me. We have a week to figure this out before my husband comes home. Come home with me."

"Rodney will kill me if I don't go back."

"From the sound of things, he's going to kill you anyway, eventually."

"I don't live anywhere near this part of town. Help me pack up the children. Help me get away. We'll rest first and then plan. We'll hide until we have the strength to move on." Prima scooped up Bryn's shoes with one hand and grabbed her arm with the other pulling her toward the open door. "I've got money hidden under a floorboard and a savings account my husband doesn't know about under an alias, Phoenix Warrior. Come with me." There was desperation in her tone.

Arm in arm, they strode out of the bar and into the bright sunshine, excitedly devising a battle plan.

The grammatical errors in speech are characteristic of Bryn whose name I chose purposely for the Valkyrie Brynhildr pronounced Brin-hil-duur which means battle armor or bright battle. She was known as the leader of the Valkyries in Norse mythology. Bryn lost her strength when she became Pitty-Pat. Prima's name is also the name of a Valkyrie. Her name means, fight.
This story is to all of the warrior women who go to battle every day without recognition.
Pays one point and 2 member cents.


Unable to Label
Nonconformity at its best

Pays: 10 points. and 1.14 member dollars
Copyright © 2000 - 2023 FanStory.com. All rights reserved. Terms under which this service is provided to you. Our privacy statement.
top
You Have No Rank
Share 4 posts to be ranked.