Tiki was being haunted

Tiki and the Ghost 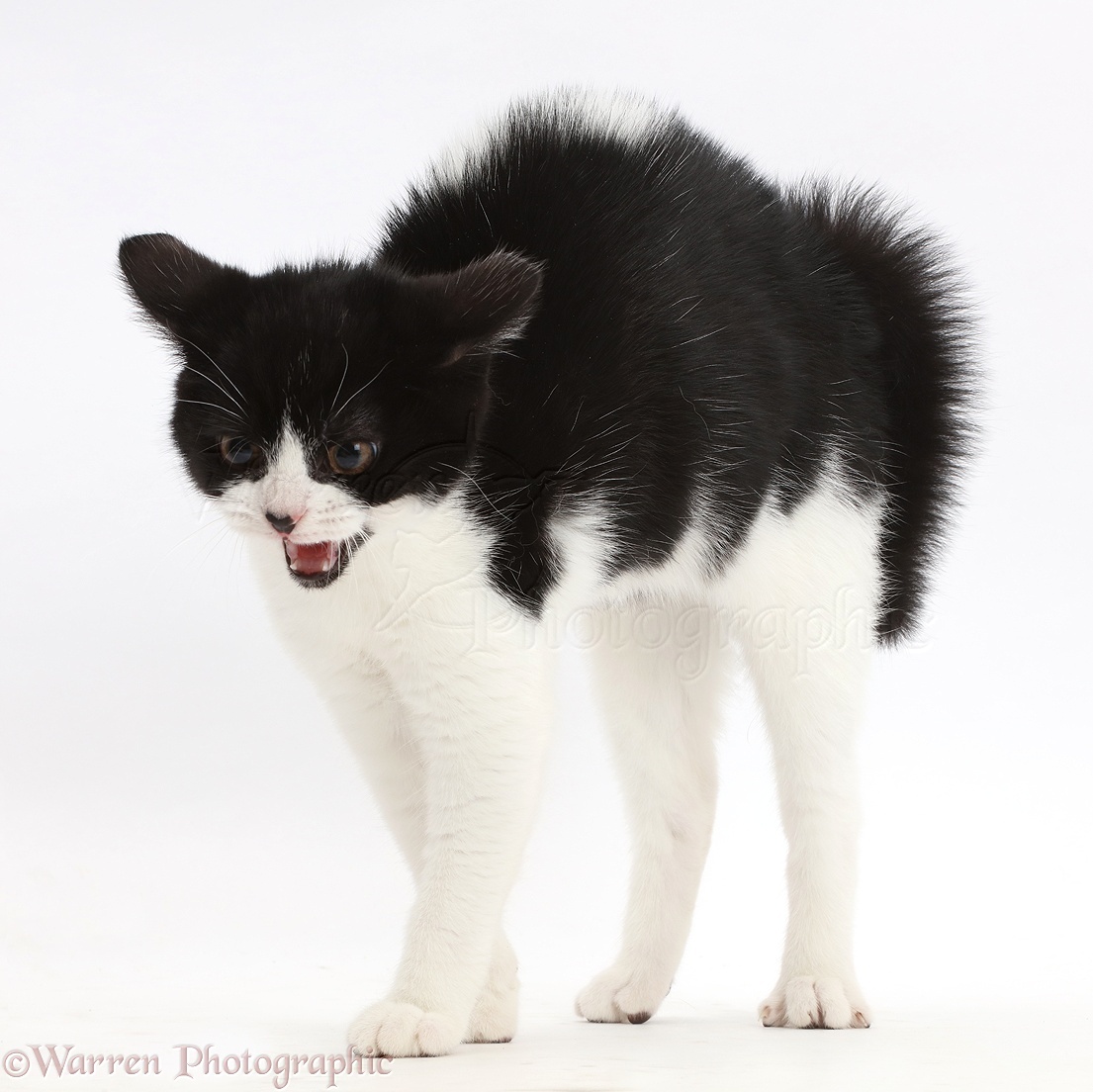 We moved into the country house and settled in. The kids were happy at school and all was well.
We had two cats, Tiki and Felix. Felix was a big black cat that was scared of nothing. Tiki was a small nervous little scrap who lived in his big brother's shadow .
One evening I noticed Tiki displaying aggression and fear. His back was arched and his yellow eyes blazed in the half light .
He had increased his size by half and every strand of fur was rigid with fear. I called to him, but all he'd do was yowl at whatever it was that threatened him.
After a while, he stopped and crept into the boys' bedroom to sniff under the beds and peer into the wardrobe.
Felix was unimpressed.
One afternoon I was watching Tiki walk down the path from the chicken coop when he suddenly leapt sideways and fled towards the back door.
I have never heard such a sound out of man or beast to compare with the noise that cat made as he came bolting through the open back door, across the living room floor and under the bed in the bedroom next door.
There he crouched, crying pitifully. I was stunned. What was happening?
Tiki came out of the corner he'd hidden in and calmed down. He sat on my lap all night until we went to bed and then he slept between us.
Felix stayed down by the fire. Sometime during the night I felt gentle, little pussycat feet walking over me and murmured a sleepy greeting to Felix.
The next morning Felix emerged from the heap of snug rugs and blankets the cats had for their warm bed by the fire.
I was puzzled, but thought little more about it until the following Saturday when a large black and white cat appeared in the garden.
As I watched , it began to fade from view, golden eyes watching me intently.
Then, the back door swung open. Tiki woke up. I felt the brush of fur against my bare arm as the stranger moved towards Tiki , sitting bolt upright and staring with his own, bright, golden gaze. Felix awoke and turned to see who had come in.
They both welcomed the newcomer whose purr I could hear clearly. The cat was a friendly creature, named Chico and we became fond of him.
A lady called Mrs. Brown had the kindest heart in Tweedvale and the whole town grieved when, a fortnight after the death of her beloved, disabled son, she too passed away.
We believe that Chico decided to postpone his own journey to the Rainbow Bridge, to accompany Mrs. Brown to her heavenly home.
True or not , after that night we never saw Chico again.


© Copyright 2022. Cass Carlton All rights reserved.
Cass Carlton has granted FanStory.com, its affiliates and its syndicates non-exclusive rights to display this work.