He is a top ranked author and is currently holding the #90 position.

The twin boys make a living by robbing the dead. 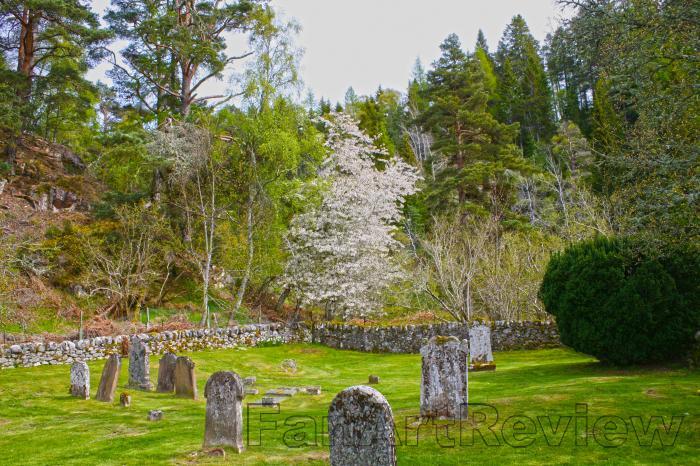 "Brother, let me sleep for one more hour, please."

"No. It's midnight. Tonight's job is a lot of money." Said Ah Kong.

"You didn't pay attention when I told you about this job in the afternoon," said Ah Kong, "the Chow family is in financial trouble. Rumors had it they are going to dig up their family treasures which are antiques."

"What have you heard?" Ah Kong asked.

Ah Ming sat up and said, "They are going to pick up the bones from their ancestor's grave and rearrange them in a sitting position. Put them in a big jar and move the jar to another place with better feng shui (fortune)."

"My innocent brother, it is a cover-up story to save face. Let's get ready and go." Ah Kong replied.

"Well, you are the smarter twin. You're always right."

It was a cloudy and windy night. The clouds covered the moon. The place was pitch dark. They found their grave-tomb.

"Ah Ming, why are you so timid? We've been in this business for almost two months. We're getting better, more careful and more skillful in our jobs."

"You're the braver twin. What can I say?"

They finally finished digging up the dirt and saw the coffin. The wood of the coffin was mahogany. It was an expensive coffin and still in a good condition. The brothers struggled hard to remove all the nails.

When they were about to open the coffin, all of a sudden, three crows flew over and sat on the coffin making noises to scare them. Ah Kong tried to drive them away with his shovel but they screamed back without moving. Ah Ming was scared and suggested to leave.

"I know the crows come for the corpse. But we had done all this work... and now... leave." Ah Kong continued to scare the crows away. But they ignored him. One of them flew around Ah Ming. Ah Ming started to run but Ah Kong stopped him and held tight onto his hand. Finally the crows flew away.

Ah Ming was relieved and Ah Kong put down his shovel.

The wood of the coffin was so heavy that they had a hard time sliding the cover off the coffin. They wouldn't give up and continued to use their youthful might to slide the cover.

As soon as they were able to open the lid by about one foot, rats ran out from the coffin. One after another rushed out. One or two jumped over Ah Ming's body. He stepped backwards and fell onto the ground. More rats ran over his body. He yelled for help. Ah Kong helped him to get up.

They had no idea how many rats came out but enough to scare Ah Ming. He wanted to go home but Ah Kong wanted to continue to open the lid and steal the jewellery and any other valuable items.

When they opened the lid a little bit more, a head jumped out with two red eyes looking at the twin brothers. Ah Ming was frozen. Ah Kong held Ah Ming's hand, pulling him running away.

They ran all the way home and the head followed them. Gradually the head disappeared.

The following evening, Ah Kong wanted to go to the graveyard.

"Brother Kong, can we not do this? I am scared of ghosts?" pleaded Ah Ming.

Ah Kong's eyes were wet. "We are seventeen. We need money to survive. Mom passed away six months ago. We still owe uncle Chiu money for Mom's funeral. This is the best we can do to make some money. Let's hope we can find some good treasure. Then I can take you to the big city. I'll find a job there to support you to go to school."

"Why can't you go to school instead and I find a job to support you?" Ah Ming's tears flew down his cheek.

"I am your big brother and Mom always said I should take care of you."

"You are only five minutes older. Why can't grandpa take care of us, like other people do?" Tears flowed non-stop from his eyes.

"Stop crying. Grandpa didn't like Mom. He said Mom was the curse in our family. Because of her, Dad had an accident and died."

"I know. So you must go to college to let Grandpa know you bring glory to our family name."

Ah Kong explained, "When we were born, I was over 5 lb 2 and you were only 4 lb 2. Grandpa didn't think you would make it. He thought another death in the family was another bad luck. He wanted to send you to the orphanage. Mom fought against Grandpa to keep you. You had to show Grandpa you were worth keeping. Now, take some sleep. We need to go out again after midnight.

At midnight, before the boys went out, Ah Ming asked, "Where shall we go tonight?"

Ah Kong sat down and told Ah Ming a story.

A couple of days ago, there was a wedding in the Wong family. The groom was very sick. So they used a live chicken to represent the groom to go through the wedding ceremony. They believed a happy event might help the groom recover from his sickness. Unfortunately, the chicken and the bride barely completed the three kowtows. The first one was to kowtow to heaven and earth, the second to the groom's parents, and the third one between the groom and the bride. After that, they were husband and wife. As soon as the ceremony was completed, news came out from the bedroom that the groom passed away.

The parents and some of the relatives ran inside to see what happened. The place was in a chaos. The bride fainted, fell and knocked down a tall decorative table and a big vase fell onto the head of the bride. Blood started flowing from her head. No one was there to help her and she died.

The groom's family was mad at the bride. They expected her to be at their son's funeral
and performed the duty of taking care of them for the rest of their lives.

They immediately buried the bride in her wedding gown including all her jewellery she was wearing at that time.

"The Wong family is a rich one. I'm sure the bride must have a lot of jewellery." Ah Ming smiled.

"Let's go now before the rain gets heavy."

They got to the grave. It was a new one. The tombstone wasn't put up yet. The rain had washed some of the mud.

"Ah Ming, the digging looks like an easy job. We may be lucky to get enough money for your college." Ah Kong told his brother.

The rain got heavier and lightning struck the ground.

Ah Ming thought of the gold necklaces, bracelets, and rings and was less scared tonight.

As soon as they opened the lid, the corpse jumped up and said, "Boys, why are you doing this?"

They both ran as fast as they could. The ghost wouldn't give up but chased them. The lightning struck on the ground again. The boys could see the ghost after them.

They ran, they fell and they got up. They continued to run until they had no more breath but fell on the ground.

Ah Kong then looked up and realized they were at their Mom's grave. The ghost in front of him was their Mom. He called with tears, "Mom."

Ah Ming turned around and rushed to hold the ghost and cried.

The ghost pushed him away and said, "Boys, why are you doing this? I've been following you two. I couldn't believe what I saw. I didn't raise you boys to be criminals?."

Ah Kong replied, "Mom, it wasn't Ah Ming's fault. It was my idea to do this job for a living."

"Mom, please don't get mad at us. We know it's wrong. We only do it temporarily." Ah Ming pleaded guilty.

The ghost came closer to hold the boys and said, "I wanted the two of you to finish college. I had saved some money, not much, but enough for you to go to the city to continue your education. The money was buried under my bed.

The boys looked at each other with a smile. The ghost held tight onto them but slowly disappeared.


This is a story happened in a small village in China. People were superstitious resulting in many sad stories. Some of them were told in this fiction.

Because of the local culture, the twin boys chose to rob dead people as a way to make a living.
Pays one point and 2 member cents.


The Tattoo
The Continuation of our Maritime Trip