First Chapter of a novel of horror 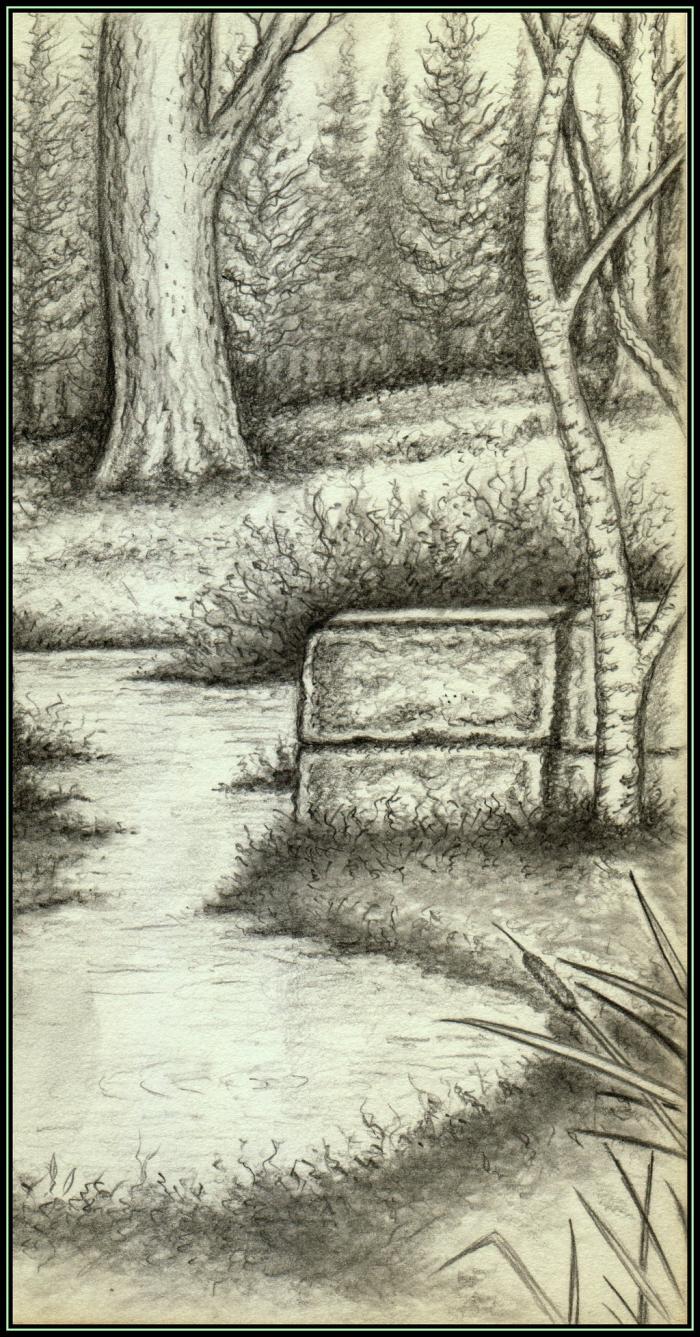 Melissa Russell took the same well-worn route to Kuyper Elementary that she had been taking for six years. At ten, she made the walk alone, unafraid. It was a straight path from her back door to the school building and much safer than circling the woods next to the interstate where the speeding cars and trucks stopped only if they hit something or someone.

She lagged behind the other kids most of the time because she liked the serenity of the forest sounds - the deer and small animals all sharing space in what she'd come to think of as 'her woods' but her dawdling made her tardy. The playground monitor, Ms. Walsh, the kids called her the drill sergeant, who coordinated the morning line-up, had chided her about it often.

This would be her last year for solitary morning walks and listening to birds and squirrels. She would graduate soon and be forced to take the yucky yellow bus to the junior high school. She'd miss the quiet mornings and the songbirds who sang, even on rainy days, as if they were creating music just for her.

And that's when it occurred to her. She didn't hear any birds! In fact, she suddenly realized, she couldn't hear anything. No squirrels, no rabbits, no rustling leaves. She could feel a breeze, but... She paused, straining, almost willing herself to hear... something.

A vacuum, she thought, recalling the definition from science class. Not the kind you use to clean the carpet but the absence of sound and... She couldn't remember the rest.

Suddenly, she began to feel very uncomfortable. Funny, the woods had never made her uncomfortable before. They seemed denser. She could see the sunlight filtering through. It hadn't become cloudier, just... darker. She wanted to comfort herself with a snatch of song or complex calculation in preparation for today's math test but she couldn't seem to force either to the front of her mind. She forced herself to move.

Then she heard it - a deep throaty rumbling like the sound a large animal makes when it's angry - or hungry, just over her left shoulder. Her eyes widened and she stood frozen to the spot, tense and ready in anticipation of what might come next. She had a sudden urge to urinate. Odd, because her mouth was dry as sand.

"Momma!", she said in a choking whisper, an almost silent prayer for help or mercy.

Then something moved. She heard a bump and a rustle of leaves as if something heavy had fallen to the ground. Then, what sounded like a sniff, wet and phlegmy - twice. Her knees grew weak. She rapidly opened and closed her fists which hung by her sides as if to pump up her courage.

A gray shadow, like a dense swarm of insects, streaked past approximately ten trees away emitting an exhalation of breath somewhere between a moan and a sigh of satisfaction.

A strangled cry left her throat. Melissa shuffled from foot to foot and took off like a cannon shot. The temptation to see what was chasing her was extinguished by the terror which held her firmly in its grip. Heart pounding, blood racing, she crashed through trees and shrubbery toward the opening in front of her. Something told her if she could just reach the clearing, safety waited on that side of the woods. The back of the school building and playground were just in reach. There were people there. She could see them. A silent cry of utter desperation escaped her lips and tears began to form as she watched the last of the line for fifth graders being ushered into the building by Ms. Walsh.

Wait! she screamed noiselessly propelling herself full throttle away from whatever was behind her. Please. Just a few more inches. Her foot caught something somersaulting her into the air with a hard thump into the clearing.

Momentarily stunned, she looked up into the blue sky which stared back at her as if it was another ordinary, beautiful June day. The sun was shining.

The birds were singing!

She turned with a gasp, back-pedaling crab-like away from the edge of the woods and its make-shift gate, never taking her eyes from its dark interior.

"Melissa! You're late again! Are you coming in or not?" Ms. Walsh yelled from behind the school fence.

Melissa struggled to her feet, burst into tears, and ran to the safety of the school building.

This is the first chapter of what I hope will be a supernatural novel about an ancient mystery that feeds on the light of small children to survive. I may make revisions or changes along the way. I'm currently pursuing two paths of thought. It depends on where the spirit (ha-ha) takes me.
Pays one point and 2 member cents.


© Copyright 2022. AliMom All rights reserved.
AliMom has granted FanStory.com, its affiliates and its syndicates non-exclusive rights to display this work.