He is a top ranked author and is currently holding the #88 position.

A father met his son after 15 years 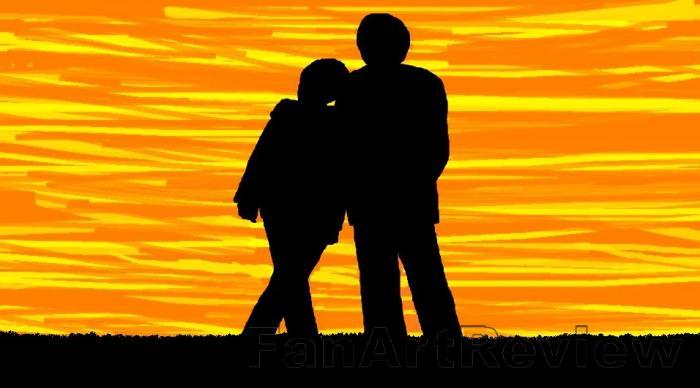 There was a knock on the door. I didn't answer immediately. I was in the middle of doing my project. The knocking continued and finally I walked lazily to the front entrance to open the door.

Standing in front of the door was a teenager. He was about five feet six inches tall weighing about a hundred twenty pounds. He had black hair and brown eyes. He was wearing a backpack.

"Whom are you looking for?" I asked with an annoyed tone.

"Is this Mr. Jennings's residence?"

"Yes, whom do you want to see?" I asked him again.

"Is Mr. Peter Jennings at home?" He said timidly.

He looked at me with his eyes wide open as if I was about to beat him. I looked at him and knew I had never seen this boy before.

"I'm Peter, why are you looking for me?"

"Can you let me come in ?" He was very direct but polite.

I took him into the living room. As soon as he sat down, he immediately took out a picture from his pocket and showed it to me. I was utterly surprised to see the picture of Nancy and me in Venice.

"Where did you get this photo?" I asked eagerly.

This photo was taken when I met Nancy in Venice about fifteen years ago. Since then, I have been looking for her everywhere but couldn't find her.

At this time, the boy's eyes turned into red, and became watery. He replied with a sad voice: "Nancy is my mother."

At this moment, what came to my mind was meeting Nancy in a water taxi in Venice. We dated in college. After we graduated, we were separated and I could not get in touch with her.

I was so excited to see her again. The two of us immediately embraced each other tightly like lovers. I gave her a passionate lip to lip welcome kiss. As soon as the boat reached the next stop, we jumped ashore.

We then walked in the pebble streets of Venice hand in hand. On both sides of the streets, were rows of small shops selling watches, clocks, jewellery, European fashion clothes, and tourist gifts.

After walking for a few streets, the place was no longer a tourist shopping area but full of Italian restaurants. We both looked into each other's eyes and signaled that we were hungry.

We looked at the menu of the restaurants, the price of all the restaurants was about more or less the same. We finally chose the one that had a grandeur atmosphere although the price for food was a little pricey.

When we sat down in the restaurant, I couldn't help but ask, "Can you tell me why you disappeared after graduation?"

She replied with a gentle and sweet voice: "It's extremely lucky for us to meet today. Why revisit the past? Nothing from the past is more important than now. Right?"

I nodded my head and returned with a bitter smile. She didn't realize how much I missed her and how hard I tried to locate her. But Nancy was right. We were together now.

I then raised my glass of red wine, toasting and saying. "To death, we never part again."

We finished one bottle of red wine and ordered another bottle. During dinner, we talked about how we met the first time in campus .

I needed to return a book to the library. It was a rainy day. On the way to the library, I bumped into her by accident. She fell down on the ground. Her clothes were dirtied by the mud on the ground. I felt extremely embarrassed. Since my dorm was close-by, I asked her to go to my dorm to change to something clean. I loaned her one of my shirts. With my shirt on her, she looked lovely and attractive to me. I couldn't help but hold her tight and kiss her. She didn't push me away although we just met. Since then, we started to see each other frequently.

That night in Venice was a night of intimacy. That was my most passionate and enjoyable night in my life. Unfortunately when I woke up the next morning, she already left. I tried to look for her everywhere in the whole of Venice but couldn't find her. Since that day, I never saw her again.

"Mr. Jennings." The boy's voice brought me back from my memories. He said. "Nancy is indeed my mother."

"Why didn't she come with you?"

He showed me a photo of Nancy's tombstone.

"What exactly happened?" I held the child's head. At this moment, he could no longer hold his emotion but burst into tears.

"Don't cry. Tell me what happened?"

I poured a glass of orange juice for him. He calmed down and told me the following story.

Nancy was already married when I met her in Venice and that night between us has brought this boy to this world. With the birth of this boy, Nancy still had a happy family. Her husband was excited to have an addition to the family. Unfortunately, her husband later became unemployed and turned into an alcoholic. He often quarreled with Nancy and later physically abused her. The neighbors saw what happened and called the police several times. It was a pity that the police was not able to stop the quarreling and fighting. Things got worse and worse.

I asked the boy: " What illness caused your Mom to die? "

He replied: " Mom didn't die because of health issue. Mom died because of me." He started to cry again.

"Don't cry and just tell me what happened ."

He continued, "No one knew how Dad found out that I was not his son. Mom and Dad had a big fight over this issue. Finally Dad took out his gun and wanted to kill me. I was so scared and Mom screamed, "run, run, run." Before I had the chance to run; Dad already opened fire. Mom used her body to cover me. Immediately her blood splashed all over me. Yet she uttered with her mighty strength saying, "don't kill the boy. He is innocent". Then she passed away.

Dad pointed the gun at my head. I was so frightened that I cried and knelt down on the floor begging my Dad, "please, don't, please don't. Didn't you once love me?" I heard another gun shot. I thought I was dead. But it wasn't me. Dad committed suicide and shot himself in the head."

After I listened to the boy's story, the pain in my heart was incomprehensible, and my voice became husky.

I embraced the boy, and asked him, "Child, what's your name?"

"Sir, I'm Paul. These two photos were given to me by my grand mom. She asked me to come here to look for you. Can I call you Daddy?"

His tears started to drop down like the Nile. He said with a hoarse voice, "Daddy."


Life is full of surprises. Although this is a fiction, it can happen in real life.
Pays one point and 2 member cents.