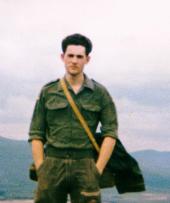 I have been a proactive writer since I was a 10 year old boy.

At around 28 I started writing poetry too, most of which I personally think is very poor.

Most of my stuff is loaded with a wry cynicism that is inherently Scottish and for which I feel no need to apologise.


Advertise With Us
Abandoned
A sad 5-7-5