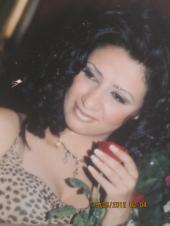 Hello, first of all i want to thank God that he gaves me the talent of writing. It is the most talent that i want to share with all readers and writers. Second when i found this precious website " fanstory.com " , i couldn't stop myself to surf everyday and everynight, really i found myself in this web, and i could express all i feel about i love in this life. I am lebanese writer from the most loved mother-country " Lebanon ", the country that has war for 35 years passed, so how can words describe the miserable life that all lebanese people shared together in the past? But we are a strong people, we can rise again, we have the power to rise every time we fall , we have the ability to built ourselves and our country in a faster way than you couldn't immagine, we can built again our dreams that one day the've gone with the wind. But thhe wind that we have by grace of God is the most talented people is here in Lebanon, we have writers, we have musicians, we have famous artists, all the creative life has born here, and beleive every word i say.
Since i decided to come back my dream that i had long time ago which is writing and spreading all the words that i can say out on papers, my dream come true finally and have seen the light of life since 4 years ago. I had many problems and challenging ones tried to stop my talent to rise but i kept writing and writing until i found myself and my soul united together as an author. Maybe you will say this is a proudly women i can ever saw, yes that's right, i'm proud first to be lebanese, and i'm proud of myself because i through everything negatively in my life in a big basket of inner-destructive feelings. So i kept writing until i have now in my bookcase 26 children stories that many of my friends authors read them and giving me the feedback that i need most to rise my talent.
I hope to reach my eternal dream and i like to spread my words like a beautiful wind playing with our hairs and change our spirits to have at least a smile on our faces. Wish me luck my dears readers and writers and authors as i wish the same for all of you, and i will send big hugs and kisses from my lovely country " Lebanon ".