RE: Elon Musk-Freedom of Speech
Message edited:
So true, Emma. Hardly anyone is upset except the "entertainers" posing as journalists over at Fox Noise. They always have to find something to squawk about, otherwise what would they go on about?

Musk plans to take Twitter private. Which I wondered about, and this little article does inform somewhat.


EXPLAINER: What Twitter could do as privately held company

© Provided by The Canadian Press

NEW YORK (AP) ? If Elon Musk and Twitter get their way, the company will soon be privately held and under his control.

The most obvious immediate change would likely be Twitter's stock being taken off the New York Stock Exchange. But the company would also likely get freed from having to give regular updates about its business to U.S. regulators and to Wall Street.

One important change for Twitter users is that the company would likely have more freedom to make big or unpopular changes. That's because it wouldn't have to worry about potential blowback from Wall Street.

Here's a look at what it means for a company to go private.

WHAT WILL HAPPEN TO ITS STOCK?

If the merger closes as planned, Twitter investors would get $54.20 in cash for each share they own. Those shares would then be canceled and cease to exist.

WHAT DIFFERENCE DOES THAT MAKE?

Twitter would likely no longer have to file documents with U.S. regulators every three months to show how much money it's making. It also likely wouldn't have to announce changes to its strategy or operations that are big enough to materially change its fortunes. Now, it risks getting sued if it doesn't make such disclosures.

"The biggest distinction is that Musk as an owner would be beholden to his own desires or to his and whatever remaining shareholders are still around, rather than to the wide investor base that it has now," said Eric Talley, a law professor at Columbia University.

WHO WOULD BE IN CHARGE?

The company would still have a board of directors, Talley said. It would also need to still follow state-level corporate governance rules, as well as all applicable tax, environmental and other laws.

WHAT ARE THE BENEFITS OF BEING PRIVATELY HELD?

Going private removes the possibility of Twitter having to answer to angry shareholders if it makes big changes to its business. Musk has already floated the idea of depending less on advertising, which is Twitter's main way of making money.

Musk says he has secured $46.5 billion in funding for Twitter bid

Investors often send a stock price lower if they think a company's decision is wrong, or at least being made at the wrong time. And the fiduciary duty of the board of directors for a publicly traded company is to generate a return for its investors.

A privately held company, meanwhile, doesn't need to worry about short-term drops for its stock price. It can also jump more whole heartedly into plans, say by hiring slews of new workers to transform it, without having to explain the jump in expenses to shareholders in its next quarterly report.

Both private and public companies "can do whatever they want, but there will be less blowback for privately held companies because a shareholder can't complain because there are no other shareholders," said Harry Kraemer, a former CEO and chairman of Baxter International who is now a professor at Northwestern University's Kellogg School of Management.

HOW MUCH POTENTIAL BLOWBACK IS THERE, REALLY?

And the pressure to hit performance targets every three months is indeed high, he said.

GETTING AWAY FROM SHORT-TERMISM IS A GOOD THING, RIGHT?

It does allow companies more freedom to make bold changes they believe in. But it also removes a source of accountability, said Columbia's Talley.

"If you?re running the thing in a wasteful or slothful way, you're going to get called on it," he said.

WHAT DOES A COMPANY LOSE BY GOING PRIVATE?

A potentially quick way to raise cash. Companies that are publicly traded can sell more shares of their stock if they need to raise cash in a pinch.

COULD MUSK DECIDE NOT TO CARE ABOUT MAKING PROFITS AT ALL?

If he's the only shareholder, he could ostensibly do whatever he wants. But he is also borrowing up to $25.5 billion from a slew of banks to pay for the takeover of Twitter. And they're going to want their money back, plus interest.

If Musk ends up having other shareholders along with him in Twitter, that could also up the pressure on profits. Talley pointed to a famous case brought against another iconic automaker, Henry Ford, who cut back on dividends to shareholders at one point.

"The moral of the whole lawsuit is that while you have a lot of discretion in how you go about maximizing shareholder returns, you don't get much discretion on whether to do so," he said.

No, it can go back to selling its stock on the public market again. Going private itself would also give Twitter the opportunity to revamp its ownership structure and start offering dual classes of shares, including one that has much control over the company than the other, Talley said.

And this just in: Roger Stone is back and he's coming to Canada

What did we do to deserve this?


RE: Elon Musk-Freedom of Speech I don't care what Musk gets out of this...
he put enough into it...
nor do I care who owned it before...I do know Jack Dorsey
was the founder...

what I do know...Musk believes in freedom of speech...
and has allowed those who tried to speak the truth...
to come back...and they are praising him for his new forum...

no media site is about freedom of speech...when it's been chopped
and censored...just something missing...like the truth...

time will tell where Twitter goes from here...but for now people are
grateful to Musk for giving them the right to speak the truth freely...
and people are joining up by the thousands daily...

Musk has now given the people a site to speak freely ...
and all you people do is slam him...
but all the crap biden and his cult have destroyed in America...and in
other countries....NOTHING....and the fact that he's completely gone mentally...still...NOTHING...unbelievable....


RE: Elon Musk-Freedom of Speech
Message edited:
Yep, Musk has the freedom to unjustifiably call someone a pedo (because he disagreed with him) and maybe if he ever gets Twitter he will allow others to do the same. You will enjoy that because you already do it here.

At the moment this is just another lie. Musk doesn't own the company yet and quite conceivably will change his mind, so how exactly is he allowing others to have freedom of speech?

Do try to keep up. I live on the other side of the world and know more about your news than you do.

Edited to add this

Like all other media sites Twitter will have to comply with legal requirements as to what can and can't be said. Like Truth Social (if it ever gets off the ground) there will be restrictions.


RE: Elon Musk-Freedom of Speech All that is very interesting from a financial point of view; the benefits of the Company being private, etc, but from the user's point of view, unless Musk takes the suicidal leap of charging for the service, it still makes no difference to the end user of a product that allows you to choose who you follow and who you interact with.

We all know that social media homes in on what you comment on, what you search for and what interests you reference. That's why I make one comment on some article about knitting and suddenly I am bombarded with articles on the same subject on FB.

Twitter works in a similar way. Suggestions on who you might like to follow are made based on your search history and past interaction with the site. Nothing about Musk's ownership will change that because it's the basics of intuitive socially interactive media, and, frankly, where the money is. If your site no longer does that, it loses a degree of its phenomenal advertising power. So Musk isn't going to be changing that any time soon unless, as I say, he plans to charge.

So, who you follow is still up to you. What you see is still related to your own input. You, as an individual will, I presume, still be free to block other users from your own profile, delete comments on your own posts, etc.

So I am still not seeing what will actually change for the average user that is worthy of all this fuss?

If Twitter had successfully managed to completely eradicate racism and bigotry by its site policies, then yeah, I could see it, but honestly, if anyone thinks they aren't there and posting bile without getting kicked off for it, I will sell them a bridge.

I might not use Twitter, but I do use Facebook. On Facebook people share tweets. It's blindingly obvious there are plenty of people with enough free speech to make some pretty vile comments and get away with it from the perspective of not getting a site ban.

I really, really don't see why it matters who owns a service you don't pay for, you actually have an amount of control over, and you aren't obliged to use. I am sorry, but I don't.


RE: Elon Musk-Freedom of Speech Emma, the answer is simple.

Twitter banned Trump. In retaliation, many trumpists quit. Now that Musk is in charge they will come back and the nastiness and stupidity quotients will spiral.

On the other hand, people who appreciate decency and respect will quit in droves, forever altering the balance. The are already stats showing that happening.

Trump himself of course has already said he won't return but plans to use Trump Social instead. ha, ha, ha, ha!

Some truth in what you say about the algorithms, but it is more complex than that. 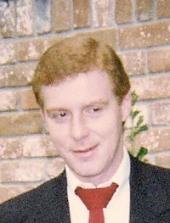 
RE: Elon Musk-Freedom of Speech It's the end of the world as you knew it...that's all folks.
Freedom still reigns


RE: Elon Musk-Freedom of Speech Freedom of a kind does still reign, thanks to Mike Pence, Brad Raffensberger and their ilk. No thanks to the Bouffant Buffoon and his tribe of F%&*ing Lunatics.


RE: Elon Musk-Freedom of Speech Don't underestimate Elon's possible interest in fundamentally changing the medium itself. He is already likely thinking about future connections between Twitter and Neuralink, collective consciousness and information exchange. He will also of course be thinking about ways to capitalize on the medium to recoup his financial investment.


RE: Elon Musk-Freedom of Speech demos can't stand people knowing the truth...
but I think Elon Musk can take care of himself...


RE: Elon Musk-Freedom of Speech Twitter's always had freedom to speak as long as you didn't use it to plan and carry out crimes.

Don't miss one of our own....
Read Patricia Dillon