She is an accomplished novelist and is currently at the #8 spot on the rankings.

She is also an active reviewer and is holding the #45 spot on the top ranked reviewer list. 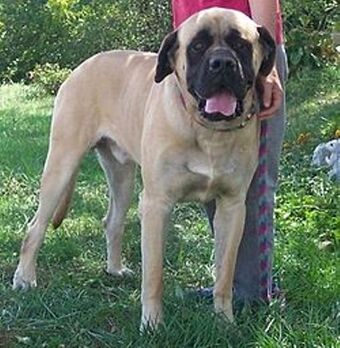 Dressed for an early morning run, Katherine Riley opened the front door, stretched, and inhaled. What a gorgeous day. It's peaceful. So different from hectic city life.

A cold front had entered during the night and the temperature had dropped to seventy-four degrees. Her yellow Labrador, Daisy waited by her side as she continued stretching.

Minutes later, Katherine and her four legged companion jogged following the sidewalk through the neighborhood. "We'll get this over before the sun heats things up. We're going to struggle getting used to the Texas heat. I never liked it growing up. I doubt I'll like it any better now."

Daisy glanced at her master and wagged her tail.

"I know you won't either. You're too 'cushion and cream'. You enjoy a good air conditioner in the summer and heater in the winter." She petted the dog's head. "It's okay. I doubt we'll need much of a heater this winter. I never understood why homes here have fire places. It's never cold enough to use them."

They followed the sidewalk for three blocks. This seems like a nice neighborhood. It was a good decision to move back home. The boys need their grandma. As she ages, she'll need us. George's parents are also in town, but they never paid any attention to the boys. When they're not traveling the world, maybe they'll drop by. I doubt it. Oh well, it's their loss.

At a grove of crepe myrtle bushes, the sidewalk turned a sharp right. Katherine paused and inhaled. "Boy, they smell good." She screamed and dropped Daisy's leash.

Before her sat a monster of a dog, staring. Katherine froze as did Daisy. Finally, she swallowed and glanced down for her dog's leash. It was under his gigantic paw. Now what? If I move, he might attack. How long before he gets bored and leaves? She continued to stare at the leash, not making eye contact with the massive dog. How long before somebody comes to our rescue?

A few moments later, she heard footsteps. Maybe help's on the way.

"Reggie, there you are," said a male's voice.

Katherine found her voice, "He's yours?"

"He is. He likes admiring pretty ladies."

"I thought there was a leash law in town. I don't see a leash, except for mine and your dog's using it to hold us captive."

The man bent over, lifted his dog's paw, and handed it to her. "I'm sorry Reggie scared you. He's an over-sized marshmallow. Everybody knows him." He glanced down the sidewalk behind him. "Mrs. Jones' Frisky escaped on her again. I stopped to catch him. I guess Reggie got impatient and chose not to wait. Again, I'm sorry."

Accepting the leash, Katherine turned and started home, she said over her shoulder, "Thank you."

*****
He petted the large dog. "Buddy, I don't think you made a friend today." They continued on their jog. She must be new in town. She didn't seem to know who we are. I guess she's not a football fan. Silver Cove isn't that large. We'll meet again. Maybe we'll have another chance to make friends. He grinned at the dog. "Just don't scare her the next time. Not everybody understands how gentle you are. She judged you by your size."

*****
Later that morning, Kathrine and her six year old son, Jeremy climbed into the SUV on their way to the grocery store.

From the backseat Jeremy asked, "Why do I have to go? I could've stayed home."

Katherine watched her son through the rearview mirror. "Because I thought maybe I'd need your help. What if I chose the wrong cereal?" She smiled to herself. The real reason; after your older brothers spent twenty-six-and-a-half-hours in the car with you, they're ready to mail you to the Salvation Army. They needed a break.

"We need to be cautious because our household goods won't be here for another six days. I don't have a lot of pans. Remember?"

"I remember. My toys haven't made it yet, or my bed. This moving sucks. And I don't have any friends."

"Don't use words like that. We voted as a family to move closer to Grandma. Remember?"

"I remember, but you didn't tell me I wouldn't have friends."

"I hope so. Are we at the store, yet? Can we stop on the way home? A 'Happy Meal' would taste really good."

Katherine pulled into a parking slot. "I'm sure we can find something healthier than that for lunch."

Jeremy jumped from the car. "Mac and cheese and chicken nuggets are good."

She rushed to catch her son. "We're in a parking lot. Did you forget you need to be careful?"

Inside the grocery store, Katherine started pushing a cart toward the produce section. Jeremy walked alongside her as she chose different fresh fruits. "I'd forgotten how fresh the produce was in Texas."

"Mom, strange things impress you. Can we skip the veggies?"

As Katherine reached for a bunch of carrots, she heard a crash and turned her head. "Jeremy, what did you do?" She rushed to him.

A gentleman carrying a fifty pound bag of dog food over his left shoulder pushed the cart aside. He grinned. "Does he belong to you?"

Him again. Is he everywhere? Katherine sighed. "He does. I'm sorry. Jeremy, what happened?"

After releasing breath, Katherine asked, "Were you racing the cart?"

Jeremy avoided eye contact. "Not, really, but it..ah..sort of took off by itself."

"Jeremy, look at me." Her eyes met his. "Apologize to this gentleman."

"I'm sorry, Sir. I didn't mean for the cart to crash into you. Why are you carrying so much dog food?"

"Not a problem, Ma'am." He glanced at the child. "Because I have a huge dog that eats a lot." He grinned. "Your mom met Reggie this morning. Maybe you'll meet him someday."


"We need to let this gentleman continue his shopping. Again sorry, Sir. Come on, Jeremy." Katherine took her son's hand as she pushed the cart.

"That dog's twice your size."

Katherine sighed when she heard a chuckle and the comment, "Yep, Reggie scared her."

Katherine Riley: age 33 - widowed: husband died 6 months ago. She moved to Texas from NYC with her four sons.

Thank you google images for a photo of a mastiff. This post is a little over 1000 words. I hope you enjoy reading as much as I enjoyed writing it. I don't want to reveal too much until it's time.
Pays one point and 2 member cents.