It happened to me... 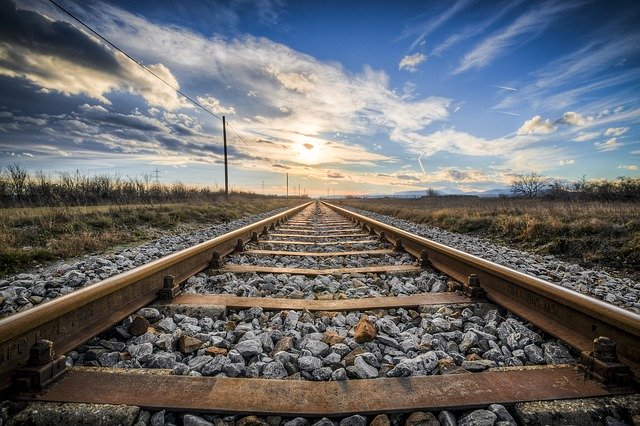 Nik lightened her step on the gas as she spun the wheel, the SUV turning onto a bumpy road, gravel crunching under the tires.

She smiled, thinking of her father who was back home with his feet kicked up, watching tv. She could remember when he was always talking to her and her brother about driving.

"You all are always asking to go places. Let's go here, take me there, when you're not the one driving. You think I don't get tired? You'll see when you start driving. You'll understand."

She pressed on the gas, advancing toward a railroad track gleaming in the sun. Nik heard her phone buzz in the cupholder and reached down to get it as a whistle screeched in her ears.  Her eyes widned, a scream leaving her throat as blur of black and steel slammed into her. Glass pierced her skin with the force of daggers, her head cracking against the back of the chair...


Nik jolted awake, panting. It took her several minutes to realize she was in her bed, not in a smashed SUV, hanging upside down by her seatbelt, blood running down her face. She shivered and slipped out of bed, feeling for her socks. Nik's hands trembled as she grabbed a pair of jeans and a sweater from the dresser. Usually it took a couple of minutes for her body to recover from the nightmare. The accident still hanuted her from 2 years ago, and she'd gotten used to the dream, but even then it scared her. If she never reached for that phone maybe, maybe she would've seen that train.

Don't do that to yourself, her thoughts said. But she couldn't, it was her fault. But there was also the question of why the sirens hadn't gone off or the barriers moved when it had come? As devasting as the crash was, what she received from it almost made the nightmares worth it...

After washing and drying her face, she jogged downstairs eager to leave the house for fresh air. Her mother was softly humming at the dining table, drying a set of glass bowls she used to make lotion. Just past her, Nik could make out the large shape of her father in the kitchen, frying something on the stove. The scent of pancakes drifted up her nostrils.

"Hey, mom," Nik greeted, placing a kiss on her cheek.

"Fine," she lied, grabbing her running sneakers and pulling them on.  "It's just a bit stuffy in here... I need some fresh air."

"You sure that's why?" her mother asked, giving her a look. Nik frowned, then relaxed as her mother smiled.

"You could just tell your father that the burning pancakes are giving you a headache."

Nik managed to grin. "Sure, but I don't think it would make Dad very happy if he found out his cooking was only half-good."

"Excuse me?" the man himself boomed from the kitchen. Then her father noticed her shoes.

"Where are you going?"

"Just down the street, not too far." she replied, her heart beating faster. Even though time had passed, her parents were still wary about letting her go out without them. But they didn't understand, they didn't have to worry about her anymore.

"I promise I'll be careful."

After a moment her father spoke. "Are you taking the car?"

"No, I'm walking. I promise I'll be back in a little while."

Her father wrestling with his thoughts finally nodded for her to leave, Nik gave him and her mother a quick kiss before running out the door.

She sighed in relief, pulling her hood over her eyes. She knew every parent worried about their child, and that they just hoped they'd come back home normal. But that wasn't what happened to Nik. She wished it did.

Nik's sweater billowed behind her as she sprinted down the first three blocks. Attractive two-story houses lined the neighborhood, with emerald green yards, some gated or in veiw to all.  A few people were out, mostly teens her age, strolling with a group of friends, standing outside a house negotiating times to visit or walking back from the cornerstone with hot takis chips and a soda. She made it to the first busy street when trouble presented itself.


A boy around nine or ten, obviously forgetting the warning all parents tell kids when they're crossing the street, walked straight into traffic.

Where are his parents? Nik wondered.

She waited eagerly from the opposite street, watching for the boy's parents, maybe even a car where a woman would emerge and rush out to grab him. A warm tingle went up her spine, her hands tingled. The feeling was coming.

C'mon, where is this boy's parents?!

Nik's eyes darted around now, she noticed two burly men dressed in black following the boy. The boy turned and saw them and walked faster, then he suddenly stopped, pulling furiously at his leg.

Nik's legs started moving before her brain could respond, the wind bit hard into her lungs, her legs taking long powerful strides towards the boy. She wove in between the cars, earning angry honks and glares. But she ignored them, running harder. Now she could see the boy's shoelace was stuck on a manhole cover, and a truck was coming right for him. She'd be too late.

Nik reached him, the truck's horn blared as she grabbed the boy in a strong hug, turning her back to the vehicle. She gritted her teeth as she allowed the hot wave to wash over her, the thick heat seeping into the bones of her back. The warmth traveled up her neck, the humming energy surrounding her drowning out the thunderous clash of steel and asphalt.


After the vibration was too much for Nik, she commanded the energy leave, causing her to collapse to her knees with the boy still in her arms. She blinked to recognize the metal grill and overturned trailer of the truck, nearby cars flipped or impaled with pieces of pavement. Now she could hear yelling  and coughing, and sirens were in the distance. A few people were picking themselves up or looking for one another, no one thinking about grabbing a phone to record. Nik glanced down at the boy, he stared up at her wide-eyed. She manged to get to her feet, standing the boy up.

The boy nodded, still awing at her. She gave him half a smile, then patted his shoulder very gently.

She headed back in the direction of home, wondering what she'd tell her parents this time.

It's all in a day's work, she thought.

Photo Credit: https://pixabay.com/photos/gleise-rails-train-rust-1555348/ This is just a fun little piece. Hope you like it!
Pays one point and 2 member cents.


© Copyright 2022. AJ McCall All rights reserved.
AJ McCall has granted FanStory.com, its affiliates and its syndicates non-exclusive rights to display this work.