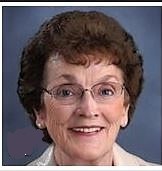 This is a true story of how a child changed me.

We teachers get to be pretty good at handling the livewires in our classrooms – the chatterboxes, the mischief makers, the tattletales, the comedians, even the defiant ones. They put us to the test on a daily basis, and most of us enjoy the challenge.

But the thing about Jeffrey was that he wasn’t a livewire of any kind.  ‘Listless’ was a pretty good way to describe him.  Or ‘lackluster.’  Or ‘lackadaisical.’  Or even ‘lifeless.’ Oh, he had a corner on the L words did Jeffrey.  Except, that is, for ‘lively’ and ‘laugh’ and ‘lighthearted.’ Here it was, October, and I’d never even seen him smile.

I take that back.  He shrugged.  He was a master of that dismissive gesture.  Not out and out rude, but pretty close to the line.   Just a delicate little lift of his shoulders before he brushed a lank wisp of hair out of his eyes and looked away..  “Good morning, Jeffrey.”  Shrug.  “Jeffrey, your sneakers are untied.”  Shrug.  “Put your things away, Jeffrey.  It’s time for lunch.”  Shrug.  “It’s your turn to paint, Jeffrey.  Want to help me set up the easel?” Shrug.  Shrug for happy.  Shrug for sad.  Shrug for who cares!  Mostly for who cares!

“Care,” I wanted to scream.  And that was the whole problem.  I didn’t want to be one of those people who screamed.  Or even wanted to scream. I knew in my heart that the minute I lost patience with Jeffry, he’d … What?  He’d shrug, I suppose.  The thought of it made my left eyelid twitch – a sure sign that a seven-year-old was getting the best of me by not doing anything at all.

To top it all off, there was a note in his folder – a penciled scribble on a scrap of paper.  “Look out for the mother,” it said.  Very unprofessional, I suppose, and I should have considered the source.  The trouble was that I didn’t know the source.  Jeffrey had gone to a different school the year before. The note writer – probably his first-grade teacher – was someone I’d never met. How I wished I could talk with her before I met “the mother."

Ah, well.  The year had just begun.  There was plenty of time to get to know “the mother.”  Maybe she’d be just lovely.  Until I learned otherwise, I’d let that be her L word.  Thus, mentally whistling Dixie, I tossed the penciled note into the waste basket.

In October, the PTA held a book fair in the school library.  The books on sale were mostly flimsy paperbacks with cartoon-like illustrations – a far cry from the book fairs of yesteryears, when the picture books on display were works of art.  But the kids were excited by the idea of shopping for something to read by themselves.  A pleasant buzz of conversation pervaded the library as they discussed what they could buy for fifty cents or so.

His cheeks were flushed, his eyes bright with excitement.  He waved the great book in the air as if it were a flag, then hugged it, then waved it again.   Was this my who cares kid?  I couldn’t wait to get a look at that book.  What was so great about it?  Ninja Turtles?  Knock-knock jokes? Creatures from the Black Lagoon?

Guess what!  It was Jack and the Beanstalk, vividly illustrated in the old-fashioned way that book publishers in the U.K. favor. It could have passed for one of the picture books I treasured when I was a child.

Jeffrey looked at his two quarters and shrugged.

“I have an idea,” I said.  “If you and I put our money together, we can buy that book for you and another one for our classroom.”

Nobody did the math. Nobody figured out that I was the one who was actually buying Jeffrey’s book. He gave a nod– almost a shrug – and the deal was done.

After that day, Jeffrey went right back to his lackadaisical ways, to shrugging, to pushing that limp lock of hair off his forehead, to doing not much of anything else to speak of.  But for me, something had changed.  It was as though a magic wand had lifted a spell.  Or a curtain had been pulled back and a mystery explained.  Or a wooden puppet had turned into a real boy – an imaginative little boy who longed to believe in magical beanstalks and giants in the sky even as he moved on to grittier fantasies like Ninjas and transforming robots.

I no longer had to hide any impatience with Jeffrey.  It disappeared on its own, never to return.  Now, his little shrugs charmed me.  His laziness simply reminded me of the liveliness of his imagination.  A fairy tale – his beloved fairy tale – had given me a chance to begin again with Jeffrey.  His beanstalk had led beyond the castle in the sky to form a bond between us.

As for “the mother,” I never found out what I was supposed to look out for.  She was pretty much like most of the mothers – aware of her son’s strengths and weaknesses, but proud of him in any event.  In fact, the L word I had selected for her turned out to be a good description.
.
Jeffrey was a far from perfect little boy.  He was a follower, not a leader, so he often got into trouble on the playground.  And he certainly would never be a scholar.  But now, I saw something special in him that I can only explain in one way: he listened to the beat of his own drum, but he hadn’t yet learned how to march to it.  Someday, he would catch up to his dreams. Meanwhile, he was content to wait, and so was I.


I intend to include this story in a collection of memories of my teaching days, entitled TELLING TALES OUT OF SCHOOL.
Pays one point and 2 member cents.


© Copyright 2021. Mary Furlong All rights reserved.
Mary Furlong has granted FanStory.com, its affiliates and its syndicates non-exclusive rights to display this work.

Pays: 8 points. and 32 member cents
Copyright © 2000 - 2021 FanStory.com. All rights reserved. Terms under which this service is provided to you. Our privacy statement.
top
You Have No Rank
Share 4 posts to be ranked.