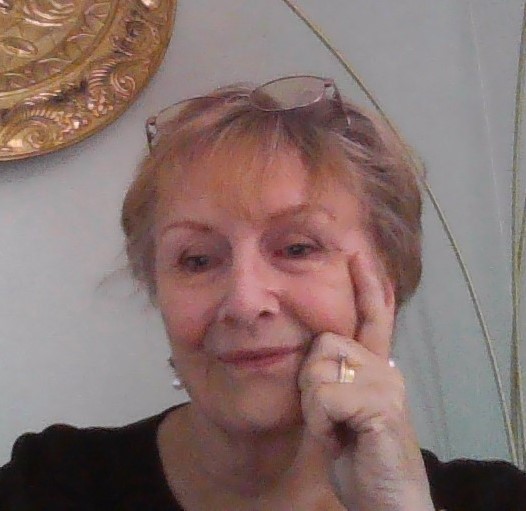 I've been a member of Fanstory since 2011, and it's been an amazing journey. I've made so many friends on here and learned a lot. I started out - more...

She is an accomplished novelist and is currently at the #1 spot on the rankings.

The Seal of Quality committee has rewarded her with 1 seals. She is also an active reviewer and is holding the #21 spot on the top ranked reviewer list.

S is for Spider

A chapter in the book AmaZing Animals 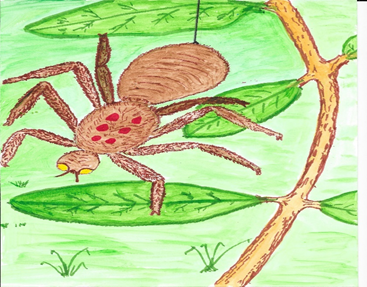 I’m writing this ABC book for my 12 year-old grandson, Eric. I’ve found many interesting facts about the animals I’ve featured, and I hope children of all ages, 9 -109 will enjoy them, too.

S is for Spider

A spider’s web of sticky silk
will capture bugs and flies.
They see whenever prey is near
because they have eight eyes.
A spider can adapt on land,
above and underground;
Antarctica’s the only place
a spider can’t be found.

Spiders are probably the most adaptable species on our planet. They can live almost anywhere in the world, except in Antarctica.

Many people think spiders are insects but they aren't. Spiders belong to the animal group, 'arachnids,' along with scorpions, mites and ticks. They have two main body parts and eight legs. Unlike the spider, the ant and the fly are examples of insects. Each of these has three main body parts, but the fly also has wings. Burrowing spiders aren’t the first creatures that come to mind when you think of what is living beneath the earth, the Wolf spider and the Trapdoor spiders are just two of the many that spend most of their time underground.

The Wolf Spider carries all of her hundreds of babies on her back until they are ready to leave.

The Trapdoor Spider is thought to have travelled from Africa to Australia millions of years ago. This wouldn’t have been hard when you realise that the continents were joined way back then, but it would have been a very long walk! The name Trapdoor spider comes from the distinctive trapdoor entranceway they make for their homes. The Daddy long-legs have very toxic venom, but don’t worry, it’s only dangerous to insects. It could kill a human if their fangs were longer and strong enough to penetrate our skin. But, thankfully, they can’t! The Peacock Spiders are so named because of their similarity to the male peacock bird. They have shimmering, colourful scales on their bottom which they use to attract female spiders. This species is so small that the largest ones are only as big as the rubber the end of a pencil. If these pretty little spiders can’t catch the eyes of a lady with their lovely little rainbows, they have a plan B--they dance! *****
According to a huge myth that has been around for centuries, the tarantula is a gigantic spider that kills humans with one bite.  But this is not true.

A long time ago, the local people believed they were bitten by the tarantula, but in fact, it was probably the wolf spider instead. The real tarantula is nothing like this. It is more likely to run and hide when it feels threatened.

Most spiders can sense the heat from our bodies and will try their best to avoid us. The tarantula seldom inject venom, and if they do, it is no more harmful than a bee sting. There are about eight hundred known tarantula species.

The picture below of the Red Knee tarantula is very docile. King Baboon Tarantula is one of Africa's largest spiders. It has a leg span of up to 8 inches and has a rusty red-brown colour. These will feed on anything they can kill, but are totally harmless to humans. Their bite might be painful, but that’s all. Most spiders live for about a year. However, some tarantulas live more than 20 years. The Diving Bell Spiders. They construct an underwater bell in which they live. The spider swims to the surface to collect air and fills its diving bell. Bubbles then form on the hairs on the spider’s legs and body, allowing it to fill the bell and enabling it to swim outside the bubble for short periods of time. The Happy Spider. There are spiders in Hawaii that look like they are smiling, called the ‘Hawaiian happy-face spider.’ Unfortunately, these cheerful looking spiders are under threat of extinction. Most spiders don't take care of their babies; less than 1% of all spiders look after their young. However, the Hawaiian happy face spider is part of that 1% who shows motherly love. She guards her eggs and brings food for her babies to eat when they are small. There are approximately 38,000 known species of spiders. Scientists believe there are probably many more to be discovered.

An estimated one million spiders live on one acre of land. The number might be closer to three million in the tropics. It is estimated that a human is never more than ten feet away from a spider—ever.

Spiders are vital to a healthy ecosystem. They eat harmful insects, pollinate plants, and recycle dead animals and vegetation back into the earth. They are also a valuable food source for many small mammals, birds, and fish. Web-weaving spiders have two or three claws at the tip of each leg that they use to swing from strand to strand without getting stuck in the sticky part of their web. Additionally, a spider’s body has a special oily substance that keeps it from getting stuck in its web.

A spider’s muscles pull its legs inward, but cannot extend its legs out again. Instead, it must pump a watery liquid into its legs to push them out. A dead spider’s legs are curled up because there is no fluid to extend the legs again. The Goliath is the world’s biggest spider. It can grow up to eleven inches wide, and its fangs are up to one inch long. It hunts frogs, lizards, mice, and even small snakes and young birds.

The Patu Marplesi  is the world’s smallest spider. It is so small that 10 of them could fit on the end of a pencil.

The silk that comes out of the spider’s spinneret is liquid, but it hardens as soon as it comes in contact with air. Some spiders have up to seven types of silk glands, each creating a different type of silk—such as smooth, sticky, dry, or stretchy.

The Darwin Bark spider creates the strongest material made by a living organism. Their giant webs can span rivers, streams, and even lakes and are ten times stronger than Kevlar. (Kevlar is five times stronger than steel on an equal weight basis and provides reliable performance and solid strength).

A web made of strands of spider silk as thick as a pencil could stop a Boeing 747 jumbo jet in flight. Scientists still cannot replicate the strength and elasticity of a spider’s silk. Hummingbirds use small sticks and the silk from spider webs to weave a nest for themselves.

Some male spiders give dead flies to the females as presents. Aww, that is so sweet!

Two kinds of jumping spiders have been found at 23,000 feet. At this height, no plants grow, but plant material blows up from lower elevations, which is enough to feed the tiny creatures.

Hundreds of years ago, people put spider webs on their wounds because they believed it would help stop the bleeding. Scientists now know that the silk contains vitamin K, which helps reduce bleeding. Now scientists in the United States Defense Department are trying to copy gold orb weaver silk in order to use it for bulletproof vests.

There is so much more I could have written about the creepy crawling spider, I know I'll have nightmares tonight, but perhaps this will help others. I hope you watch the film I've added, there are some incredibly beautiful spiders in the world.
This is written in UK English. If you spot any errors, I'll be so happy if you let me know. Thank you for reading! xx

sandramitchell has granted FanStory.com, its affiliates and its syndicates non-exclusive rights to display this work.
Don't miss this both by two of our own! A book by Tootie and Commando

Advertise With Us
Praying for Yvonne
A rhyming poem