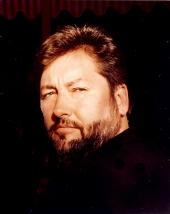 He is also an active reviewer and is holding the #90 spot on the top ranked reviewer list.

An old-friend fiasco. (A six-part story) 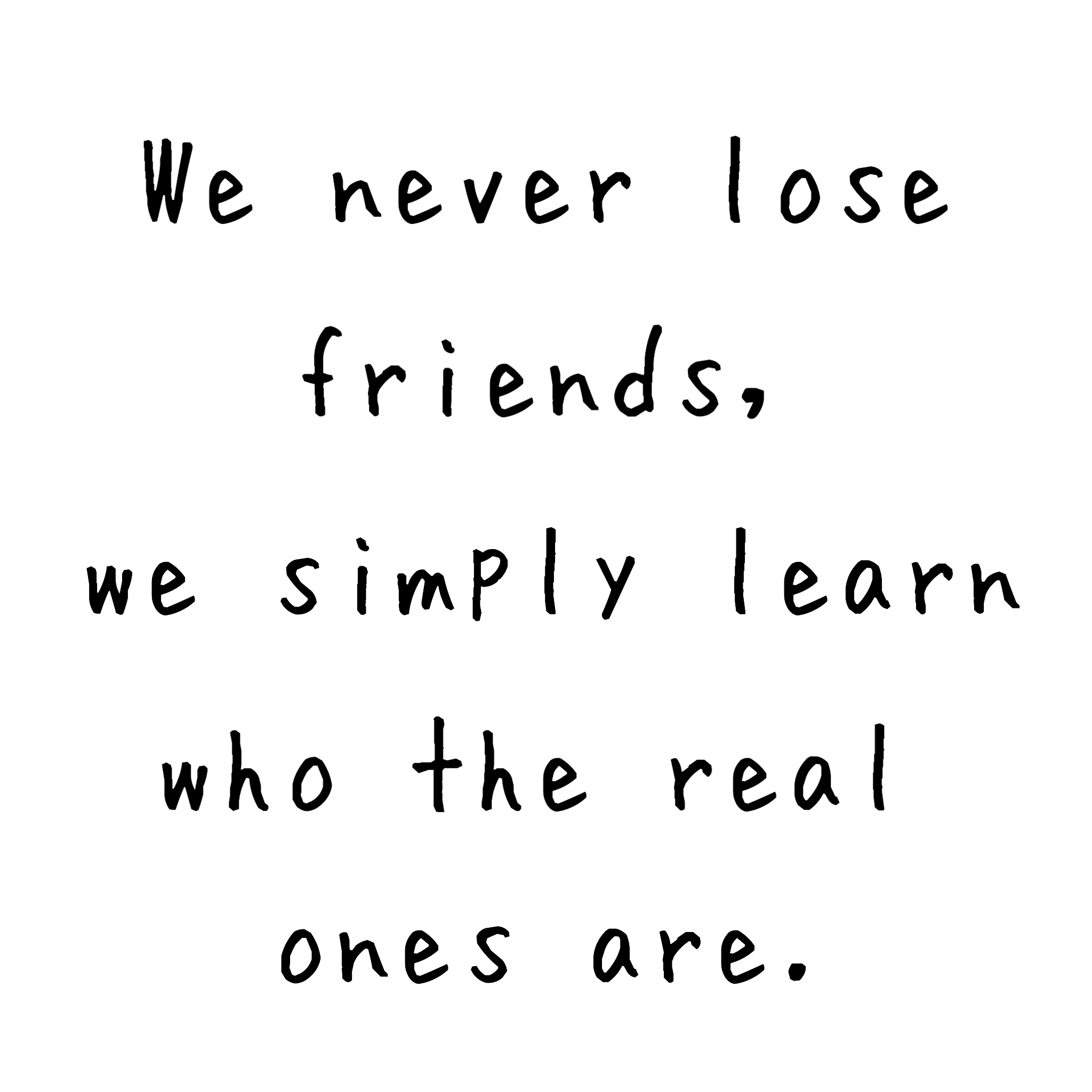 Beep! Beep, beep, beep, be-e-e-e-e-p!
All Brad can think is who in the world is that crazy son-of-a—beep?

Brad’s face twists into an exasperated expression—he slams his foot on the brake and slides to a screeching halt—the car behind him skids to within an inch of his bumper.

Brad grits his teeth, undoubtedly on the verge of climbing out of his truck to beat the obnoxious sucker senseless. Listening closer, he twists his neck and spins around in his seat, trying to recognize the horn-happy idiot. Fed up, he wheels his truck into the nearest parking space, throws it into park and jumps out.

Two-hundred-eighty pounds of bulging muscles ripple over his 6’ 4’’ frame as he trembles with fury, temples pulsating and his pushbutton trigger ready to engage. His gladiator physique and notoriously-bad disposition rival a Terminator-response when challenged.

The horn-blower whips his little-red convertible into the opposite row of parking spaces and then comes the nauseating grind of his car’s undercarriage dragging on the curb. The driver steps out—talking on one phone wedged between his left shoulder and cheek—texting on another, both thumbs flicking in a flurry. What a preppy pretty boy. A designer puppet, within a split-second of becoming stomped into a greasy spot.

Brad’s eyes glow red, jaws twitch, and teeth grind. Mannerisms of a pissed-off Rottweiler, giving a detailed glimpse into his inner thoughts and intentions. Figuring it better to ignore ignorance, Brad gathers his composure and turns to climb back into his truck. Meanwhile, he hears the voice of the rude prick just out of the ragtop.

“Hey, Brad, hold on man—” The inconsiderate-jerk walks through traffic. From the distance, still unrecognizable. A character, no doubt, either crazy or who thinks he’s invincible.

The stranger gets closer and Brad finally recognizes the always life-on-the-edge primo-basket-case. Truly clueless to how close he just came from being smashed flatter than a sail rabbit. The smattering of fur and guts scraped from the pavement with a scoop shovel and flown like a Frisbee. Wild and crazy Aaron—the life of every party, growing up—and always the true-to-life chick magnet. Brad’s favorite schoolmate and partner in crime from kindergarten through two-years of college.

He bows and waves with the finesse of a European aristocrat, paying homage to the aggravated motorists as they too blow their horns and motion for him to get out of the way and stop blocking traffic. Then he steps off the lane divider right in front of an Audi in a hurry.

The driver slams on his brakes and swerves, tires crying with an ear-piercing squeal and coming to rest against his pant leg. Every person in the shopping center stops and gawkes, amazed he isn’t dead. Arms thrown-up over his head in an arched gracefulness of a swan dance, his typical flamboyant style exaggerates his mock protection.

Gradually he lowers his arms from the coward-bent position, squinted eyes ease open one at a time, and his lips part to a gleam of pearly whites. Without hesitation, his smile blossoms and brightens quicker than the sun peeks from behind clouds. He bows again, pretending to tip his top hat and dust off his tails, the imaginary attire he wears better than Fred Astaire or Gene Kelly the fleetfooted, ballroom balladeers from the 1930s through the 1960s.

By this time the driver fumes, he yells, curses, and flips Aaron a bird with both hands. Aaron continues bobbing along in a little, Irish jig, flashing a grin bigger than the Joker on Broadway.

“Hello old friend,” Aaron says, no sooner than he reaches Brad and grabs him around the neck in a beastly bearhug.

“Hey, Aaron, how in the world are you?” Brad gasps to catch his breath and speak at the same time.

“Good, brother . . . couldn’t be better.” Smacking Brad on the shoulder as he bounces around like a minstrel or a barefoot MMA fighter on the scalding blacktopped roadway.

“Well, where to start . . . I guess we haven’t seen each other in what . . . I’d say it’s been twelve or fourteen years, man. Hard to believe it’s been that long. Nevertheless, it probably has . . . maybe even longer.”

Brad scratches his head with a puzzled look, obviously at a loss for words, and says, “You first, man . . . my life’s not that exciting.”

“Well . . . after the wreck,” Aaron stares off into the distance for an instance as he becomes a little teary-eyed and stops talking. Then he clears his throat, and continues, “I just needed to get away. My drunken life in shambles after losing my brother and two of my three-best friends, it was time to dry out. All I can say is thank the good Lord you were sick that night and couldn’t go with us.”

Brad hesitates. There isn’t much to tell, or at least nothing he cares to share with an old friend he hasn’t seen in half a lifetime.

“Of course, you and she were on and off again from fifth-grade to our second-year of college, when I dropped out. So, what happened?”

“I guess we just outgrew each other. Na, not really . . . the truth is, she got tired of my shenanigans and found someone to treat her better . . . imagine that.”

Aaron breaks out laughing. Shaking and pointing his finger at Brad as he says, “The way I remember it, ol’ buddy, she had you whipped since even before the boyfriend-girlfriend days. You always tried to show up wherever she might be.”

“Yes, maybe in the early years. But, she didn’t keep me under her thumb later.”

“So, tell me what’s up with you, Aaron. Go back to where you got sidetracked.”

“Well, let me see. I took off to Mississippi. Found a job at a car lot and worked hard to stay busy and keep those bad thoughts out of my head. A detailer to start, clean-up duty and manual labor. . . then, I finally advanced to sales. Found my calling . . . within weeks selling more cars than the combined sales force. Now, I own three of the largest dealerships in the South.”

“Yes, your special gift of gab. Stuffed full of more crap than a Christmas-dressed turkey, as the saying goes.” Brad struggles to talk without laughing, “You could sell stock in pet rocks, minds of the future.”

“Brad, man, tell you what . . . I’m running late and have a flight to Mississippi in three hours. But, I’m coming back to town two-weeks from Wednesday. So, what do you say we meet at Malone’s for dinner that night and catch up? Say, 7:00-ish? I’ll make the reservations.”

“Just call me when you get back, Aaron. We can set something up then.”

“No, no, no. I’ve missed you, pal. Let’s go ahead and make plans right now. If not, I know what’ll happen . . . we’ll both get busy and it’ll be six months before I can pin you down.” Brad, knowing Aaron isn't the type to take no for an answer, reluctantly agrees to meet.

“It’s been so good to see you, bro. Oh, yea, by the way, I’ll be bringing my fiancé. She is the greatest thing that has ever happened to me. And, if I forgot to say so before, we’ll be moving back home soon.”

Brad just stands there, not knowing exactly what to say. Then he smiles, nods his head, and says, “Sounds fun.” All the while thinking, about as fun as a toothache.

Aaron rambles on, every word making Brad a little more uncomfortable. “Heck, we can hang out, and even do the couples thing . . . that is if you’re seeing someone, or can find a date?” He finds his wisecrack hysterical, but Brad’s cherry-cheeked, sour-faced expression and slow reply cools his vibe.

“Well, not seriously.” Brad answers. “I don’t guess . . . but there’s this girl I’ve been dating on and off for the last few months since I’ve been separated.”

“Who did you marry?”

“You wouldn’t know her. She isn’t from here—and, lucky for me— she has already moved back to Arizona. One thing’s for sure, though . . . I’ll sleep better knowing she’s two-thousand miles away.”

“Huh, doesn’t sound like anyone you’d care to talk about. Oh, well, sorry about your divorce.”

“Don’t be, I’m not. We all make goofy mistakes. Marrying that woman, my worst one yet."

“We all screw up, my brother. Just ‘drive slow and drink plenty of ice water’ and I’ll see you on the flip-flop”

This six-part story needs to be read in sequence for full effect. It's fiction, but like most made-up stories, there is more truth in it than I would ever admit. LOL. I will post one or two parts a week depending on how it's accepted. Thanks.
Pays one point and 2 member cents.


© Copyright 2020. Ric Myworld All rights reserved.
Ric Myworld has granted FanStory.com, its affiliates and its syndicates non-exclusive rights to display this work.
Don't miss this both by two of our own! A book by Tootie and Commando