I taught English for 40 years on the high school and college level. Since retiring, I have written a poetry collection titled "Reflections of a Dog Walker," and five novels, all unpublished. I mostly post poems and short stories.
https://www.fa - more...

He is a top ranked author and is currently holding the #68 position.

He is an accomplished poet and is currently at the #58 spot on the rankings.

He is also an active reviewer and is holding the #57 spot on the top ranked reviewer list. 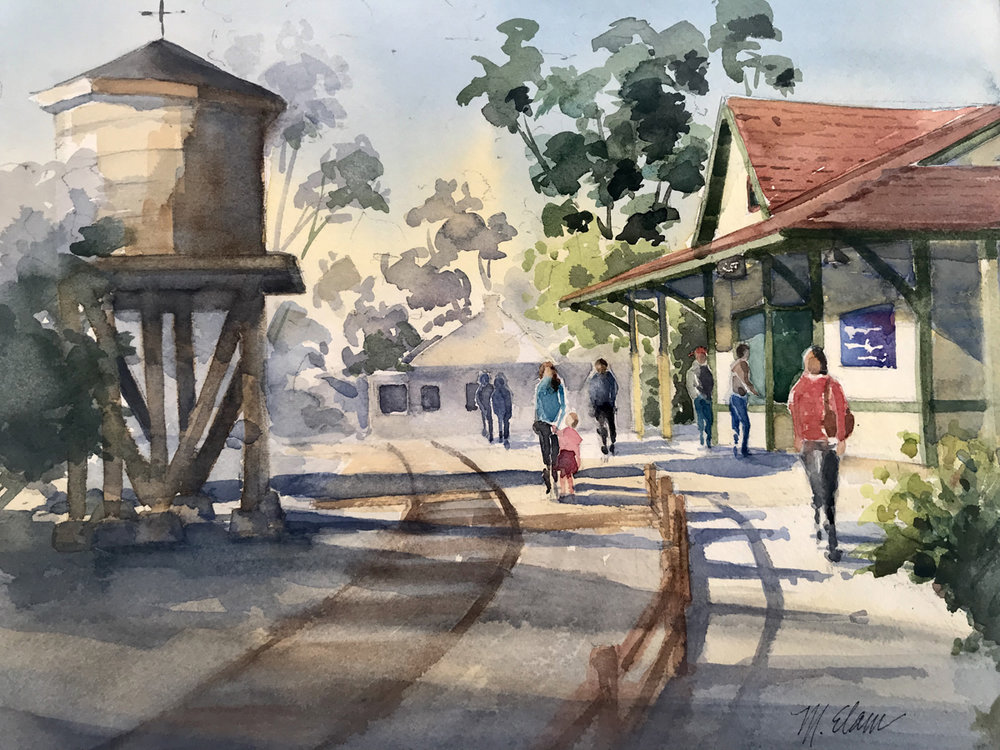 Stepping off the train, twenty-five years later, in his hometown, he wondered if time had stood still.

"The station hasn't changed a bit, Nancy, and I swear that's the same ball yard I played in."

Smiling, she kissed his cheek. "Honey, it's almost dark. I--I think things will look far different in the morning."

"Mebbe," he grumbled, rubbing the spot she kissed. "But can we walk over there anyway?"

"No," she said. Her husband was still tall and erect at 89, but his legs were frail. "We should wait for the car that's coming."

"Neil's coming!" That famous smile broke across his lips.

She shook her head sadly. Neil had been dead four years. How many times had she told him?

Two black Lincolns drove toward the station and stopped a few feet from them. Nancy looked over her shoulder and nodded at the two grim-faced men watching from the station's doorway.

Both drivers emerged from their vehicles, holding the rear doors open. A white-haired man climbed out of the passenger seat of the lead car and smiled as he approached.

Nancy's husband gleefully waved both hands. Suddenly his facial muscles slackened and he implored Nancy with a stricken look.

"Thank you, Mayor Hudson. We are so pleased to be back in Dixon."

Artwork is courtesy of Google images.

In 1994 he announced he was in the first stage of AlzheimerÃ¢??s disease. He spent the next ten years in reclusion.

This story is based on fact, but is largely fiction. ReaganÃ¢??s boyhood home was in Dixon, Illinois. The house is now a museum. There is a photograph in that museum showing a visit by him and Nancy sometime in the Ã¢??90s. ItÃ¢??s said he made other visits in that period.

Neil Reagan was an older brother. He died in 1996.

The two men standing behind them are members of the Secret Service which continues to protect any president after he leaves office.
Pays one point and 2 member cents.


© Copyright 2020. RodG All rights reserved.
RodG has granted FanStory.com, its affiliates and its syndicates non-exclusive rights to display this work.
Don't miss this both by two of our own! A book by Tootie and Commando