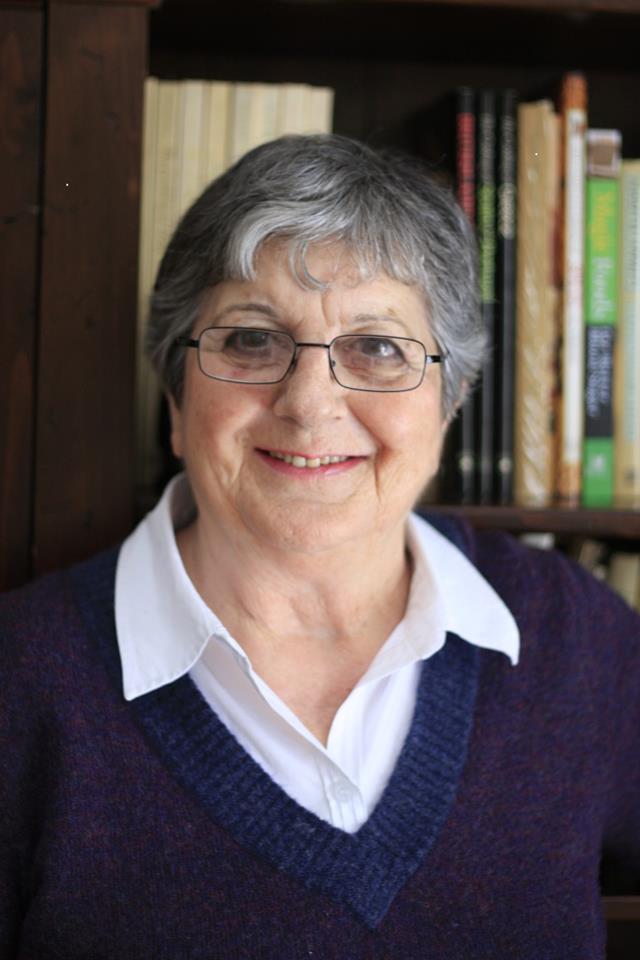 Reading poetry and other writings, freshly written is such a privilege and also the feedback on my own writings is so encouraging. This site is a wonderful experience that I am so happy to have found.

She is a top ranked author and is currently holding the #37 position.

She is an accomplished novelist and is currently at the #15 spot on the rankings.

She is an accomplished poet and is currently at the #45 spot on the rankings.

She is also an active reviewer and is holding the #44 spot on the top ranked reviewer list.

A never to be forgotten trip.

The Trip of a Lifetime

In the Autumn of 2004, my sister Mary invited me to go along with her to her friend's home in San Francisco. I looked forward to it and found it to be a great place and enjoyed the visit.

While we were there her friend took us to one of her vacation homes in Lake Tahoe. We visited many casinos and thoroughly enjoyed the diversion.

At one of the casinos, they had a contest of sorts that I entered by dropping a ballot into a box. Several weeks later, back in Toronto, I received a phone call, notifying me that I had won a four-day stay at the Bellagio Hotel, the top hotel in Las Vegas, all expenses paid for two.

This was stunning news. I was not certain if it was on the up and up, so I phoned a friend who worked in the Executive Offices at Casino Rama. She checked it out and said, "It's valid, they're doing a promotion."

My family was very wary until I told them I had checked it out.

I of course invited my sister as my guest.

I began communication with the facilitator who was an employee for an online casino, The Gambling Club.

He was booking us into the hotel when he found that because of the National Association for Stock Car Auto Racing, which was occurring at the same time as our visit, he had to book us into The Venetian; the next top hotel in Las Vegas.

Every time he asked me about a perk I would hesitate and he would add, "You have to do this."
I would finally give in and say, "Okay,"

Allen asked about tickets for Celine Dion. I asked Mary, she said, "I really don't like her, we shouldn't bother."

When he told me we would be taken for a helicopter ride and picnic, I said, "No, that I don't want to do." He replied, "Oh, you can't miss this." He was more excited than I was and I finally acquiesced. His name was Allen Sinclair and we had spoken so often that I felt quite a familiarity towards him and pictured him as a middle-aged man with a very pleasant voice.

The time finally arrived. My sister's husband dropped her at my house on the morning of the flight. A limousine picked us up and took us to the Airport where we were booked in First Class.

Upon our arrival in Las Vegas, we were greeted by three facilitators. Allen Sinclair, to my surprise, was a very young man of about twenty-eight or nine. His boss Jessica Eames, and a fellow worker, Juan Mendez, were with him. A limousine took us to the Venetian Hotel where we were quickly booked and ensconced in a two-room suite.

Allen told us, "Anything you pay for (except the gambling) you will be reimbursed, so please keep track and let us know."

It was slowly sinking in that this was indeed a prize to remember.

They took us for breakfast the next morning and presented me with a Mont Blanc pen, which I still have and cherish. After breakfast, they told us we would be attending a Cirque du Soleil, performance, "Oh" that evening. A limousine picked us up and took us there. It was a fabulous performance. When it was over, another limousine picked us up and returned us to our hotel.

Each day proved to be better than the last. We were booked into the Spa for facials, pedicures, manicures, etc. Between wonderful restaurants and three facilitators making sure all went well, we were very happy.

The night we went to see Celine Dion, the limousine picked us up and delivered us back. Her performance was stellar. During a standing ovation, I looked at my sister Mary, and she looked at me and said, "I LOVE HER". And then she held up her hand palm out and said, "I'M HAVING THE TIME OF MY LIFE.' I slapped it with my palm and said, "ME TOO."

The next day we were taken on a helicopter ride that was spectacular and landed on the banks of the Colorado River for a picnic of fabulous food and Champagne. The helicopter ride was videoed and recorded. It was presented to us at the end of the trip along with pictures of the five of us.

I cannot say enough about the wonderful treatment at the hands of those kind and thoughtful facilitators in charge of our trip.

When the limousine dropped us back at my house, we were two very happy campers, home from
THE TIME OF OUR LIVES!


It was a fabulous trip. My sister never stopped talking about it to her family and we enjoyed many a conversation about the time we had. I certainly have never had anything like that happen to me ever before nor after. It was a thrilling experience.
Pays one point and 2 member cents.


A Woman's Experience
What are friends for?

Pays: 10 points. and 62 member cents
Copyright © 2000 - 2021 FanStory.com. All rights reserved. Terms under which this service is provided to you. Our privacy statement.
top
You Have No Rank
Share 4 posts to be ranked.