An awareness for images - both verbal and visual - is what informs my poetry and stories. I love wordplay and vocabulary. Hiking, photography, and motorcycling sharpen the art of noticing. I am also an artist and a tourist guide in an historic home.

Adventure on the mountain (500 words) 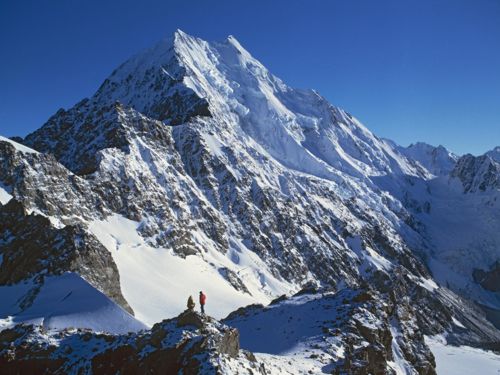 I voted with my feet. I was out of there, down the mountain, and back in the warm SUV with the engine revving before anyone else had voiced their opinion.

That’s to say I would’ve been, but I was scared of an accident if I’d rushed the descent by myself. Dying of hypothermia on the mountain was not how I wanted to spend my last moments, and neither was being mangled to a bloody pulp in a rockfall, being swept away and smothered in an avalanche, or irretrievably lost at the bottom of a crevasse dying a chilling death.

My thoughts were resentful. I hate being uncomfortable and sweaty. I hate not being able to have a hot shower. My hair’s a mess under this stupid woolly hat!  These heavy boots hurt, and I have to be so careful with these crampons. Why on earth did I come on this trip?

I glanced across at David and knew the answer. His blue eyes were sparkling like that beautiful colour I’d seen in the glacier on the way up. Sunshine made a halo of his blond hair when he took off his beanie to wipe sweat from his forehead. His eager face was flushed with exertion and excitement. He had such positive energy! All my fears were swept away, this time by an avalanche of emotion. Suddenly I didn’t care that I looked like a scruffy beetroot; I just wanted David to be proud of me.

He was standing beside Mark; both looked confident and capable. Becky sat on a nearby rock, smiling hesitantly. That gnarly rock probably would’ve been the one that chased me down the slope and smashed me off the mountain if I’d dared to go back by myself.

The proposition we were voting on was being discussed: Would we stay overnight on the mountain and aim for the summit tomorrow, or spend the afternoon returning to the car park? David and Mark were obviously keen to prolong the adventure, but Becky, an alpine novice like me, began to look dubious.

I spoke up. “Making a snow cave and spending the night here sounds amazing! I love sunrises. I vote yes.” I was already looking forward to snuggling with David.

With the majority vote settled, we spent several hours excavating and shaping our shelter on the side of the mountain. The boys quickly organised a simple hot meal, then the four of us sat on a sheltering boulder, eating and drinking in quiet companionship as the evening settled its beauty into our souls.

I know that sounds kinda soppy; I guess you had to be there. The air was crisp and pure; the horizon was a serration of snowy peaks gradually changing colour through tones of lavender, yellow, blush pink then purple as day turned to night.

David’s hand reached for mine. I just knew my eyes would be shining brighter than any of the myriad stars.

“And we’ve still got sunrise to look forward to,” he murmured.

Author's Note:
The story comes to 500 words.
Pays one point and 2 member cents.


© Copyright 2020. LisaMay All rights reserved.
LisaMay has granted FanStory.com, its affiliates and its syndicates non-exclusive rights to display this work.
Don't miss this both by two of our own! A book by Tootie and Commando