an encounter with the lady in the tub 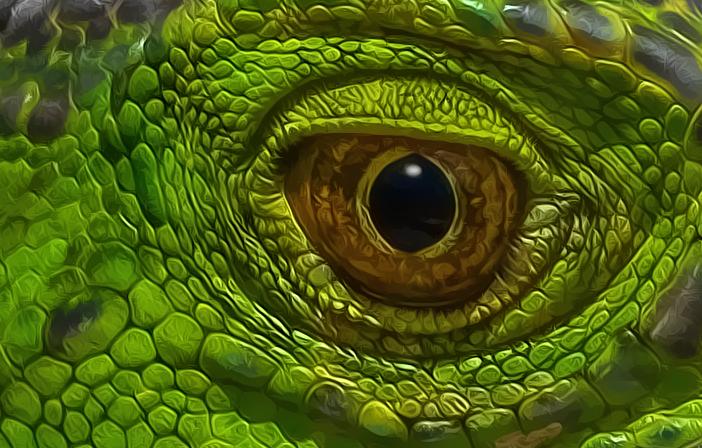 Aaron awoke in the morning missing Brown, Sky and White.

Aaron hauled himself out of bed.

"I like some things, but not everything. There are too many humans," said Pink.

"What about the others?"

"Mountain and Yellow want to stay with you They don't care where. Green likes it well enough. Black and Red aren't sure yet."

Aaron sat on the side of the bed in stunned silence. He'd hoped to keep the dragons in the palace until spring, not only to protect them, but because he wanted them nearby. Now it seemed his charges were unhappy.

Mountain, sensing that Aaron was troubled, crawled from the nest he had made into his lap. The dragon was now too big to sit there comfortably, but he made the best of it.

Aaron scratched the dragon's head, pondering what to do. He'd planned to give the cabin to Duane in the spring, and find one of his family members to live with him. He hadn't had any success finding them so far, and he'd expected to have more time.

"What am I going to do with you guys?"

Mountain gazed into his eyes. The Dragoyles scampered from under the bed.

That cheered him a bit. "I knew you could do it," he said.

"Dane," his brother chimed in.

Duane opened his eyes. He was still half asleep, but he sat up, rubbing his eyes. The little Dragoyle didn't have his name quite right, but it was close enough.

The remaining dragons gathered around in surprise.

Yellow landed in front of him, flapping his wings.

Pleased with himself at Yellow's version of applause, the Dragoyle tried again.

Mountain looked at the Dragoyle, confused.

"I think it's going to help a lot if they can talk to people," said Aaron. "Duane, you and Pink can help them out."

Feeling a little better, Aaron pulled on his clothes and headed to breakfast, leaving Duane to feed the dragons.

"You!" A now familiar screech found Aaron. "You sent your monster to attack me!"

He turned toward her. "You were not attacked. You weren't hurt at all. I'm getting weary of the way you carry on. You scared Brown so bad she doesn't want to be here any more."

"Good. Those things shouldn't be here. This is a palace, in case you don't know. You want to live with animals, go live in the stable!"

"Those 'things' are the reason we're not a conquered people right now. Are you so thick you can't see what's happening? Sure, you had offers of marriage from men who didn't have the slightest interest in you while your father was alive. Did he raise a fool? How long do you think you'd live, behaving as you do?"

"How dare you speak to me like that!" She was shrieking now, turning red and beginning to tremble. "I'm not a fool! How dare you say such a thing!"

"I'm telling you the truth. It's high time somebody did. You're not a child any more. You're a princess. You should have the respect of the people, but all anybody sees is a spoiled brat. Your behavior is beneath you, and somehow you don't know it."

"How dare you!" She was visibly trembling and sweating now, and for a moment Aaron thought she was going to faint.

"I dare because someone has to. I know you've lost your father, and your life has changed. I'm sorry for that, but if you continue to carry on like you do, you're going to end up dead.

"You're the fool! Nobody would dare. Don't forget who I am!

"Don't you see? It's because of who you are. There are many who would marry you for your crown, if you had it. A shrieking shrew would be an embarrassment they wouldn't want around. Your life would be in danger."

"That's not true," she stammered, starting to cry. The color had drained from her face, and she looked pale and weak.

"Go and clean yourself up," Aaron told her. "Then show the people a face that befits a princess. If you have any sense at all, you'll show no more hysterics or fits of temper."

She sulked off to her chambers, but without any of her former fire. Dropping onto her bed, she pounded her fists into her pillow, sobbing in humiliation and anger. She tore the sheets from the bed and was about to rip them to shreds when she was confronted with an angry pink dragon.

Pink easily dodged the pillow being thrown at her and perched on a bedpost, wings outstretched, showing her most intimidating glamor.

Black appeared on another bedpost, breathing fire, and was soon joined by Red, also flaming. Green appeared, flying around the room squawking loudly.

The princess shrank back as the two Dragoyles appeared on her bed, hissing and showing sharp teeth, and Pink resumed her usual form.

"You scared Brown away," she said. "Aaron is sad. The dragons have decided. We will not let you be so mean."

"Did he send you?" she asked, almost whimpering. Her encounter with Aaron had left her feeling weak and defeated.

"No. I told you, the dragons have decided."

At that moment, Sky popped into the room, carrying a hare in her claws.

"Sky can bring things into here, and she can also take things out. Do you understand?"

The terror on the girl's face would have told Pink everything, had she been a little better at reading human expression. Instead, the dragon glared at her, waiting for a reply."

"Good. Now, take the meat to the cooking place before it spoils."

A glare from Pink followed by flame from Black let her know the dragons neither knew nor cared that she considered such a chore beneath her. She wiped her face on the sheets and reluctantly picked up the dead hare Sky had dropped. She carried it to the kitchens and returned to her bed, where she stayed for the rest of the day.

Aaron was kept busy the rest of the day, meeting with traders and sending them off to trade the fish for other goods before winter truly set in. He saw that the princess's former suitor was escorted to the border, after spending a few days in the dungeon to discourage him from returning. It was evening before he was alone with the dragons again.

"You shouldn't have done that," he said when Pink told him of her encounter with the princess. "This is her home. If she were exiled she'd most likely die, and I don't want that. I want to make sure her habit of pitching fits no longer works for her. I'm going to see that nobody pays her any attention when she does it."

"We wanted to help," said Pink. "We weren't really going to hurt her. We just wanted her to stop being so mean."

"I know." Aaron sighed. "I'm not sure she can help herself. It's going to take some time. The thing is, if she's scared enough, she's likely to do something crazy."

Aaron was nearly ready for bed when Dylan knocked on the door wanting to talk to him privately.

"I've found some information about Duane's family," he said. "I don't like what I'm hearing. It looks as though some of them truly may have been guilty. The cousin has been hanged for treason. It may be best if the others are not found. If they acted against the king, it's treason, and you'd have no choice. You'd have to act."

"I think you have more important things to do than chase after people who are probably dead," said Aaron. "Let's not look for trouble. We have enough." He recounted the story of Brown getting into the princess's bath, and the troublesome aftermath, with Dylan trying hard not to laugh.

"The thing is, they're dragons. They're feisty. I'm not sure they can conform to human rules. There are some people who don't want them here, and I'm afraid it's only a matter of time before they have to defend themselves. They can and will, and then I'll be in a real bind."

"They like Duane," said Dylan. "May I make a suggestion? Talk to Marjorie. Their farm is pretty secluded. I could have a few men keep an eye on things, just in case. It might be the safest place for both the kid and the dragons right now."

"I'm afraid you're right," said Aaron. "I'll have a talk with Duane tonight. I'll have to tell him about his cousin, before someone else does. It's going to break my heart, but keeping him and the dragons here can't end well. We both know it."

"I think that's the right decision," said Dylan. "I know it's not the easy one."