Logan and McKenzie get closer. 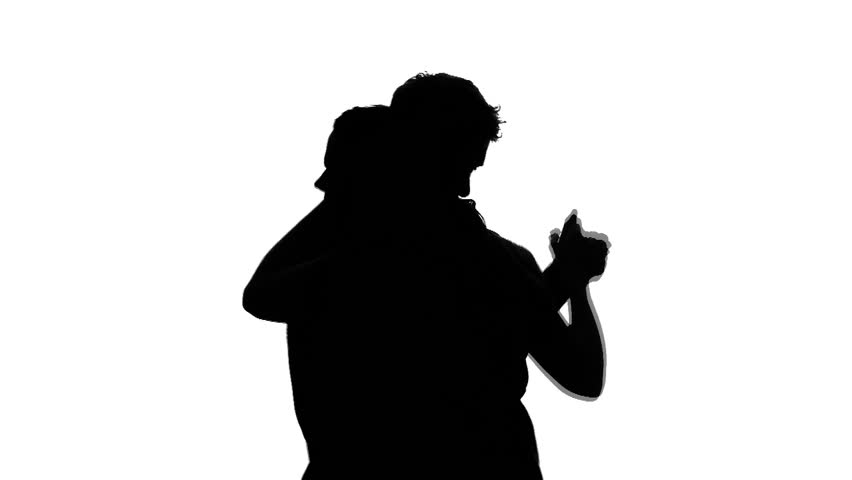 It's Saturday evening. McKenzie and Logan have known each other 11 days.

Logan moved Edger aside, "Sorry, big guy." He took her hand in his. "I'm going to miss you a lot too. You've become very important to me." Hearing a knock, he glanced at the door. "Hmm? I wonder who this is."

After he answered, a man asked, "Are you Major Logan Nelson?" When he said he was, the man continued, "I have a special delivery letter for you. Please sign here."

Logan signed. When he turned around, McKenzie stood behind him. "What was that about? Is it from your unit?"

"I don't know. I doubt it's from them. There's no return address."

Logan walked to the kitchen and set the envelope on the table. "Before I open it, I'll start the potatoes. They take a while to bake."

McKenzie sat at the table and fingered it. "It's not good, is it?"

"Probably not. I can't imagine anything good showing up special delivery on a Saturday. If it was good, we'd already know about it." He sat across from her. "Hand it over." He opened it and began to read silently.

"Logan? Does it concern me? Will it affect me?"

Her eyes met his. "I guess not." Her hands trembled as she unfolded and read it, Leave now, or receive the same fate as your sister. Tears entered her eyes as she got her computer.

"What are you doing?"

"Making you a reservation on the next flight to Fort Bragg."

Logan reached over and closed the computer. "I'm not going anywhere."

"You're not staying here." McKenzie wiped a tear rolling down her cheek. "I..." she struggled to get the words out, "I can't be responsible for anything happening to you."

He got up and offered her a hand. "Come here." He held her and kissed her forehead. "I'm not leaving you to fight this by yourself. You're stuck with me."

"Why risk your safety?"

"I've grown very fond of you in the past eleven days. Can we leave it at that?"

McKenzie nodded. "Okay, but we need to tell Bill or Mitch. They need to get a hold of the delivery service and find out who mailed this letter. There might be a trail." She wiped tears as she took out her phone and called Bill.

Logan took her phone. "Let me talk to him." After he explained the situation to Bill and passed McKenzie back her phone, he said, "Bill will be here first thing in the morning." He paused. "Is it all right, if I start dinner or do you have other plans?"

McKenzie glanced toward the stairs. "Unless you need my help, I think I'll go to my room."

"I can handle it." He checked his watch. "Everything should be ready in about an hour and half. The twice baked potatoes take a while."

On her way upstairs, McKenzie said over her shoulder, "If there's anything I can help with, call."

Logan glanced up from mixing the potatoes and noticed her sweatpants and T-shirt. I'm glad she's comfortable. I'm hoping tonight helps her relax.

She noticed the already set table. "I was going to ask if I get the plates and silverware, but I see you have everything under control. Is there anything I can do?"

He pointed to a chair. "You can have a seat and visit with me. Can I get you something to drink? I made fresh lemonade." He held out his hand. "First, give me your phone."

"Because I'm going to do everything I can to help you relax." Logan handed her a filled glass.

She took a sip and sat. "This is good." She continued watching Logan finish dinner.

McKenzie took a bite of the grilled steak and set her fork down. "Why did you go through so much trouble? This is really nice. It's great, but you didn't need to do this much."

Logan took a drink. "I feel you've been under a lot of stress and I thought maybe a nice dinner and some quiet time would help you relax. Nothing work related tonight. Deal?" He held up his hand for her to slap.

After a few moments of silence, McKenzie, said, "Since you're willing to risk your life for me, I feel I need to know you a little better."

Logan's eyes widened. "Oh really?" He took a bite and then continued, "Okay, what would you like to know?"

Thinking for a few moments, she said, "I'll start with easy questions. What's your favorite color?"

"Glad you're not tasking my brain. Before I answer, you also have to answer the same questions." After she agreed, he continued, "Blue, and I'd guess your favorite is light blue. Am I right?"

"How did you know that?" McKenzie snapped, "Why have you been in my bedroom?"

"I've carried you to bed a few times. I've used the shower after working out. As far as I know, the only shower you have is upstairs. Do you have another one?"

"Not a problem. What else would you like to know?"

"Work-out and watch baseball or really any sports. How about you? You can't say work-out. I've already claimed it."

"Then I'll have to say play with my dogs and watch the Cardinals."

"There has to be something else. What else do you like to do?"

McKenzie scanned the room. "I don't know." Logan encouraged her to continue so she added, "I like listening to music. I enjoy dancing, but really haven't been in years."

"We danced a few nights ago."

"True, but with Jose getting shot, it didn't really have a good ending, did it?"

"It didn't, but we can change that. Would you like that?"

She tilted her head. "Maybe, but I doubt that could happen." She set her fork down. "This was good, but I'm full. I can't eat another bite."

Logan reached over and took her plate. "Take a break while I take care of the dishes."

McKenzie stood. "Our agreement was you cook, and I do the dishes."

"Not tonight. I've got this. You're supposed to relax." Logan grinned. "Now get." He continued with the dishes.

When the dishes were done, Logan walked into the den and saw McKenzie sitting cross-legged on top of the desk staring at the bulletin board. "I thought we weren't going to think about work tonight."

"I feel I'm close to solving Megan's murder. I'm just missing one little piece that ties it all together."

He held out his hand for her to take. "Come on, let's dance."

With raised eyebrows, she took his hand. "Dance?"

"I have it set up. I just need a partner." Once in the living room, Logan turned on the radio. "I Googled dance music. If you don't like the channel, tell me and I'll find something else."

McKenzie grinned as she scanned the living room. "I like your creative dance floor."

Logan bowed. "May I have this dance?"

After the first dance, McKenzie's gaze met Logan's eyes. "Thank you for tonight. You were right. I needed this."

"You're welcome. I'll always do what I can."

She moved closer as they danced. "I know."

The dancing continued throughout the evening. Eventually, McKenzie rested her head against Logan's chest. "You're..."

"Comfortable," interrupted Logan as he kissed the top of her head. "You've mentioned it before."

McKenzie looked up and stared into his eyes. Their gaze continued, as their bodies swayed to the music. Slowly their lips met. The kiss lingered. A second kiss followed.

She stepped back and whispered, "I need to go to my room."

Logan nodded and watched her walk up the stairs.

As Logan petted Edger's head, he said, "I wonder if I messed up. What do you think, big guy? You know her better than me." He faced the back door. "Come on. I'll let you two out."

Thank you Brad Paisley. Maybe Logan and McKenzie danced to something like this.

Thank you google imagines for a silhouette of a couple dancing. I really appreciate your help. This post is a little over 1,100 words. I hope you don't mind the length. Logan and McKenzie continue their search for Megan's murder as they get closer to becoming a couple.
Thank you for your generous support.
Pays one point and 2 member cents.

Advertise With Us
I Remember Love
There are so many ways that love is manifested.