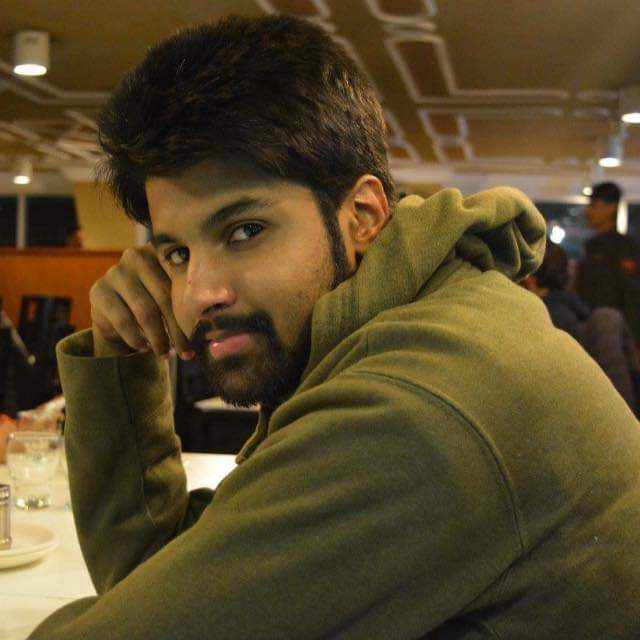 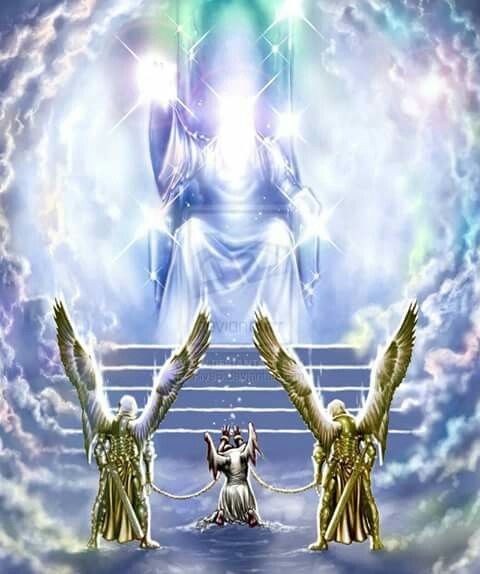 Far as the eye could see and farther still, stood the creations of old. Some huddled closely together, many floating seamlessly in the air and all facing the same direction; that of the majestic gold and silver colored stage. A gigantic, one of a kind, structure that stood erect mid-air, with no visible support to lean on. But that was no miracle around these parts rather it was the norm. This place had laws and rules of its own and they were simply accepted as such because things were expected to defy normalcy.

Standing at each of the four corners of the stage were the ever vigilant, four sentinels. All four of them equally breathtaking and fearsome in their own regard. They had the capacity to inspire both adoration and terror with a singular glance. At center-stage, was placed a mighty throne as indescribable as the entity who graced it with His presence. To His left, right next to the throne, stood the lieutenant; a being unmatched in both beauty and charisma. At long last, the creations had all gathered and the ceremony could officially begin. 'The Presence' turned to the lieutenant and nodded in affirmation. Message sent and received. The lieutenant strode forward confidently, aware of his duty and eager to perform it and called out to the masses.

"I, Lucifer Morningstar, welcome you all on the behalf of the Almighty, your Lord and Creator. We have all been summoned here today to be introduced to the latest of the creations. As the leader of all angels, I have been tasked with the honor to present before you this new creature. So, without further ado, Archangels Michael and Gabriel, I bid you to lead the ummm...two-legs, two-arms forward!" Satisfied for having done his duty, Lucifer stepped back to stand in his designated place on the left side of the throne.

The masses all looked on with excitement and curiosity as two of the guardian angels ushered forward a nervous-looking being. Indeed, it did have the two legs and two arms the lieutenant had described, and so much more. At first glance, the figure did not seem remarkable or imposing in any manner, especially physically. It sure was unique and different and unlike any other creation but these attributes were all synonymous. Why it was created and what it was to be called was beyond them. Their gaze started switching back and forth between the naked figure and the throne as they searched for answers. And answers were exactly what they were about to get.

'The Voice' was finally heard by the waiting crowd, loud and clear. It was no ordinary voice for it belonged to the Creator. A voice that no one could dare question. A voice that left no room for future discussions and arguments. A voice that was a command which simply had to be obeyed.

"This being before you is the very first of the latest and most efficiently developed species, that is to be known as...Human! And this one's name is Adam!" A pause was taken here to gauge the reaction of all gathered. The terms Human and Adam were being murmured and pronounced with awe by every tongue present. 'The Voice' continued.

"Adam and his kind shall be different from all of you. They shall all be above the rest of you in stature, for they have been given...The Choice! The Choice to obey or to not obey, if they so desire. This is a superior creation whom I have chosen to stand by the vacant area to the right of the throne. Humans shall be my new captains and just as you all bow before Me, so you shall bow before them! Now, bow before Adam...your Master commands you!"

Hushed silence fell across the crowd. All of creation was present in that moment in time and they were all confused, some outraged even. How could it be that this uninspiring being, this Adam, had been given The Choice? The answer eluded them but, in their hearts, they all knew they must obey and serve. The Master Creator, their Lord, worked in mysterious ways and always kept His own counsel. All of them combined could never begin to fathom the logic behind His reasons. All they could do was to accept the command and hope for answers later. So, they all moved forward to bend and bow in unison but as they did, a familiar voice rang across the terrain. "Stop!" it said and confused, they all did stop to look back to the stage.

Lucifer was standing between Adam and the throne, facing the Almighty. He had an unreadable expression on his face but his act of intervention alone, carried blasphemous connotations. Lucifer's intervention was the first of its kind, shocking and unheard of and even the Archangels had all turned to look upon him in horror. Their leader had just issued a counter command, and that was an act of outright defiance. The whole universe held its breath and the lieutenant's voice was again the first to break the deadly silence.

"Before introducing Adam, I was not informed that he and his kind were to be my superiors! How a bag of meat and bones can outshine my fiery aura is beyond me!" Lucifer paused here as he turned back and started to slowly circle around Adam, surveying him. "Nothing about Adam looks particularly special to me and yet, You have chosen him to be your right hand. A position that is above even mine!" On that note, the proud being turned to face the crowd with a bemused look on his face. None of them knew how to react to the situation unfolding before them as this was an unprecedented event. Lucifer had their attention and he absolutely loved it. Yet, there was one thing that he loved more than anything.

He turned his back to the crowd to face both Adam and the throne. The Creator's piercing eyes were upon him, stern and unflinching. Lucifer melted before them and smiled heartily.

"I was granted the honor to introduce Adam before all. Now, I wish for the honor to be the first to bow down before him, as per Your command. I know not the reason for elevating Humankind above the rest of us, but I trust You, my Lord! I desire nothing more than to please and both my love and loyalty, I lay bare before my Master. I beg You, let me be the first one and the rest can follow after!"

"Granted, you drama queen!" echoed The Voice with a sigh and the hint of a smile. There was a collective sigh of relief and intake of breath from the witnesses as Lucifer squealed and jumped in delight. Giggling merrily, the lieutenant proceeded to prostrate before the captain as the entire universe looked on. Classic Lucifer, they all thought to themselves and waited for him to get back on his feet. When he finally straightened, it was now their turn to follow and bow before Adam, and bow they did.

Dazed by the whole ordeal, Adam strutted along to stand in his newly designated place and Lucifer followed suit behind him. The Voice uttered 'The Word' and with a bang, the heavens exploded in celebration. The crowd roared as the Archangels engaged in a ceremonial four-way, friendly duel for them to gush over.

God turned to Adam to finally speak to him directly. "None present here have worshiped Me more than Lucifer. Superior or not, you humans are going to have a hard time matching his devotion. He is after-all, the original Prince of Heaven!"

Lucifer beamed at this high praise and went on to endearingly pat Adam on his shoulder. "It's not a competition, my dear Adam. I am sure we are going to be best of friends going forward! Now, let us enjoy the show being organized in your honor...the Archangels know exactly how to entertain!"

Reassured, Adam finally smiled and allowed the Archangels to blow him away with their grace and skill.

First of all, I sincerely hope that this alternate ending story does not offend anyone who reads it. I only tried to recreate as a writer, what the religious texts from both the Bible and Quran tells us, put my own spin on it as well and led it towards a different outcome. If at any point you feel that I have strayed from the facts then you are within your rights to disagree. The whole purpose of this exercise for me is about telling the age-old tale we all know, in my own unique way! :-)

Now, just imagine for a moment...what could have been if only Lucifer had not defied God and never fallen to become the Devil or Satan as we know him to be. Could all the misery, the suffering, the fall of humanity and even the original sin been avoided? No war, no conflict or mass killings and whatever else that is which makes earth the center of negativity that it is. Just close your eyes for a moment...and imagine!

All the words that I have capitalised mid-sentence are whenever I am referring to the Divine God in one way or another!

Aaqib Naeem has granted FanStory.com, its affiliates and its syndicates non-exclusive rights to display this work.

Advertise With Us
He Is Working All For Our Best
spaceship with landing pad, rhyming poem.

Pays: One point. and 27 member cents
Copyright © 2000 - 2021 FanStory.com. All rights reserved. Terms under which this service is provided to you. Our privacy statement.
top
You Have No Rank
Share 4 posts to be ranked.