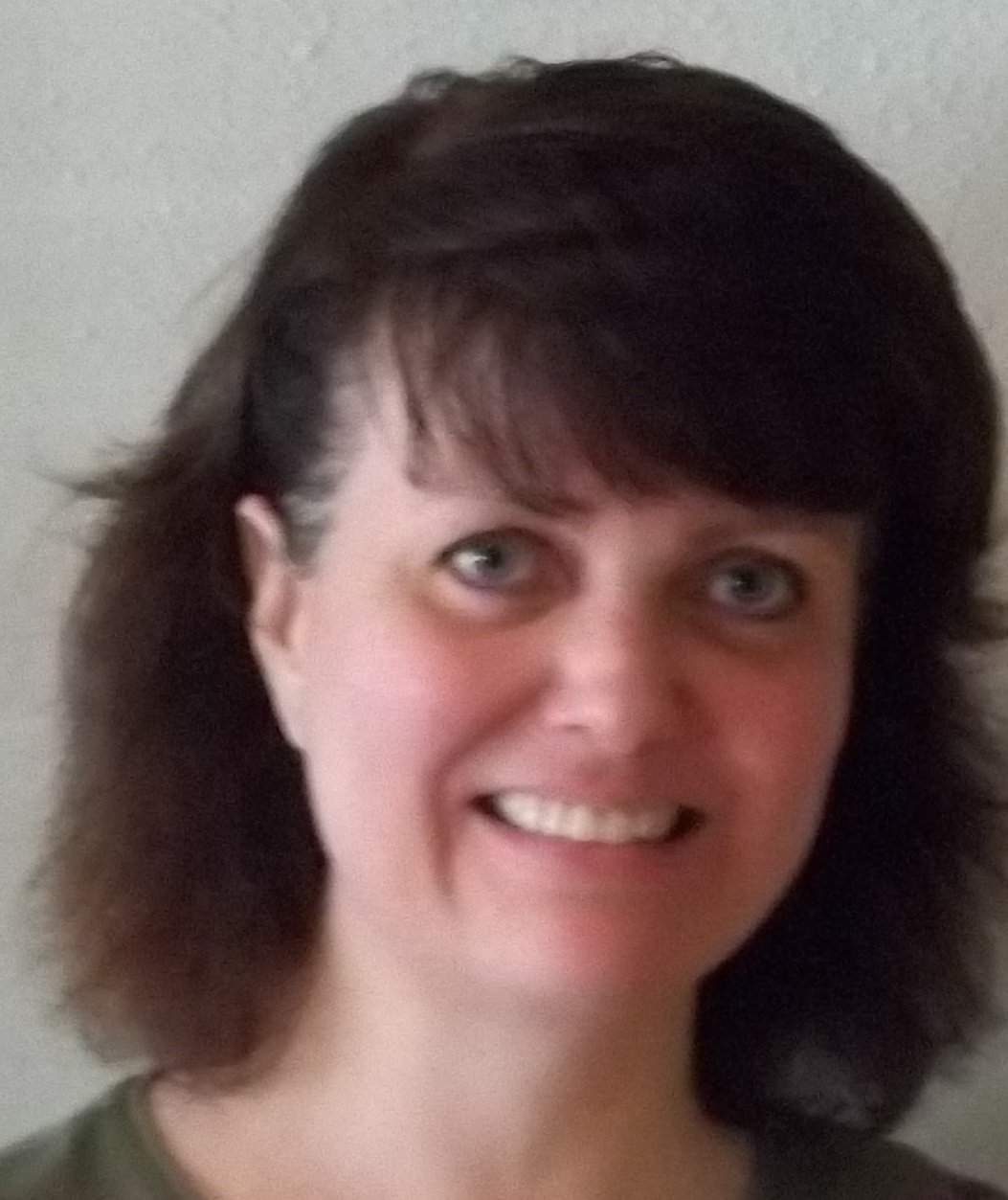 Have English B.A. with Creative Writing Emphasis from the University of Utah. Came back to Fanstory.com after 6 years gone (so it says member since 2013) to practice wider genres of writing and get writing prompt ideas. I have written over 1400 poems - more...

She is a top ranked author and is currently holding the #33 position.

She is an accomplished script writer and is currently at the #4 spot on the rankings.

She is an accomplished poet and is currently at the #73 spot on the rankings.

She is also an active reviewer and is holding the #29 spot on the top ranked reviewer list. 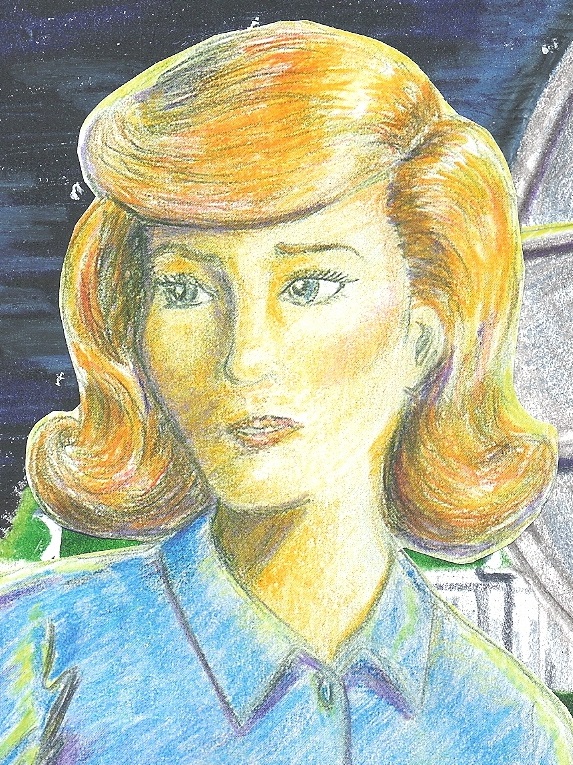 In the past I have had a part-time hobby of collecting things related to Nancy Drew. It includes a specific set of video games featuring Nancy Drew, the intrepid detective-heroine created by Mildred Wirt Benson and first published in 1930. I grew up reading the blue-tweed cover set and the yellow matte-finish covers of the 1960s and 1970s. The blue books belonged to my Aunt Janice in Wyoming, and she has since retrieved them. My younger sister and I read the books from about age nine and onwards. I believe Nancy Drew books were also popular with many of my friends as an escape from middle-class or lower middle-class suburban life. The first Nancy Drew book I ever owned outright was an award for a reading program in elementary school. It was called "The Clue of the Dancing Puppet," with an emphasis on marionettes, Shakespeare, and an acting troupe. How much could one book influence someone? Believe it or not, I used to have over sixty puppets, although only two were marionettes.  I majored in English in college the first time I went (which included Shakespeare, naturally). I tried a little comedy improv, wrote twelve scripts, and I still own that book.

At one time in the past ten years, I had all fifty-six matte or glossy yellow books, paperbacks for numbers 57 and 58, and about seven more hardcover mysteries, which were written in the early 1980s, along with the Nancy Drew Cookbook. I have given most of those away and am down to just seven hardcover books and the two paperbacks, plus one children's book with another mystery based on marionettes. Being something of a purist but not a snobbish one, I also tried reading subsequent modern mysteries such as the Nancy Drew/Hardy Boys Super Mysteries, the Nancy Drew Notebooks, up into the count of 100 to 130 or so, and a few of a Nancy Drew spinoff series titled the Nancy Drew Clue Crew, but I soon decided to return to the main, original series, between 1930 and 1980. There have been a few movies, including some older black and white ones starring Bonita Granville, and at least two TV shows based on Nancy Drew.

However, the computer games provide more of a hands-on experience. The company that made the games is called HeR Interactive. The company was principally based in Bellevue, Washington up to about 2015. The company has produced thirty-three officially numbered PC games and four other games which are not officially numbered. One is aimed at very young players. I started playing the games in 1998 and at one time owned 33 of the games. Since I have intelligent, active nieces, I have given several of the games away to them. The illustration posted here is a detail from an illustration I drew in colored pencil, based on the art style of Rudy Nappi. His style is my favorite for the Nancy Drew books, although I also appreciate illustrator Russell Tandy's original jacket art for earlier books and Bill Gillies' art, which was in-between Tandy's and Nappi's. It was a surprise to have my art accepted to be posted in a point-and-click library art display in a scene of "Secrets Can Kill: Remastered." That game came out in 2010, which is also the year my father passed away. So even though I am still excited that my art was accepted for that game, I only play it once in a while.

Some of the games no longer work on my PC due to computer requirements, but the ones I can still play include "Shadow at the Water's Edge" (set in a genuine Japanese hotel/ryokan), "Secret of the Old Clock" (which sort of blends two original Nancy Drew book plots), "The Creature of Kapu Cave" (set in Hawaii), "The Haunting of Castle Malloy" (set in Ireland, with a hilarious sheep hairdo machine), and pretty much any of the games between 16 and 33. Two of the games which may or may not load up to work properly and which I like the best for educational and entertainment value are "The Secret of Shadow Ranch," set in Arizona, based on an actual Nancy Drew book, and which includes searching for genuine arrowheads and barrel racing on a horse, as well as "Secret of the Scarlet Hand," also based on a Nancy Drew book, just because Mayan archaeology and other things related to Mexican, Central American, and South American culture have always been interesting to me.

Sometimes, if I want to re-visit the games, I can also find walkthroughs posted on youtube that are like mini-movies, so I can 'play' the game without actually playing the game. HeR Interactive's last game was called "Midnight in Salem," and I had difficulty getting my computer to load that one. There was also a huge gap between the game's audio track and what the graphics or characters' lips were speaking. So after trying multiple times, I finally just stopped the game about a third of the way through, then watched the walkthroughs on youtube to finish it.

If you were ever a Nancy Drew fan while growing up, or if you have daughters, granddaughters, nieces, or others who have not discovered these games, I can recommend them, since they have served as economical, educational mini-vacations to different parts of the world, including Italy (The Phantom of Venice), France (Danger by Design), and England (Curse of Blackmoor Manor). I would suggest, if you have never played the Nancy Drew games before, that you might like to start out with number 25, "Nancy Drew: Alibi in Ashes." That is because it is set in River Heights, which is Nancy's hometown. I never knew which state her hometown was supposed to be in, but growing up I had a vague idea that it was in-between Ohio and Illinois, or somewhere in the United States. Although the brand new computer games will cost you a minimum of $9.99 and up to about $25, you can also find them on other websites for used goods for much cheaper.

This year for Valentine's Day, I also created a Valentine box, designed with Nancy Drew and a drawing of her faithful boyfriend, Ned Nickerson, based on a board game idea I had back in 2003. I entered it in a competition at work, with the tagline: Nancy Drew + Ned Nickerson = Clue Love (word play on True Love) and added: and that's no mystery! afterwards on the second line. I also have written four poems about Nancy Drew, the latest of which was completed this week for a national poetry contest. In my opinion, even though it is increasingly difficult to find Nancy Drew books in the local bookstores, they still remain classic books.  Besides, the PC/Mac games will continue to be produced as well.

I think there is a rule here about listing other websites, but I could point out that you can find HeR Interactive's website easily with an Internet search.
Pays one point and 2 member cents.


© Copyright 2020. CrystieCookie999 All rights reserved.
CrystieCookie999 has granted FanStory.com, its affiliates and its syndicates non-exclusive rights to display this work.