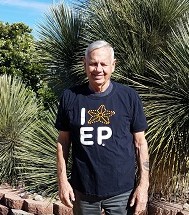 I am a widower who has retired from U. S. Military with over twenty-six years of Service and thirteen years of instructing and conducting business research at a university. I have five children, nine grandchildren and eighteen great-grandchildren. I - more...

A story about a G.I. issue watch.

My job was Assistant Operations Sergeant, Headquarters, 3rd Brigade, 5th Infantry Division (Mechanized), Fort Carson, Colorado in 1961. I was issued a Timex wind-up wristwatch. Incidentally the watch's replacement cost was $2.00. I had personal wristwatches to include a couple of Timex watches but the nickel in the bands and backs irritated my skin. The Government Issue watch band and case were made of drab, olive-green plastic. It didn't irritate me. I loved that watch.

I was temporarily assigned to the U.S. Army Jungle School in the Panama Canal Zone. While there I spent three weeks in rigorous training to include swimming rivers, living in a swamp, rock climbing and rappelling. My G.I. Timex withstood all the bangs, scrapes and water immersion with flying colors.

In 1962 I was transferred to the 1st Reconnaissance Squadron, 9th U.S. Cavalry (DMZ Police), South Korea. My watch and I withstood all the travails which occurred defending against the North Koreans 24 hours a day. Hostile confrontation was expected, we were armed all the time both on and off duty. We conducted river crossings in all types of weather. Freezing and snowy weather lasted four months straight. That was my way of life for a thirteen-month tour of duty.

I reported to the 2nd Battalion, 12th U.S. Infantry, Fort Louis, Washington right after President John F. Kennedy was assassinated in 1963. The Battalion's mission included reinforcing U.S. Forces in Alaska. Immediately following the Christmas break the Battalion moved to a maneuver area, our potential combat position, on the Arctic Circle, on the Tanana River near Great Bear Lake. This was about twenty miles outside of Fort Wainwright. We stayed there until the end of February, about forty-five days living in five-man tents. The coldest temperature we withstood was fifty-four degrees below zero. The Timex was on my wrist the whole time.

I was eventually assigned to the U.S. Army School of Americas, Panama Canal Zone, as a Training and Intelligence Non-Commissioned Officer and had various other duties until 1968. The Timex watch and I went through several arduous exercises, like those that occurred on my first assignment to the Canal Zone.

From 1968 thorough 1971 I served two tours in Vietnam, the first one in Long Bien and the other on the Ho Chi Minh Trail, with nine months in between in Germany near the Czechoslovakian Border. My watch and I made it through unscathed, except I didn't dodge the Agent Orange bullet into my prostate gland.

Finally, I had a tour of duty in my home State of Texas at Fort Hood with the 2nd Battalion, 7th U.S. Cavalry (Airmobile). The next three years was almost constant maneuvers and equipment testing under battlefield conditions.

I was promoted to Sergeant Major with my G.I. Timex on my wrist and transferred to Colorado
State University, Fort Collins, Colorado. Fishing in the Rockies didn't faze the watch.

The summer of 1977 I was transferred to the 3rd Brigade (Mechanized), 3rd Infantry Division. Our base was in the Northern Bavarian City of Aschaffenburg, Germany. My Timex and I withstood the rigors of administrative duties as the Community Sergeant Major.

In 1980, I had enough, the Army wouldn't transfer me to Texas. Either I went where they wanted me to go or I had to retire. My watch was with me when I retired with almost twenty-seven years of Honorable service.

I tried to turn that old battle-scarred Timex back to the Army several times. The Quartermaster didn't want it. It was like my issued uniforms, I could keep it.

Working at the University of Texas at El Paso and hobnobbing with the In crowd, it was suggested my olive-drab Timex was not part of the style my bosses wanted me to project while I was giving speeches and appearing Live on Prime Time TV at the 6 PM News slot. So to my Jewelry box it went with the other watches.

My youngest son, attending Junior High, needed a watch. "There are several in my jewelry box. Pick one out," said I, good old dad.

There were a couple of expensive watches for me, at $300 plus, in that pile. I wondered which of them he would pick? He picked my beat-up $2.00 olive-drab G.I. Timex. I thought that was an excellent choice, it was indestructible.

Less than a week later. "Dad, I need another watch. This one broke." It was in four pieces.


This story is one of the family anecdotes I felt was worthy of preserving while the perpetrators were still alive and kicking.

I thank Bruceiorio for providing his artwork, Fossil Q, to be used in Fan Story submissions.
Pays one point and 2 member cents.


© Copyright 2020. Henry King All rights reserved.
Henry King has granted FanStory.com, its affiliates and its syndicates non-exclusive rights to display this work.
Advertise With Us
Building Trust
Shared happiness can build trust