The Three-Cornered Jack by tfawcus 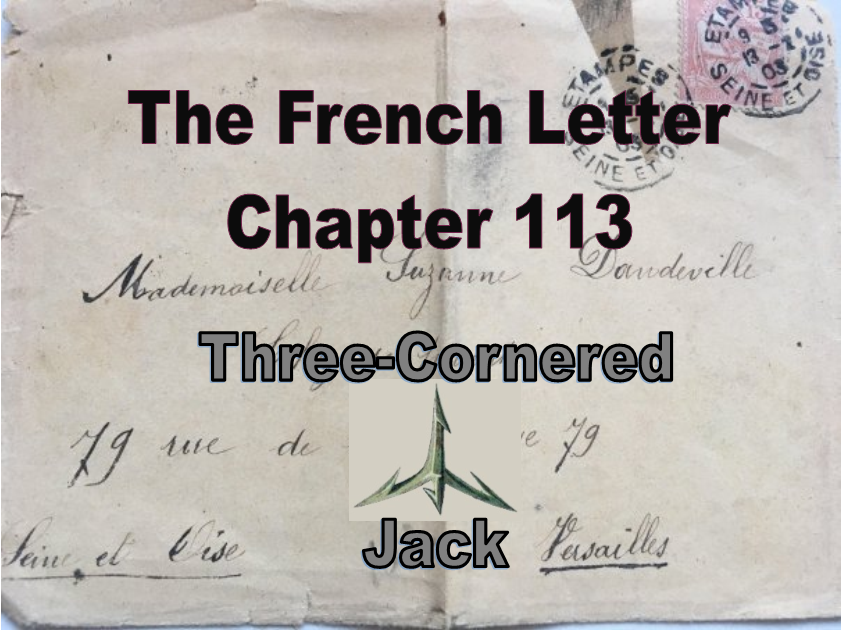 "Abdul Jaleel! It's me, Kayla. I have come with the ransom." Her words echoed from the valley wall and faded away into silence. She called again. "I am alone. Bring out

my sister." There was still no reply.

He grabbed at me but was too late. I was already slithering down the rough track made by mountain goats and dislodging small stones as I tried to keep my footing. It wasn't until I reached the bottom that I realised I'd left the briefcase

behind and that the key to it was still in the pocket of my discarded woollen chugha.

Cursing my stupidity, I realised it was too late to go back. There was a crevice in the rockface not far from the cave entrance, and I eased myself into it and waited. Eventually, a figure appeared.


He called to the lookout. "Asim?"

I didn't understand the words that followed but assumed he was checking all was clear before stepping into the open. Asim's reply came from an unexpected quarter. He had moved around to one side, where he had a clear view of the cave entrance. I could see him kneeling by a rock with his rifle at the ready.

Abdul Jaleel was a surprisingly small man. I doubted whether he'd even reach my shoulder, but he carried himself with the easy assurance of a leader. His neatly trimmed black moustache and beard stood in sharp contrast against a plain white turban and flowing white robe. The garb seemed peculiarly inappropriate for life holed up in a cave, and I suspected he'd donned it especially for the occasion. It was difficult to imagine that he was one of the most murderous villains of modern times.

His next words were delivered in the precise Oxford accent of a well-educated foreigner. "Come out with the ransom money, Miss Culverson, and place it on the ground halfway between us."

Kayla repeated her demand to see her sister. He clicked his fingers, and two men dragged Helen from the cave and pushed her forward. She staggered and struggled to remain standing. Her hair was tangled and matted with dried blood, and all spirit seemed to have died in her.

"Come, my dear. Let your sister see you more clearly."

Helen shuffled a few steps forward then fell. I was less than twenty paces away and ran to assist her to her feet.

I didn't understand the words, but Abdul's mocking tone needed no translation. He beckoned to me. I took hold of Helen's tethered arm and propelled her forward while whispering, "It's me, Charles. Don't worry." I walked behind her, hoping to buy extra time before he realised I was not Usman.

He addressed Kayla again. "Here is your sister, Miss Culverson. Now, where is the ransom?"

Kayla made no reply, but her green knapsack came sailing through the air from behind the rock. It was open and a flutter of purple banknotes blew across the ground as it landed. This was the diversion I needed. Casting Helen to one side, I grabbed Abdul's arm, yanked it up behind his back, and held Mozama's knife to his throat, at the same time swivelling him around to form a human shield.

As he struggled to get free, he barked an order. I heard the crisp stutter of semi-automatic gunfire, and the men at the cave mouth crumpled to the ground before they could raise their weapons.

Kayla rushed out and pulled Helen to safety, scooping up the knapsack on her way back to the sanctuary of the rocks. I edged towards them, holding Abdul in a half-nelson and making sure he remained between me and the cave. We were only a few paces short of the rocks when something that looked like a bird of prey swooped down and landed in front of the cave. It was an open briefcase.

I was momentarily distracted, and Abdul took the opportunity to drive his heel into my shin and twist himself free. I howled in agony, dropped the knife, and started hopping around on one leg. Abdul fumbled in the folds of his coat and drew out a gun.

He levelled it at me with an exclamation of triumph, an exclamation that almost immediately died in his throat as Kayla leapt from behind the rocks, her limbs spread like a three-cornered jack and her hair streaming out behind her. With a blood-curdling screech, she thrust her foot into his chest. The gun went spinning away into the dust.

I later learned her manoeuvre was known as a Muay Thai Jumping Push Kick or Kradot Thip. The term Kradot Thip precisely described the sound of his breaking ribs.

She picked up the Khyber knife and prodded his genitals with it. "Get up, scum. You're coming with us."

"We need to get the hell out of here," I said. "Asim has activated the homing device. We only have a few minutes."

"Keep him covered," she said.

I took a few steps back and levelled my revolver at his head. I was taking no chances of him turning the tables on me again.

Meanwhile, she untied the cord securing Helen's wrists and rubbed vigorously to restore the circulation. Then she clasped her sister in a tight hug. "I swear on our mother's grave that before the day is out, we'll get our revenge on the monster for what he's done to you. By the time we've finished, he'll wish he'd been blown up with the rest of them."

I didn't like the sound of that. Handing him over to the authorities was one thing, subjecting him to barbaric torture, quite another. Nonetheless, for the moment, I held my peace.

We set off down the valley, back towards Bumburet, with Kayla driving Abdul on ahead of her, goading him with the tip of the knife whenever he faltered. Helen and I took up the rear. Soon there was another stutter of gunfire. It sounded as though Asim was keeping the enemy at bay while we made good our escape.

We were scarcely half a mile from the cave when there was an explosion, and a plume of smoke rose like a genie hovering in the sky. A split second later, two Mirage jets pulled up out of the valley with a deafening roar and wheeled back south-west towards Kabul. The Afghanistan border was less than five miles away, so they probably hadn't even infringed Pakistani airspace. The strike had been implemented with clinical precision.

As soon as we knew we were safe, Kayla called a halt. She sent Abdul sprawling with a kick up the backside and knelt in the small of his back while she tied his wrists. As she got up, she bore down heavily on his broken ribs, driving them hard against the ground. The viciousness of her movements made him cry out.

Helen was in bad shape, scarcely able to put one foot in front of the other. I lowered her to the ground in the lee of a gigantic boulder, wrapped my arm around her, and leant over to kiss her softly on the cheek.

"Thank God you're safe, darling. I've been so worried."

Her eyes held the terror of a hunted animal, and she drew away from me, obviously still in shock. I could scarcely imagine what the bastards had done to her. She crouched with her head between her knees and started to sob. Kayla hurried over to soothe her, but she was inconsolable. Her shoulders heaved as she took great gulps of air to sustain her tremulous keening.

I realised my presence was redundant and turned my attention to Abdul. "Don't move, old boy. I've got you covered."

He showed not the least sign of wanting to move. What a sorry sight he now looked, his white robes smirched with dust and dirt, and blood seeping through the material where Kayla's prodding had been over-enthusiastic.

"You'd better go and get help, Charles. Helen's in no fit state to make the journey back down to the village. Take that son of a whore with you."

"You'd better take the revolver," I said. "It'll be more useful to you than that knife if you run into trouble. Not that I imagine any of Abdul's men managed to escape, but better safe than sorry."

She saw the sense in my suggestion, and when we had exchanged weapons, I slid the Khyber knife back into its sheath with a sense of relief. "Don't hesitate to use it if he gives you any trouble," she said. "Take him back to Auntie Mozama's. We can finish our business with him there."

Although I said nothing, I didn't intend to do any such thing. I'd already decided to hand him over to the border police at the earliest opportunity. It didn't do to take the law into one's own hands. The Pakistani authorities could deal with him as they thought fit. Mind you, I doubted he'd fare any better with their infamous Inter-Services Intelligence Agency than if I left him to the tender mercies of Kayla and Helen, but that was beside the point.