She is an accomplished poet and is currently at the #29 spot on the rankings.

She is also an active reviewer and is holding the #9 spot on the top ranked reviewer list. 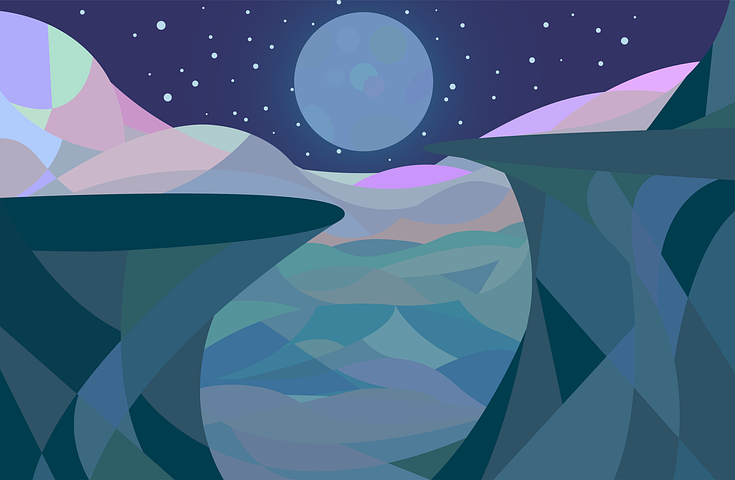 Good news spread throughout the land of Uz. Young Og had found a wife and they were soon to be joined as one. All the local cave dwellers were asked to attend and give their blessings.

Og and Ugg made their sacred promises amongst the wild flowers with the eldest tribesman presiding. The newlyweds spent many nights blanketed underneath the stars of heaven and the warmth of married union. The cave-dweller was very happy that the she-creature had accepted him and his gifts of love.

It was a joyous time as they set up housekeeping right away. Og prepared Ugg's larger cave for the cold season ahead, stocking it with food and provisions.

But as the Winter Solstice drew near, Og began to notice changes in Ugg. She was gaining weight around her mid-section and cried when she was happy or sad--it did not matter. Ugg just cried and cried. She also ate and ate. "Perhaps she is with child," Og thought.

Og sat his mate down for a little talk to see what was going on.

It did not go well. Og forgot that the she-creature was similar to the mother eagle whose nest rested in the heights.

Ugg softened at the tender words of Og. He should have left it there, but--he did not.

"You are very big, Ugg. Could there be more than one babe inside of you, or three?"

At that, Ugg burst out crying. "You don't think I'm beautiful anymore, Og!" Ugg threw her stick and pulled away, refusing to be comforted.

Poor Og was in deep, bewildered by her response. Of course he thought she was beautiful, but she would not listen.

When Ugg walked away, his heart ached.

He left for the day to visit the local tribesmen for counsel. Help was needed in dealing with the pregnant she-creature.

An elder tribesman saw Og coming down from the cleft in the rocks and received him gladly, offering both drink and warmth.

"How is Ugg?" asked the elder.

"I have love for Ugg and she is with child. She cries and eats and seems unhappy. Where is my happy Ugg?"

"She is there," said the elder. "Things inside have changed, but not her heart. Her love is for you."

"I told her she looked big and now she says I don't see her as beautiful. She is the sunrise. I don't care if she is great with child. She may have two or three inside her! This is not easy for Ugg, and I seek to help."

"She-creatures are soft like the petals of a flower. They bruise easily," said the elder. "You have put your hoof into your mouth, as we say among our people."

Og listened to the sage's words and took them to heart. He knew he had to make amends so Ugg would feel beautiful again.

"What should I do? I am young in these things, and the she-creatures are a deep mystery."

Og returned home with the elder's advice, stopping first at the field of flowers to gather fall blooms in purple and gold. He picked sweet dates and speared river trout, keeping his eyes on the setting sun. With his thoughtful gifts in hand, he headed up the mountain before the light of day faded.

Smoke was rising in the sky, and he knew Ugg had started the evening fire. She and the dogs were warming themselves when he first saw her, and the comforting sight made his eyes moist. The closer he got though, the more he realized Ugg was in pain.

He quickened his pace as he hurried to reach her, dropping flowers and figs all along the path. Ugg called out, "The babies are here!"

"Babies!!" Og picked up Ugg and carried her inside the cave, laying her gently on the animal skin.

"Ugg, I'm sorry. I love you with big love. You are the most beautiful one to me."

"I know," said Ugg as she touched his cheek. "I forgot for a moment."

Ugg bore down as she began to push. Og couldn't believe his eyes at the marvel of the she-creature.

"Og, when I tell you, pull the babe gently and hand him to me." He did as Ugg said, except the babe was not a man-child, it was a she-creature. The babe cried loud and long--just like her mother.

Ugg quickly readied herself for the second babe. "Again, Og. We have another one coming!"

Og was too busy to be overwhelmed. He pulled like he did before to maneuver the second child. This babe was large, and exceeded the first by the length of Ugg's hand.

With a son and daughter side by side, Og held them as Ugg fell asleep with a smile upon her face.

As he admired his children, Og was certain his love was much bigger than he had ever dreamed.


"The Land of Uz" is real and the former home of Job. The area described in the Bible is to the south and east of Israel including ancient Edom, Moab, and Ammon. Ancient peoples measured with their body parts, usually the hands, arms and feet.

Enjoy this magnificent video. It's one of my favorites.