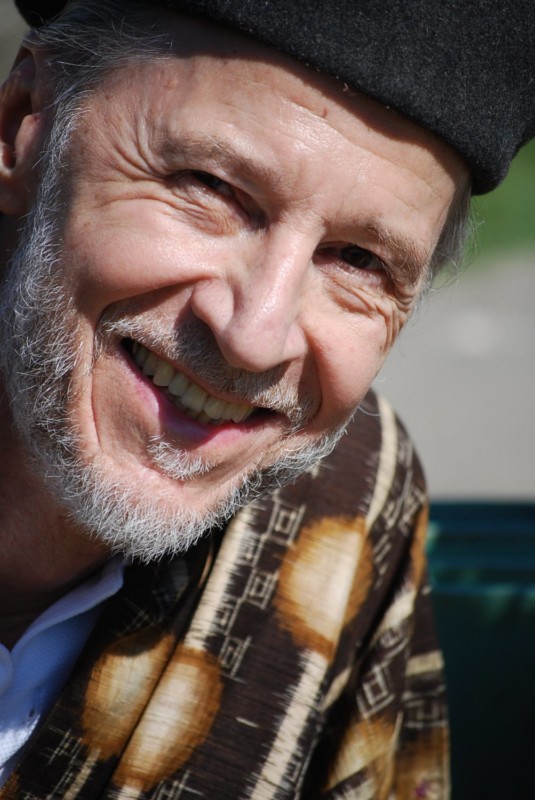 Aaron Milavec is a free lance writer who came to Shanghai in February 2017 in pursuit of Elena, a woman he met online three months earlier. Their love story, published as THE RED STRING CHRONICLES, pioneers a whole new form of daring transparency fo - more...

Growth in trust during our first meeting.

A chapter in the book MY ANGEL OF GOD 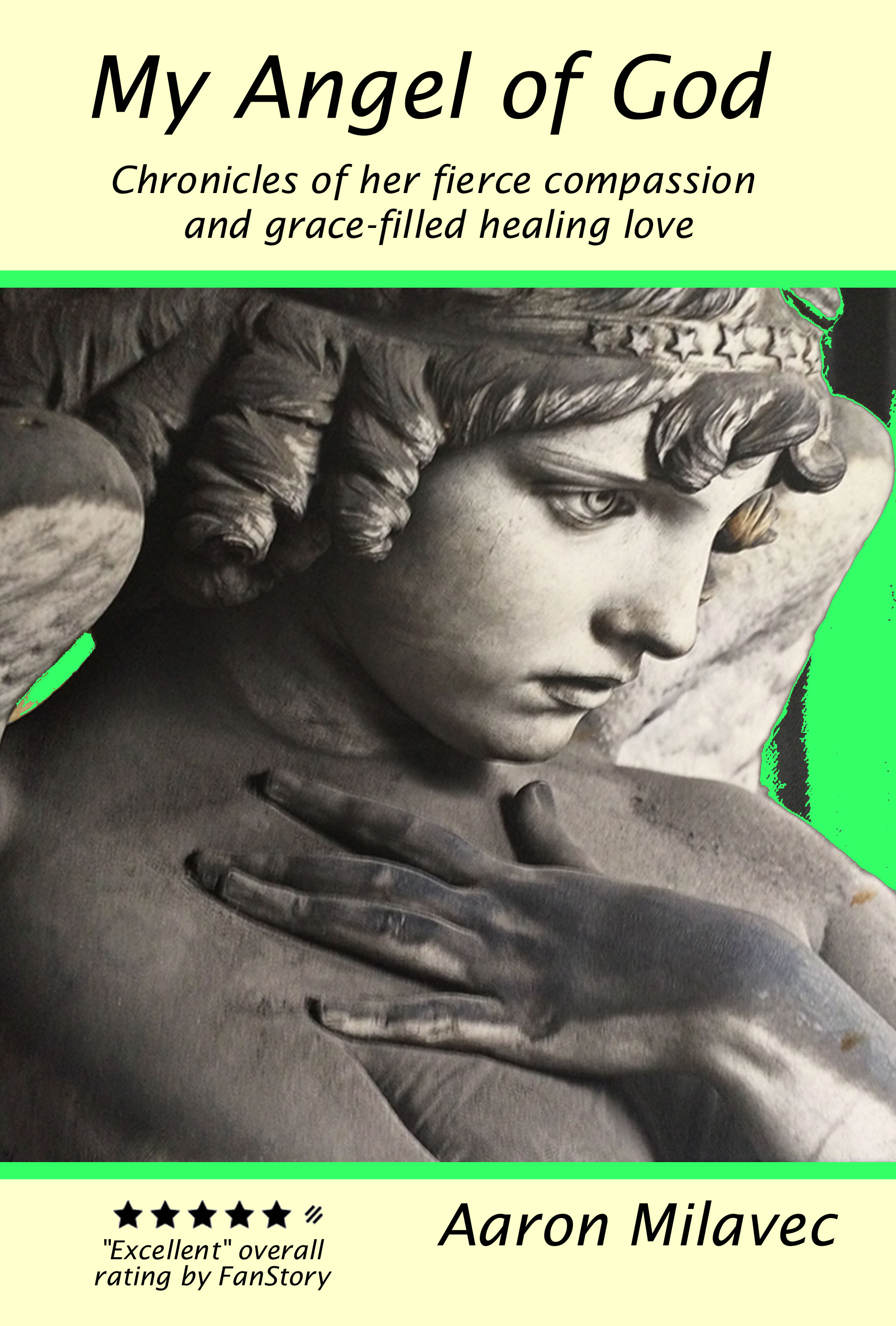 MY ANGEL OF GOD: Chronicles of her fierce compassion and grace-filled healing love -- This is an unusual and dangerous love story that I have tried to relate with honesty and insight. I have relied upon my journal entries and upon our love letters that I carefully preserved for thirty years.  Now that I am facing my own death, I want to share with family, friends, and writers those personal experiences that have shaped my life most profoundly.  Hence, I ask you, as my reader, to prepare yourself for a mind-bending and heart-rending experience. This is also a story of my faith and hope in the face of small "miracles" and enormous tragedies; hence, those who share my faith and hope are in for a special treat. Please advise me (a) by identifying [using "copy and paste"] those lines in my story that most moved you and (b) by offering your ideas on how I might improve my telling of the "chronicles of her fierce compassion and grace-filled healing love."


I am numb. Bitter tears have begun to dry on my face. I have been dancing to the songs of Tracy Chapman that my Angel shared with me. This music wondrously evokes her presence. Yet, now that the Angel of my life can no longer come to me nor can I go to her, the music brings with it, not the joys of anticipation, but waves of hollow sadness. Yet, as Valentine's Day approaches, I know that my Love and I will be united!

I have a rare love story to tell. Some would call it forbidden love. I would call it a holy and a healing love.  But I refuse to engage in a battle of empty words.  Rather I invite you, my reader, to decide this for yourself after you have the opportunity to learn the entire truth of how two lives were entirely transformed by the sacred healing power of love.

My Angel of God was getting ready to drive me off campus for lunch. True, I did not yet know that she was an Angel sent to me by God. But I would discover this soon enough.

My Angel had set 1:15 as our meeting time, but she was late. Oh, yes, angels can be late. I didn't know it then, but I was soon to learn this and many other wonderful things as well. This was the first Wednesday in April. The black asphalt in the parking lot was hot under my feet. A quiet expectation filled the midday air. I was waiting for the woman who would irrevocably change the whole course of my life.

This lunch invitation did not come immediately. I felt her presence three weeks earlier. We had both signed up for the same evening class. I didn't notice her during the class because she sat behind me. After our first class meeting, however, my angel-to-be spontaneously joined a circle of classmates who, in a rapid give and take, feverishly pushed to the limit some ideas that overheated our imaginations as a result of our class discussion. She just listened. She said nothing, but her eyes were brimming with lively intelligence. I remember thinking that this "mademoiselle" was somehow different. But I didn't know then just how different. . . .

After our second class, the same thing happened. But this time she stayed after all the others had left. It was dark out, so I suggested that we walk to her car together. We flipped through various topics. Each shift proved to be more personal. As we arrived at her car, she shared with me the importance she placed upon making and keeping friends. These were code words. She was actively checking me out. This shook me up a little. I was usually the one probing into the personal lives of women who interested me. In this case, however, she was the artful interrogator.

Her emotional intelligence impressed me, but, more so, I was haunted by how she addressed me. She spoke with a disarmingly transparency that did not turn aside (in modesty or in fear) even when she touched upon private thoughts and experiences. It was as though she was saying these things for the first time to another human being and was eager to taste, chew, and slowly digest absolutely everything I might say in reply. I felt she had something important she wanted to say to me but couldn't yet muster the courage to do so. She needed more trust to be built up between us first.

Thus, when we arrived at her car, she unlocked the door and then turned to face me with her intelligent eyes and suggested having lunch together on the day before our next class. I easily accepted. She was setting me up for her mysterious revelation, I could just bet a fistful of money on it. . . .

Just then, a sporty red Mazda pulled up in front of me. "Hi!" my luncheon companion shouted, "Climb on in!"

Her eyes were alive with the satisfaction of finding me exactly where she had expected me to be. Maybe she was even surprised that I actually showed up. I could not tell for sure. Just a hunch. Hence, she helped me maneuver the unfamiliar seat belt, and we sped away. On route, she explained that she was late because she decided to pass by the house to change out of her uniform. She wore a fresh, white blouse tucked into tan-colored Levis. I had no reason to suspect that she ever wore "a uniform," so I began by asking, "What was it that you were doing this morning?"

The give and take surrounding her profession as a physical therapist continued to occupy us right up to the restaurant and well into the start of the meal. We mutually selected a Chinese restaurant. I ordered Wonton Soup and an egg roll. She ordered the same.

For the next hour, I began to appreciate the healing aspects of her profession as a physical therapist. That very morning, a little girl of six had taken a few steps by herself and both the girl and her therapist were elated. She recounted in great detail the mixture of promise and disappointment that parents of injured children experienced as they returned week after week hoping against hope that their child might learn to walk again (or to walk for the first time). She was clearly a passionate healer and loved the deep sense of purpose that her profession gave her.

She recounted for me the secret of "unwinding the fascia," and I related this to what I knew from my practice of massage therapy. As she spoke, her hands touched me briefly from across the table. This happened three or four times during our conversation. These were natural gestures for her. It was almost as though her hands (like her words) were reaching out to me. I was reading her signs loud and clear.

I admired her therapeutic hands and imagined them artfully and gracefully holding, handling, healing. She wore no fingernail polish. I also detected telltale signs of fingernail biting. Was her history plagued by worry or nervousness? I couldn't know for sure, but I made a mental note to find out.

When we came to the healing power of touch, I had to acknowledge that I had formerly been healed by Carlie's touch. This interested her. She wanted to know more. So, she coyly asked, "If it wouldn't be too personal, tell me about Carlie."

"Sure. I would very much like to tell you about Carlie."

As I was telling her how I first met Carlie aboard a ship bound for France, tears began to collect in my eyes. These tears signaled the enormous gratitude reserved for someone who has saved my life! But that happened ten years ago. Was there something more to account for those tears? Maybe I was also feeling the loss of Carlie. My last two letters had been returned stamped with a black message, "Moved. Forwarding address unknown." Maybe I was secretly hoping that this new healer whom I had just met would become my lifelong friend. I don't know. None the less, I trusted her with my tears. . . .
My Angel later confided to me in a letter: "I saw the face of God as you shared the story of your healing through Carlie."

What an extraordinary thing to say. I was profoundly touched by her words. It was then that I realized that she was "my Angel" who constantly sees the face of God and delights in it. . . .


As she spoke, her hands touched me briefly from across the table. This happened three or four times during our conversation. These were natural gestures for her. It was almost as though her hands (like her words) were reaching out to me. I was reading her signs loud and clear.
Pays one point and 2 member cents.


© Copyright 2023. Aaron Milavec All rights reserved.
Aaron Milavec has granted FanStory.com, its affiliates and its syndicates non-exclusive rights to display this work.
Don't miss one of our own....
Read Kaiku


Dear God Thank You
God hears listens, answers and attends to my needs

Pays: One point. and 32 member cents
Copyright © 2000 - 2023 FanStory.com. All rights reserved. Terms under which this service is provided to you. Our privacy statement.
top
You Have No Rank
Share 4 posts to be ranked.