The Hidden Path by tfawcus

The Seal of Quality committee has rewarded him with 1 seals. He is also an active reviewer and is holding the #89 spot on the top ranked reviewer list. 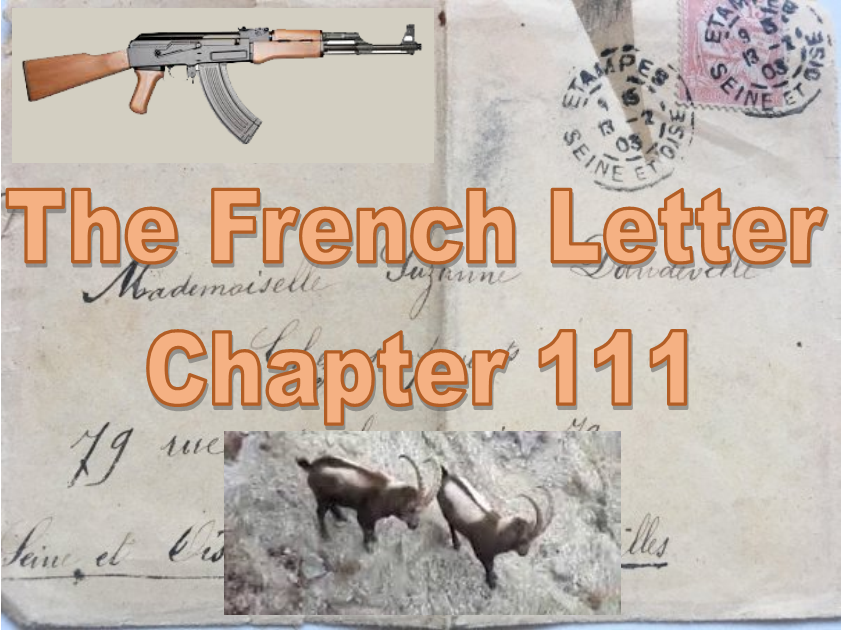 I picked up the briefcase and followed her down the veranda steps. Before we reached the corner that would take us out of view, we turned around. Mozama and Geeta had their arms around each other's shoulders as we waved goodbye

After having donned the entire fancy-dress costume in the privacy of Kayla's bedroom, I came back into the parlour. The women twittered behind their hands and then clapped. Minaxi held up a mirror. I looked every inch a hill tribesman. Pirouetting like a fashion model, I joined in the fun and suddenly produced the Khyber knife from beneath the folds of my garments and brandished it in their faces. Their stunned silence made me realise I'd caused offence. My red face and muttered apology seemed only to make things worse. There was an awkward silence before Minaxi said, "We should leave."

Minaxi tugged at my sleeve and pointed to a barren outcrop of rock just below the snowline. "We have to climb up there. After that, it is easier."

She set off at a pace that left me breathless. She had the agility of a mountain goat as she leapt from rock to rock. After a couple of hundred yards, she looked around to make sure I was keeping up. If it hadn't been for the damned briefcase, I'd have made a better showing, but I was unable to use both hands as she did, to steady myself on the steeper terrain.

When I caught up to her, she said, "Why do you carry that useless thing? It's empty, isn't it? Damaged, too."

"That's as maybe, but it contains

.a stronger magic than your mother's knife."

She looked at me in disbelief. "That's not possible. There is no stronger magic."

"If you must bring it, you'd better let me carry it, else night will fall before you get there." I could see the sense in what she said, and I handed it to her. "Give me the knife, too. I have an idea."

No sooner had I done so, that she cut through the thick twine she had used to mend the case, unthreaded it, and slashed the flap away. "Be careful," I said. "There's a homing device in the handle. It's important you don't damage the mechanism."

"Don't worry," she answered with a laugh. Flipping the case over, she plunged the knife into the good side twice, making holes about eighteen inches apart, and she threaded the twine through to form a makeshift belt. "There, that's better." She kissed the hilt of the knife before returning it to me then set off with the case strapped against the small of her back.

In deference to my clumsy progress, she travelled more slowly, giving me a hand up over the more difficult parts. By the time we reached the boulder, a sharp wind had sprung up and I was glad of the woollen jacket.

For the next few hundred yards, the track, if you could call it that, descended about a hundred feet into a narrow gorge. When we reached the bottom, she led me to a sheltered part of the rockface, where we were out of the wind.

"Where is your map. I'll show you where we are and how far you still have to go." I took it from my pocket and spread it on the ground, weighing down the corners with small rocks. She pointed to a spot about halfway between Mozama's house and the caves. "You're on your own from here. The path along this side of the gorge is easier. You'll have no need of my help. I must go home now to help my sister bring the goats in for milking."

I was disappointed to lose her company but realised it was for the best. There was no reason to expose her to the dangers ahead.

"You'll know when you have reached the caves," she said. "There are three tall deodar trees in an isolated group, and to the right of them, a fourth tree that has fallen. Climb up there, and about a hundred paces further on there is an overhang. The entrance to the main cave is directly below. Look for tracks made by the mountain goats. They will show you the easiest way down." I thanked her profusely, realising that I wouldn't have made it this far without her help.

"Good luck!" she said as she undid her makeshift belt of twine and handed me the case. I watched her skip back the way we'd come, leaping from side to side up the slope like a girl playing hopscotch. With only the low moan of wind in the trees for company, I suddenly felt very much alone.

To make matters worse, when I tried tying the twine around my waist, I found it wouldn't reach. My life as a travel writer and food critic had left me with a paunch of which, in more civilised circumstances, I was justifiably proud. Nonetheless, as Minaxi had said, the path was easier now, and I could make my way forward without much difficulty. From a distance, I must have looked like an itinerant conjurer with his suitcase full of impossible tricks; magic of a gentler sort for the delight of small children.

As I continued, I fell to wondering if Kayla was ahead of me on the regular track. She could as easily be heading in the opposite direction, whistling cheerfully to herself with a knapsack full of untold wealth. But why would she and Mozama have been poring over the map? No, I felt sure she would soon be approaching the caves, feeling as vulnerable and alone as I was. More likely, she had already reached it.

I was glad that Bisto wasn't with me. Dear old Bisto. He didn't deserve to share our fate. What more could he have done, anyway? Getting Ash away from Bumburet had been a vital service. Who knows what layers of complication his presence would have caused?

My musings were interrupted by a branch breaking, followed by a rockfall and a guttural curse. I shrank behind a small stand of juniper and waited. Movement on the other side of the gorge caught my eye. A small herd of ibex scattered, scrambling up the rocks. There was the sharp crack of a rifle, and the one closest to me crumpled to its knees and came crashing down. It landed less than thirty yards from my hiding place.

It wasn't long before a lone man came into view. He was carrying an AK-47, which he leant against a tree while he bent over his kill. It was a small specimen, I guessed not more than half-grown.

I made the most of my chance and stalked up on him while he was busy tying its legs together. Seizing his rifle, I brought the butt down on his head. He slumped forward, senseless. I rolled him onto his back and unfastened the belt of ammunition slung across his shoulder then drew Mozama's Khyber knife. A Pathan hill fighter would have had no qualms about slitting his throat. However, at that moment his eyes opened. He lay staring up at me in terror.

Finding myself unable to murder a defenceless man in cold blood, I took a few steps back, put the knife away, and motioned with the rifle for him to get up. The poor man struggled to his feet, and we stood facing each other while I considered what to do next.

Advertise With Us
The Supporting Pedestal
A life in progress

Pays: 8 points. and 57 member cents
Copyright © 2000 - 2020 FanStory.com. All rights reserved. Terms under which this service is provided to you. Our privacy statement.
top
You Have No Rank
Share 4 posts to be ranked.