He is an accomplished novelist and is currently at the #57 spot on the rankings.

An infant is born into some interesting circumstances

A chapter in the book I, Don Pattern 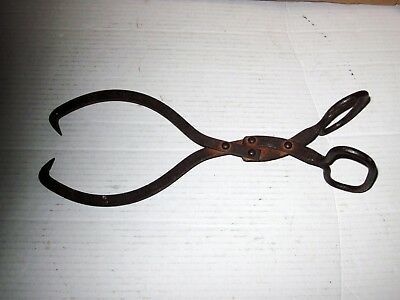 The nearest upgrade of civilization for a birthplace was this little town on the Mexican border where both my father's parents and my mother's parents were in the motel business. My mother could then at least count on the support of family and not solely upon my father who could be ordered back to the war. There was also a hospital in that town and more modern methods of medicine—supposedly.

Meanwhile, inside the womb, I was taking my bloody time arriving. This became a problem since my father had taken leave from his duty station to be present at my birth. It might have been me or it might have been the medical prognostication of the day for predicting things like birth date—it was probably both. The arrival date and my father's leave time soon became overdue. My father now had new orders to sunny California and had to GET GOING GET GOING GET GOING—HURRY UP LITTLE FOETUS—YOU ARE HOLDING UP THE FOOKING WAR!

So much pressure and so little ability to deal with it—I drifted back to the relam that I had suddenly been flushed down the tubes out of. I needed a long chat with somebody more knowledgeable. I knew that the Heavyweights of philosophical and metaphysical teaching were not available in that second or third rate class of realm that I had just departed. I had looked there for Jesus Christ, Gautama Buddha, and Mohammed, The Prophet and heard that they were all existing in realms far beyond my own. There were, however, some disciples of each kind on my level and they gathered in their individual coffee houses and wine bars where they could discuss their particular belief with members of their own choir.

In that realm I drifted back to the office of my old Punjabi Swami psychiatrist, Deepak Sadana. When I entered, Sadana started waving all eight of his arms and yelling, “Get the hell out of my office you moron and back to the fluid-filled sack—soon you will not even remember me! Your next lesson will be that of life itself.

And so I found myself back in the sack, holding up the war. I was also picking up on a lot of tension and conflict in the family motel business and a great deal of squabbling between the in-laws. So I refused to be born and, in that refusal, I grew larger in the womb; so that by the time I was actually forced to arrive I was huge...far too big for my mother's cervix and vagina...OUCH!! What a struggle and ordeal for both my mother and myself.

My head popped out...so far so good...not so fast. My head got stuck as well as the rest of me and the modern medical practice at that time was to resort to forceps. These were nothing more than ice pick tongs.The doctor then sunk this tool into my face, just behind the cheekbones on both sides and dragged me out. I had two little scars on my face well into childhood.

I just checked in the mirror—Oh my God...one of them is still there. It's morphed into an age wrinkle now, but I know what that line is at seventy four years of age even. Like I said...well into my childhood.

Can you imagine the pain endured by a sentient little cherub under these circumstances? I might imagine the pain, but to tell the truth, I really don't remember. I must have zoned out to another realm and the pain is only entered deep into my subconscious.

Subconscious: that's an area of existing outside of the normal blah blah blah yak yak yak consciousness. It's not easily accessible because there is a limit to what can be held in conscious focal awareness.

So there is this alternative storehouse of one's knowledge and prior experience that may well contain some painful experiences. Sigmund Freud, the guy that most people assume had things like this figured out, said that, “the subconscious mind has a purpose of its own that cannot be known to the conscious mind.” Swell.

Most of us are walking around thinking that we know everything and every little pronouncement that comes from our precious little minds is, of course, the absolute truth. What might be the case is that there is an entire agenda in all of us that directs things sometimes that we are not aware of. I think of it being like an area with a huge brass door that is not easily openable, and may even be sealed, although not completely. Stuff leaks out in bits and spurts. How?

There is a practice recommended down through the ages, by all faiths, and maybe even before recorded time, by the wisest of men and women. This practice is called meditation. More on that later because I'm trying to get back to the story of the pain of my birth.

I use meditation to help me with this story by focusing my attention. Lo...I hear the sound of my paternal grandmother's voice, loud and clear, commenting on the efficiency of the nearby airbase where she owns her motel, in the town where I am to be born. She has good reason to be buttering them up as we will soon see.

This airbase is not where my father is stationed since he is in a different branch of the service. It is a boon to the motel business since there are not enough living quarters to handle the stream of air corps personnel streaming in for the war. My grandparents are making a fortune, having built two motels before the war started—war profiteers you might say. Sounds like a pretty good and affluent situation to eventually inherit huh? Born into affluence: isn't that what we all wish had happened to us?

But what my little infant being is now picking up is that there is trouble brewing among the inlaws.

A quick overview of the motel business: My dad's Uncle Bill, who was my mother's step-father had the money and the original idea to build the motels in the first place. His sister, my dad's mother, was in a tight spot. Her husband, my dad's real father, had fallen ill in the late thirties and was no longer able to provide for his family. My dad's Uncle Bill packed up his sister, her ailing husband, and her teenaged son, my dad, and moved them from snow-bound Minnesota to the sunny climes of the Mexican border. There Uncle Bill and my teenaged dad built two motels from scratch.

Uncle Bill had enlisted in the army before World War One and had served as a motorcycle courier, to General “Black Jack” Pershing. Pershing wanted to get some combat experience before taking on the Germans in Europe. Pershing decided to chase the Mexican bandito, Pancho Villa, who had been raiding US border towns and making a pest of himself in Texas. That's how Uncle Bill got the idea for the border motels.

My dad’s real father did not last long after the motels were built and passed away leaving my grandmother a widow at only 39 years old and my sixteen-year-old future father, fatherless. My grandfather is thus buried in the same town where I was born. I used to joke with my dad when I got older and found out about reincarnation. Since my grandfather, my father, and I all share the same name, I told my father that I was my own grandfather. My father did not agree, but he once took me to see grandfather’s tombstone; there’s nothing on it but my name, no birthdates, no death dates, no fraternal order of the whatever--just my first and last name.

So at only 39 years old, my grandmother was still a very attractive woman and the wants and needs of a woman her age--you must realize. So here’s where the possibilities of inheriting a motel empire start to crumble into conflict: Enter one traveling candy salesman, a real charmer from back East somewhere. He has a wife already, but when he sees my grandmother, he just can’t help himself and the set up is too good to pass on--so he moves in on the situation, gets divorced from his poor wife back East somewhere, and marries my grandmother.

He is heavily resented by the rest of the family and is viewed as an opportunist by both my dad’s uncle and his wife, my mother’s mother. But my dad’s mom really wanted the big silver-tongued devil.

Add this: my mother’s mother is from New York City and does not like the Texas border town at all. My mom’s mom has quite a bit of fashion sense coming from the Big Apple and my dad’s mom has only lived in small towns. So when my mother’s mother buys herself a fashionable dress, my dad’s mom so admires it that she goes out and buys the very same dress…not understanding the faux pas at all. Well, can you imagine what in-law relations were like surrounding my birth…CANDY SALESMAN…BOUGHT THE SAME DRESS…YIKES! There goes the motel empire. The candy salesman is not nearly as talented as Uncle Bill; who then decides that he’s done his dash for his sister--now on to his own life. Too bad--I always loved Mexican food and motels after that.

So in review: Conceived in a speeding train sleeping car and destined to be born on the Mexican border where both my father’s parents and my mother’s parents were in the motel business. Just in case you missed this point, my mother and father are cousins by marriage—not by blood, as you might think that I'm an idiot—you may well think that anyway.

It is said that Karma, or life-pattern if you will, is the working of cause and effect.

Karma produces happiness through positive action and suffering through negative actions. Personal Karma means that you take on the karma of the family that you are born into.

Here I am baby—Signed, sealed and delivered, so to speak, back to the awfully solid and conditional realm of Earth.


I was surprised at how many readers so far had little idea about the so-called "afterlife." Well, who does for certain? My contrived fiction is based on certain metaphysical teachings that I have been attracted to. Of course, the names have been changed to protect the innocent.
Pays one point and 2 member cents.


© Copyright 2020. Carl DeVere All rights reserved.
Carl DeVere has granted FanStory.com, its affiliates and its syndicates non-exclusive rights to display this work.