Miracle in the Bush by Aussie

Aussie is a wheel - chair person with a passion for poems and short stories about Australia. She likes to express herself through both mediums. She is an an artist who likes to paint in all mediums. Writing has become an outlet for her as she is ext - more...

She is an accomplished poet and is currently at the #78 spot on the rankings.

Miracle in the Bush 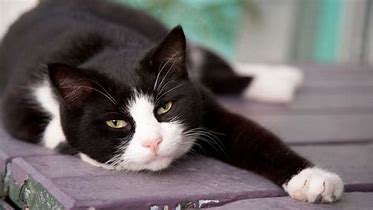 Way back in the nineties, I decided to move to the country. City life was so noisy and where I was living, I couldn't have animals.
So, I bought a large Queenslander house not far from a small township called Woodford. Still in regional Queensland. The house was in need of repairs as it had been built in the fifties as an overseer's house for a pineapple plantation. It had a tin roof and hardwood planking. A very solid house that I turned into an art gallery (eventually.)

It wasn't long before I was given two kittens from an abandoned litter. They were so small, I had to bottle-feed them, put them back to bed in a bedside drawer. They grew quickly over the next six months and their personalities started to bloom. Both black and white moggies, different temperaments. Ben was a big lovable dope. Peter, well, he was the hunter. His mind was sharp as a tack. Benny; he couldn't even catch a field mouse.

Wherever Peter hunted, Ben struggled to keep up with him. Then along came Emma. Emma was a wet-bedraggled kitten I found in a cage with her sister. Both for sale. I couldn't take both, one was decidedly sick. So, I took Emma home to sort the boys out. And she did just that. Emma became boss lady.

Winters in the country were very cold. I had my own bed-warmers. Emma on my shoulder, and the boys tangled up between my leg. So cold, I had a fan-heater to switch on when I had to make a comfort stop. Hilarious seeing us all tucked up for the night.

Summers in the country were a different kettle o' fish, the house having no insulation was so hot. Snakes were on the move looking for water and there was a dam close-by.
And so, Peter the hunter decided it was a great idea to pick-up juvenile red-bellied black snakes and bring them inside for me! The other two moggies got in on the act and it was a regular dance around the kitchen trying to dispatch these highly dangerous snakes.

I hate killing anything, but it was me or the snake. Apologising as I dispatched them with a shovel. I then decided it was time to either shut the cats inside or outside. They won out in the end because of the heat, it was outside for the night.

Across the road from my house was a huge paddock of long grass where cattle grazed. The road beside my house was dirt. At the top of the dirt road, the local vet lived. Every morning, she would hurtle down that road, flat out in her four-wheel drive vehicle. The dust she kicked up drifted straight into my kitchen, depending on which way the wind blew.

One morning she was late. Peter always wandered across the dirt road to go hunting in the long grass. Benny and Emma just waited for their ordinary, tinned cat breakfast.
Suddenly, the Vet flew down the road, clipped Peter and sent him flying into the grass. I hobbled across the road to where she had stopped. I couldn't walk quickly because I am an amputee.

"I'm so sorry, I didn't see the animal." She said, looking at her watch.
Too late now, you came down that road like a bat out of hell!"
"Well, he's either dead or...no point trying to find him amongst the tall grass. Let me know if you do find him, I will cover any damage."

She climbed back into her vehicle and kicked up gravel as she sped off to the surgery.

Every day at sunset, Benny crossed the dirt road and headed into the tall grasses. I guessed he was missing his brother.

I hoped that Peter met a painless death. Still, I had a strong feeling he was alive. The days rolled on until it were three weeks since Peter had been hit by the car. I was folding clothes, deep in thought, suddenly, a familiar meow assaulted my ears!

Peter dragged himself by his front paws to my bedroom. I was more than shocked to see him. I gently picked him up and laid him on my bed. I ran my hands over his body and could feel the heat coming from his crushed pelvis and legs.
I called the Vet and she came out and collected him to take him to her surgery for X-Rays.

"He's got a fractured pelvis and his back leg is broken in two places." She informed me.
After telling me that the pelvis would mend itself given time but his leg would be deformed and he would have a permanent limp. But, and it was a big but..."you will have to cage him for two months."

I was so upset at her findings and then had the audacity to tell me I would have to cage him. This was impossible with my disability.

And so, I made the decision to set him free. Yes, he was a hunter and if and when he healed, he would have been fair game for stray dogs, not being able to outrun them.
Peter went to heaven where he would be a whole cat, free and wild, running around God's green acres.
It was a terrible decision for me to make after he had dragged himself home to me. The vet also noted that 'someone had been feeding him.' Well, we know now Ben had been hunting for his brother everyday. Who said Benny was a dumb cat?

He was dumb in some respects, especially the night he brought a mouse inside, lost it and wondered where it was? Clever mouse was sitting underneath Ben's fat tummy, hiding where Ben would least expect to find him!


© Copyright 2020. Aussie All rights reserved.
Aussie has granted FanStory.com, its affiliates and its syndicates non-exclusive rights to display this work.

Advertise With Us
Minion's of Darkness
The Prologue and first chapter.