The Knock on the Door by Patty Palmer 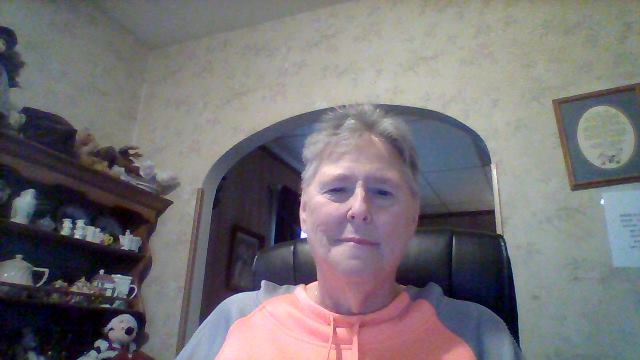 I've been writing poetry for several years now. Some are serious. Some are funny. Some are of a Christian faith. I pride myself in being able to write a poem about almost anything. Give me a subject and I'll give you a poem. It takes m - more...

She is an accomplished poet and is currently at the #88 spot on the rankings.

She is also an active reviewer and is holding the #26 spot on the top ranked reviewer list.

A visitor in the middle of the night!

The Knock on the Door

There was a knock on the door and it scared me to death! Who comes to your door in the middle of the night? Peeking out the window, I could see a female police officer standing at the door. Anxiously, I opened the door and let her in. Behind her stood a little girl with wide blue eyes that looked as though she'd been crying.

By now I had figured out what was going on. Just then the phone rang.
I excused myself for a moment to answer the phone. Picking up the receiver, I said, "You're too late!" I could see on Caller I D that It was our fostercare caseworker, Gina. She laughed at me. "Too late for what?"
I answered by asking her if her reason for calling had to do with a certain little girl. Gina asked if I would be willing to take a 3 year -old for overnight. Of course, we never said no. And they knew that!
The problem was her father had taken his daughter to the police station and told them that her mother would be there in the morning to pick her up! With that, he turned and walked out, not even saying goodbye to the little girl. Gina told me that this just happened about an hour ago.

I told her she needed to get on the stick! She asked if I had already heard from the police. She told me that the little girl's mother had a court hearing scheduled for 9:00 a.m. and that one of the caseworkers would pick her up on her way to work about 8:15a.m. She said the mother lived out of town, which was the reason she couldn't get there that night. I told her that would be fine.
Returning to the police lady and the little girl. After talking with the police lady, I turned around and the little girl walked right up to me and told me her name was Sally. The police officer said she was leaving. Sally said goodbye without a problem. It was 2:00 in the morning but I set out a couple of cookies and a glass of milk, which she devoured quickly, then told me she was tired.

Putting her to bed, I decked her out in one of my son's tee shirt. Sally wanted to tell me a secret, and she proceeded to tell me that she needed a diaper. Well, I didn't have any diapers so I told her not to worry because we had plastic sheets underneath the bottom sheet and if she had an accident, no one would be upset with her. She went to the bathroom then crawled into bed and fell right asleep. I took her clothes and washed them so she would look presentable at the hearing.

When I woke up in the morning I went to wake her up and I could smell a distinct smell coming from her direction. She had an accident of poop! It was everywhere! On her face, legs and even in her hair! I whisked her off to give her a bath and wash her hair. She was dressed and eating breakfast when the caseworker arrived. As she was ready to go out the door, she stopped and ran back to me and gave me a big hug, then she was gone. I wiped a tear and said a quick prayer to the Lord to do what was best for her.

There are so many children who need a warm place to sleep and food in their bellies. They are in care for different reasons, through no fault of their own. And yes, it's smart to have plastic sheets on the bed because an upset child could have an accident easily.
Pays one point and 2 member cents.


© Copyright 2020. Patty Palmer All rights reserved.
Patty Palmer has granted FanStory.com, its affiliates and its syndicates non-exclusive rights to display this work.